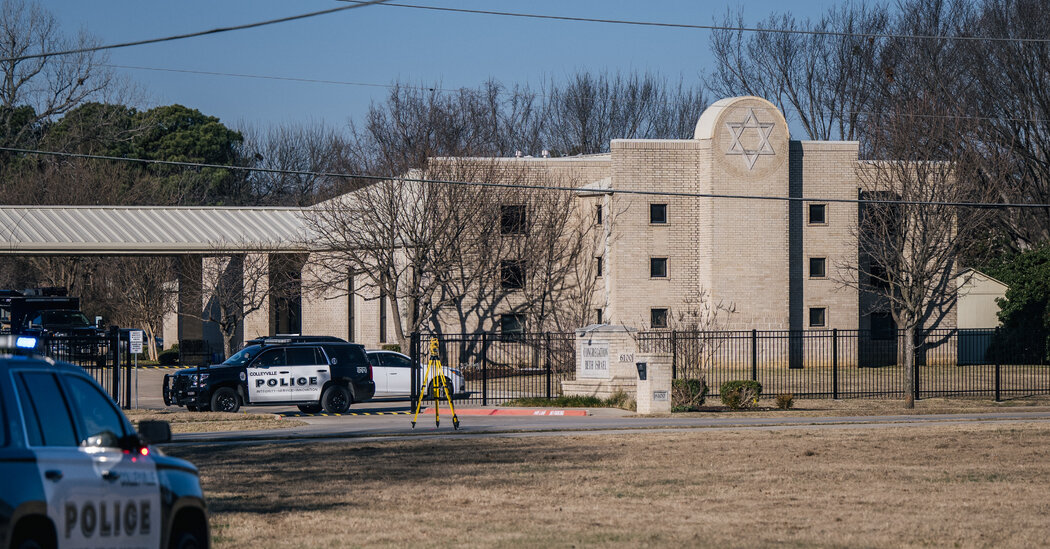 LONDON — Police officers in England arrested two more men on Wednesday in connection with a hostage situation at a Texas synagogue earlier this month.

A British man, Malik Faisal Akram, 44, who took four people hostage at the synagogue in Colleyville, Texas, was killed during the rescue that helped free the hostages unharmed.

Mr. Akram lived in Blackburn in northern England. The men arrested on Wednesday were taken into custody in the nearby city of Manchester as part of a local investigation by counterterrorism officers from the region, the police said in a statement, adding that they were “working closely with” the authorities in the United States. The men arrested on Wednesday were not identified, but the police said they remained in custody “for questioning.”

The arrests came after revelations from British and American officials that Mr. Akram, 44, had been “a subject of interest” on a security watch list of MI5, Britain’s domestic counterintelligence service. An investigation in 2020 by the agency concluded that Mr. Akram was not a terrorist threat at that time.

Mr. Akram traveled to the United States before the New Year. Mr. Akram’s brother, Gulbar Akram, described him after the hostage-taking as a deeply troubled man with mental health issues, but did not provide more details.

During an hourslong standoff at Congregation Beth Israel synagogue in Colleyville on Jan. 15, the F.B.I. said that Mr. Akram referred to Aafia Siddiqui, a Pakistani neuroscientist who was sentenced to 86 years in prison in 2010 for trying to kill American military officers in Afghanistan.

Experts have said that opposition to Ms. Siddiqui’s imprisonment has become a cause cited by jihadist militants in several countries. She is serving her sentence at a prison in Fort Worth, 24 miles from the synagogue that Mr. Akram targeted.

He was killed in the ensuing gunfire, after the last of the hostages emerged and a F.B.I. team entered the synagogue.

Local British police have made several previous arrests in relation to the standoff in Texas. Two teenagers were arrested on Jan. 16. in Manchester and later released without charge. The police said they had also searched an address in Manchester.

Two other men from the cities of Birmingham and Manchester were arrested for questioning on Jan 20. The police have appealed to the public to “remain vigilant” and to report any suspicious behavior. 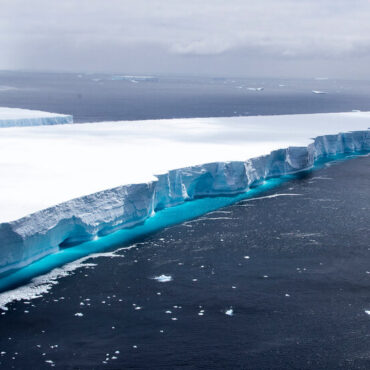 An Extraordinary Iceberg Is Gone, but Not Forgotten

Perhaps you remember iceberg A68a, which enjoyed a few minutes of fame back in 2017 when it broke off an ice shelf on the Antarctic Peninsula. Hardly your everyday iceberg, it was one of the biggest ever seen, more than 100 miles long and 30 miles wide.The iceberg drifted slowly through the icy Weddell Sea for a few years, before picking up steam as it entered the Southern Ocean. When […]