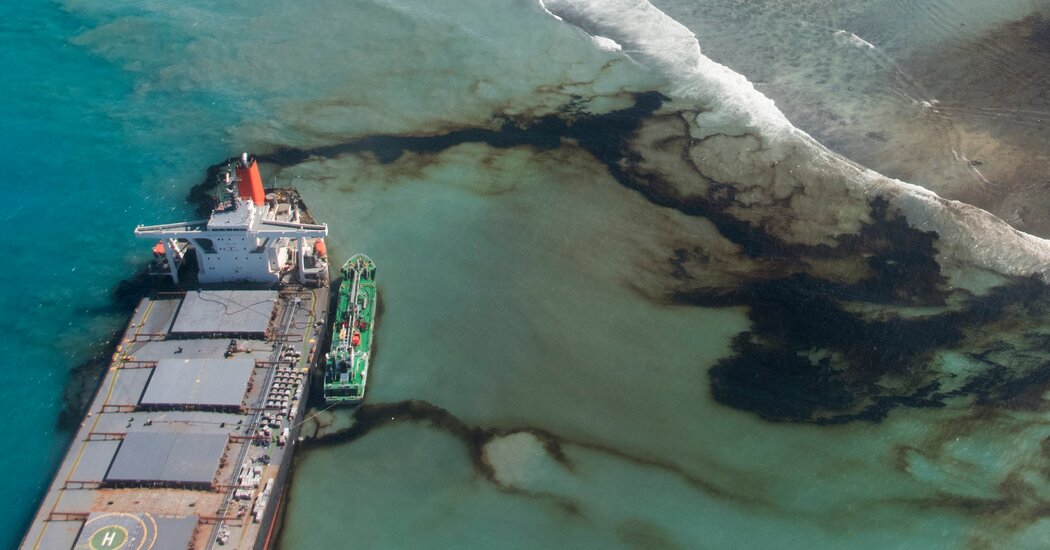 NAIROBI, Kenya — The captain and first officer of a ship that hit a coral reef and spilled toxic fuel off the coast of Mauritius last year in the worst environmental disaster in the island nation’s recent history have pleaded guilty to endangering safe navigation.

The spill was an environmental calamity for Mauritius, an Indian Ocean nation off the coast of East Africa that is famous for its stunning beaches and lagoons. It destroyed the livelihoods of fishermen and tourism workers and threatened biodiversity hot spots, including prominent snorkeling and diving areas.

The captain, Sunil Kumar Nandeshwar, and the first officer, Subodha Tilakaratna, entered their pleas Monday in a hearing at the Intermediate Court in the capital, Port Louis, according to Mr. Tilakaratna’s lawyer. Mr. Nandeshwar had admitted to drinking during a party on the ship, which was carrying 200 tons of diesel and 3,800 tons of fuel oil, when it ran aground in July 2020.

But the charges — for conduct “likely to endanger the safe navigation of the ship or to cause interference or annoyance to the other persons on board” — are among the lightest criminal ones under Mauritian law, and the two are likely to be freed soon, the lawyer, Amira Peeroo, said.

The offenses carry a fine of 50,000 rupees, $1,140, or a maximum prison sentence of two years. But since both men were denied bail following their arrests in August 2020, the two will be deemed to have served their prison terms and freed after sentencing on Dec. 27, Ms. Peeroo said.

“Pleading guilty would allow them to go back to their families and avoid the time a lengthy criminal trial would take,” she said in an interview.

The Mauritius environment ministry and the attorney general’s office did not immediately respond to requests for comment.

After the ship — the MV Wakashio, a Japanese-owned, Panama-flagged carrier — ran aground, its hull cracked, leaking 1,000 tons of toxic fuel.

Grass-roots cleanup efforts quickly sprang up, as Mauritians and others created booms from hair and fabric to contain the oil, started social media campaigns to create awareness and collected thousands of dollars to support the volunteers. At least three people died during the cleanup efforts, the authorities said.

The authorities eventually sank the vessel despite opposition from activists, who worried it would worsen contamination of areas with diverse coral and fish species. In the ensuing weeks, the carcasses of more than 50 whales and dolphins washed ashore, according to the environmental group Greenpeace, leading to huge protests against what was seen as government inaction in investigating why the ship strayed off course.

The government promised to get to the root of the crisis, and it set up a body to study what happened. The findings are still pending.

Some Mauritians remained unsatisfied on Tuesday, demanding more disclosures from their government as well as plans for averting future disasters in fragile marine areas.

“These court proceedings did not get to the bottom of things,” Reuben Pillay, an environmental activist, said. “We still have zero answers.” 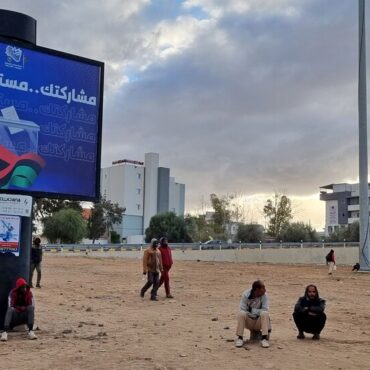 Libya’s Long-Awaited Election Will Most Likely Be Delayed

TUNIS — Nearly 100 candidates declared they were running for president, a few of them among the most prominent in Libyan politics. More than a third of Libyans registered to vote, and most signaled their intention to cast ballots.Western leaders and United Nations officials had thrown their support behind the election, one they said represented the best hope of reunifying and pacifying a country still largely divided in two and […]