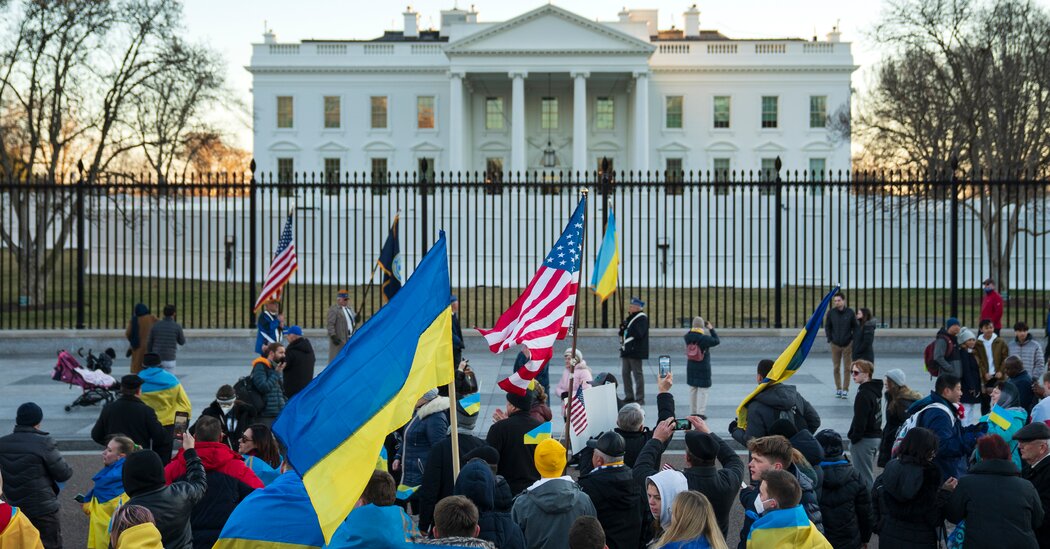 As Russia appeared to be preparing for a military incursion into Ukraine, diaspora groups in cities worldwide took to the streets to express solidarity with friends and family back home — waving Ukrainian flags, singing nationalist songs and holding placards denouncing President Vladimir V. Putin of Russia.

The demonstrations this weekend, including in Washington, and cities in Belgium, France, Italy and Spain, were a vivid symbol of Ukrainian national feeling, the thing that Mr. Putin, who has assembled a massive military force on the country’s borders, has dismissed as a myth.

In central London, where some 200 people gathered, the bishop of the Ukrainian Catholic Church, Kenneth Nowakowski, led a group singing “The Duckling Swims,” a mournful Ukrainian folk hymn about a young man going off to war. A few shed tears.

Ukrainians gather annually to commemorate dozens of protesters killed in 2014, as security forces cracked down on a demonstration in Kyiv’s Maidan Square against Viktor Yanukovych, the pro-Russia president at the time. The protests followed Mr. Yanukovych’s rejection, under pressure from Russia, of a deal with the European Union, and eventually led to his ouster.

That, in turn, precipitated the Russian invasion of the Crimean Peninsula and of the eastern region known as the Donbas, which is now held by pro-Russia separatists.

“It was both a terrifying and great moment for our country” that unified Ukrainians, said Ilya Chshyryi, 30, who moved to London from Kyiv eight months ago and recalled taking to the streets with his father in 2014. “But eight years later, things feel more pressing than ever,” he said.

Marina Sorina, 47, who is from Kharkiv, Ukraine, near the Russian border, and who helped stage a protest of 100 people in the northern Italian city of Verona on Sunday, called the situation “sad deja vu.”

“It looks like we didn’t scream enough, we didn’t do enough,” she said.

Many who attended demonstrations described efforts to send medical supplies to Ukraine for soldiers as well as for territorial defense units being formed from the civilian population and military veterans.

“We’re looking at a potentially catastrophic loss of life, and Ukraine is already suffering economically,” said Vlodko Pawluk, 58, who heads the London branch of the Association for Ukrainians in Great Britain. He said his organization was working with other groups to quickly raise about $70,000 in humanitarian aid.

Some who gathered said they were torn — happy to be living in peace in London, yet wanting to join their countrymen at a moment of peril.

Orysya Novetsky, 37, from Lviv in western Ukraine, said her mother and brother who had been visiting her in Britain were desperately trying to get back to defend their home.

“We’ve lived with the uncertainty for eight years now, and while you can never get used it, people are simply ready to fight back, no matter what happens,” Ms. Novetsky said.

In some cities, protesters from Russia and Belarus joined rallies as a symbol of their support. “It seems to us fundamental to sustain peace,” said Olga Prokopieva, a Russian native, who joined a protest in Paris on Saturday, adding that “it’s not by weapons and military force that we are going to make friends.” 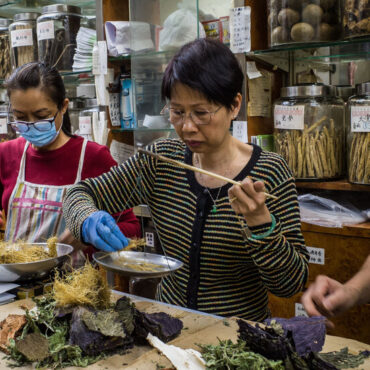 After deploying armies of workers to lock down residents and announcing plans to build a large makeshift hospital, the authorities in Hong Kong are taking another strategy out of China’s coronavirus playbook: using traditional Chinese medicine to treat Covid-19 patients.Chinese state news media announced on Sunday that the mainland government had donated 150,000 boxes of traditional Chinese medicine to Hong Kong in an effort to help the city tamp down […]