A Bad Start for Russia 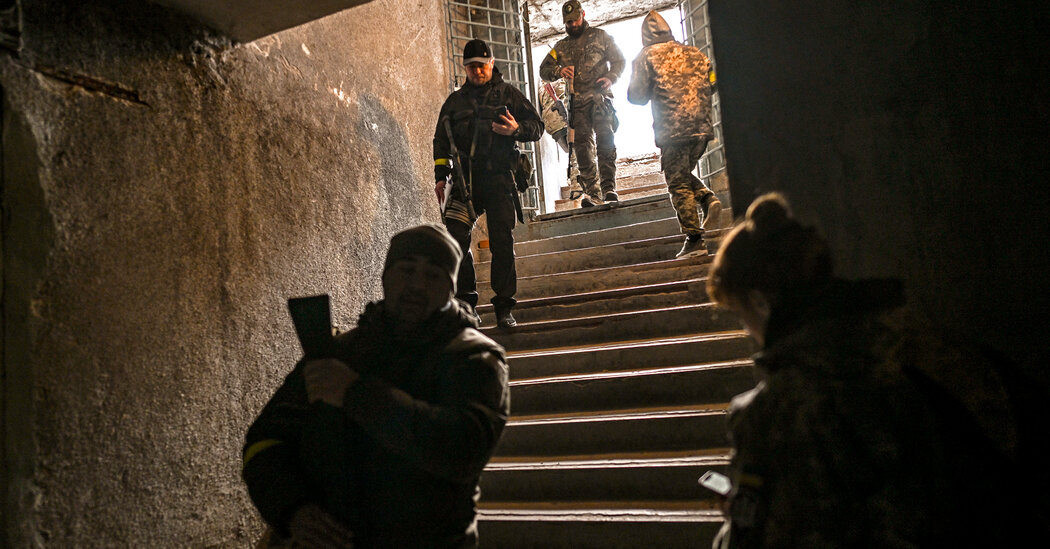 The initial days of the Ukrainian invasion have not gone well for Russia.

The Russian military has taken no major cities, and video from Ukraine has shown scorched Russian vehicles and dead soldiers. Contrary to what President Vladimir Putin and his aides apparently expected — and what many Westerners feared — Ukraine’s government did not fall within a matter of days.

But military experts caution against confusing a war’s initial days with its likely result. Russia has now begun to use even more brutal tactics, including a bombardment of a residential area in Kharkiv, Ukraine’s second-largest city, home to universities and long considered a center of national culture. This morning, a large explosion hit the center of the city.

“We’re only in the opening days of this, and Putin has a lot of cards to play,” Douglas Lute, a former U.S. ambassador to NATO, told The Times. “It’s too early to be triumphalist, and there are a lot of Russian capabilities not employed yet.”

The Russian military has an established strategy for taking over hostile cities, one it has used in both Syria and Chechnya. The strategy revolves around firing missiles and bombs into residential neighborhoods, both to destroy infrastructure and to terrify civilians into fleeing, before advancing into the city on the ground, as my colleague Steven Erlanger explains.

Many analysts predict that Putin will take a similar approach in Ukraine, killing thousands of civilians to avoid a humiliating quagmire. “A big fear among U.S. military officials is that Russia, having suffered initial setbacks, will unleash a huge bombardment of missiles and airstrikes on not only Kyiv, but other cities where there’s serious resistance,” my colleague Eric Schmitt said.

Still, there is a high degree of uncertainty about what will happen in the coming days.

Ukrainian troops and civilians continue to resist the invasion. “It’s amazing how citizens have fought back,” said Valerie Hopkins, a Times correspondent now in Kyiv. They have thrown Molotov cocktails, engaged Russian troops in street fights and even tried to repel Russian tanks with their bodies. “The spirit is very strong,” Volodymyr Yermolenko, a Ukrainian philosopher, told Michelle Goldberg of Times Opinion.

Ukrainians’ efforts to defend their country are having an effect. Russia has not yet won control of the airspace over Ukraine, and the Ukrainian military has been surprisingly successful at downing Russian planes and helicopters. “But American analysts have always said air defenses were one of Ukraine’s main vulnerabilities,” Eric added, “so we’ll see how long they can keep it up.”

The U.S. and its allies are also trying to help Ukraine — albeit without sending troops. Western European countries are sending ammunition, missiles and other equipment, while Turkey has sent drones that seem to have played a role in destroying Russian convoys. The U.S., E.U. and Britain — after initially imposing relatively cautious sanctions against Russia, as I explained last week — have also become more aggressive in the last few days.

At the heart of those sanctions are measures to isolate Russian banks, including the country’s central bank, effectively strangling the Russian economy by denying it cash.

Switzerland yesterday said it was departing from its usual policy of neutrality and freezing Russian assets in its banks, which many oligarchs use. The Biden administration, similarly, said that it was freezing the Russian central bank’s assets in the U.S. “The move on the central bank is absolutely shocking in its sweeping wording,” Adam Tooze, the director of the European Institute at Columbia University, told The Times.

(Tooze goes into more detail about economic warfare on the latest episode of “The Ezra Klein Show.”)

There are early signs that the sanctions are having some of their intended effects. The ruble has lost about 20 percent of its value versus the euro since Sunday. Russian stocks have plummeted, too.

A declining currency reduces the buying power of Russian consumers and businesses, by making all foreign goods more expensive. The falling currency and stock prices also seem to be causing anxiety among many Russians. In some cities, customers have lined up at A.T.M.s, fearful that cash will run out. “Such economic instability could stoke popular unhappiness and even unrest,” my colleagues Patricia Cohen and Jeanna Smialek note.

Russia “got a bloody nose in the early days of the war,” said Michael Kofman, a military expert at CNA, a think tank near Washington. “However, we are only at the beginning of this war, and much of the euphoric optimism about the way the first 96 hours have gone belies the situation on the ground and the reality that the worst may yet be to come.”

There were an unusual number of big-budget video games released over the past two months, including a Pokémon game, the robo-dinosaur adventure Horizon Forbidden West, and Elden Ring, a fantasy epic co-written by the “Game of Thrones” creator George R.R. Martin.

Normally, the busiest time for game releases is the holiday season. But several factors came together to make this a packed start to the year.

One of them is Covid. When game studios around the world were forced to work from home, it took months to adjust to the new rhythm. Many developers subsequently delayed their games, resulting in an early 2022 pileup.

Another factor, as Nicole Carpenter explains at Polygon, is that publishers are discovering that people will buy blockbuster games outside the holiday season. Horizon Zero Dawn, for instance, came out in February 2017 and sold well, which gave Sony confidence that its sequel, Forbidden West, could succeed in February five years later. — German Lopez, a Morning writer

For more: A review in The Guardian calls Elden Ring “the finest video game yet made.”

The pangram from yesterday’s Spelling Bee was billboard. Here is today’s puzzle — or you can play online. 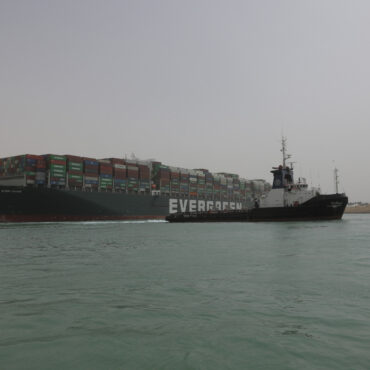 Prices are set to rise by as much as 10 per cent Cash-strapped Egypt increased transit fees for ships passing through the Suez Canal, one of the world’s most crucial waterways, with hikes of up to 10%, officials said. The Suez Canal Authority said on its website the increases were “in line with the significant growth in global trade” and cited the canal’s “development and enhancement of the transit service”. […]