A Canadian Leader with Ukrainian Roots Ranks Putin as One of Most ‘Reviled European Dictators.’ 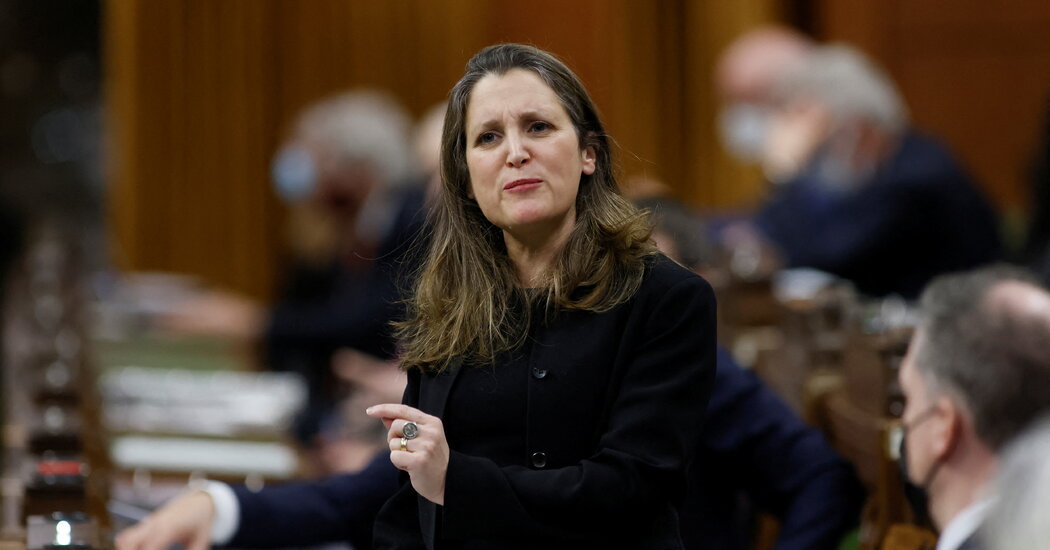 In Canada, a country with one of the world’s largest Ukrainian diasporas, Russia’s invasion of Ukraine has been met with particularly visceral emotion, including from the deputy prime minister, Chrystia Freeland, the daughter of a Ukrainian-Canadian mother.

Speaking after Russia invaded Ukraine this week, Ms. Freeland, who lived for a time in Ukraine as a student in the late 1980s, said that President Vladimir V. Putin had cemented his place “in the ranks of the reviled European dictators who caused such carnage in the 20th century.”

“The horrific human costs of this cruel invasion are the direct and personal responsibility of Vladimir Putin,” she said in a speech peppered with Russian and Ukrainian, adding: “To my own Ukrainian-Canadian community, let me say this: Now is the time for us to be strong as we support our friends and family in Ukraine.”

Brought up in Alberta amid Canada’s close-knit Ukrainian community, Ms. Freeland, a former Moscow bureau chief for The Financial Times and author of a book about Russia, has a strong connection to Ukraine.

While a student at Harvard University in the late 1980s, she did a university exchange program in Kyiv. During the heady days of glasnost, in the run-up to the Soviet Union’s disintegration, she was involved in 1988 and 1989 in the Ukrainian independence movement, and was tailed by the KGB. She was even given a code name: Frida.

Under the leadership of Prime Minister Justin Trudeau and Ms. Freeland, Canada has taken a strong stance against Russian aggression. This week it unveiled financial sanctions against 62 Russian individuals and entities, including members of the Russian elite, and halted all export permits.

Amid concerns of a new European refugee crisis as Ukrainians flee the country, the Canadian government said Canadian Armed Forces in Poland were also prepared to help with humanitarian efforts, while Mr. Trudeau said Thursday that Canada would prioritize immigration applications for Ukrainians.

Last year, Simon Miles, an assistant professor in the Sanford School of Public Policy at Duke University, wrote in the Globe and Mail, a leading Canadian newspaper, that while Ms. Freeland was pursued by the KGB in the late 1980s, she earned the spy agency’s admiration by outfoxing them. Among other things, he wrote, she evaded interception by sending material out of Ukraine via a diplomatic pouch at the Canadian embassy in Moscow.

Citing material from the KGB archives, Mr. Miles wrote that the KGB had tried to stymie Ms. Freeland, including by having her teacher at a university in Kyiv increase her academic workload. But again, she foiled the secret police because her fluent Ukrainian allowed her to ace her course work, without attending class.

Last year, Ms. Freeland recalled her days as a student in Ukraine. “I am aware that my work with pro-democracy and environmental activists invoked the ire of the Soviet KGB. I remember being the target of smear campaigns in the Soviet press,” she told the Globe and Mail.

“Though I was eventually forced to leave the country, I have no regrets about my time in Ukraine during the Soviet period. Out of this experience, what struck me, very powerfully, was how quickly a rotten political system could collapse, and how important the work of brave dissidents could be.” 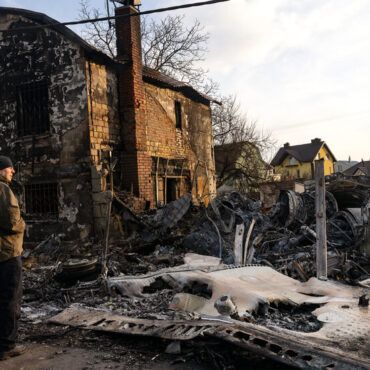 Russia’s Assault in Ukraine Slows After an Aggressive Start

WASHINGTON — For the Russian military, the difficult part came quickly.On the first day of President Vladimir V. Putin’s invasion of Ukraine, his generals and troops followed a textbook strategy for land invasions. They attacked the country’s military installations and air defense systems with missiles launched from the air, sea and land, seeking to take ownership of the skies, and sped forces to Kyiv, the capital, with the goal of […]