A Fellini Museum, as Lavish as His Movies 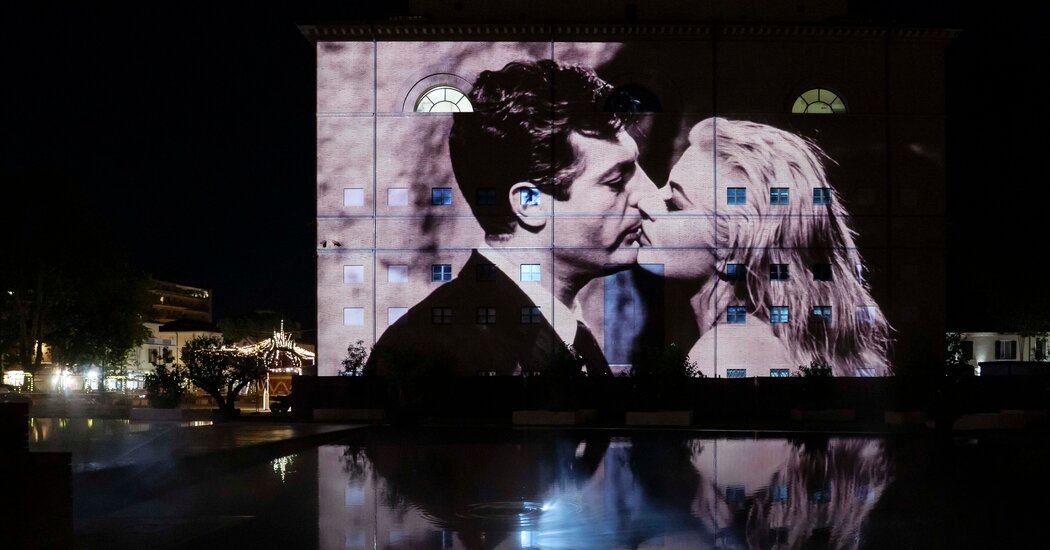 RIMINI, Italy — Federico Fellini is one of a select group of movie directors to have gotten an Oxford English Dictionary-sanctioned adjective: “Felliniesque,” which is defined as “fantastic, bizarre; lavish, extravagant.”

That description could easily apply to the Fellini Museum, which opened in the Italian coast city of Rimini — the director’s birthplace — earlier this month: a multimedia project that draws visitors into Fellini’s idiosyncratic cinematic universe.

The museum is at turns fantastic (pages from the so-called “Book of Dreams,” Fellini’s drawings and musings on his nighttime reveries, appear on a wall when visitors blow on a feather); lavish (it includes outlandish costumes from the liturgical fashion show in his 1972 film “Roma”); and bizarre (what to make of a gigantic plush sculpture of the actress Anita Eckberg, which visitors can recline on to watch scenes from “La Dolce Vita?”).

“We wanted a museum that would go beyond primary resources exhibited in showcases, and allow the visitor to become an engaged spectator,” said Marco Bertozzi, a professor of film at the Iuav University of Venice, who curated the museum with the art historian Anna Villari.

The museum occupies two historic buildings, with a large piazza in between, effectively reconfiguring a significant part of Rimini’s downtown.

“It’s an operation that changed the face of the city,” said Marco Leonetti, one of the city officials who oversaw the project. Along with the museum sites, the same square includes a theater bombed and destroyed in World War II, now meticulously reconstructed and reopened in 2018, as well as a refurbished medieval building that was turned into a contemporary art museum, which opened a year ago.

Rimini’s administrators are hoping the museum will attract both longtime Fellini aficionados and those who were too young to see his films in movie theaters. They hope the latter group will be entertained by the installations and interactive screens (now on automatic mode because of the pandemic) that offer insights into Fellini’s rich imagination.

“The museum works as a sort of time machine,” said Leonardo Sangiorgi, one of the founders of the Milan-based art collective Studio Azzurro, which created the museum’s multimedia displays, allowing spectators to savor the details and nuances of Fellini’s films.

In the Castel Sismondo, a Renaisance-era castle that is one of the museum’s buildings, installations featuring the people the director worked with and the places he captured in celluloid plunge visitors into Fellini-land.

One of the first rooms is dedicated to Fellini’s wife, Giulietta Masina, who starred in “La Strada” (1956) and “Nights of Cabiria” (1957), movies that won back to back Oscars for Best Foreign Language Film and brought Fellini into the international limelight.

Fellini went on to win two other Oscars in that category, for “8 ½”(1963) and “Amarcord,” (1974), and Masina is the only person Fellini thanked by name in his acceptance speech at the 1993 Oscars for an honorary award “in recognition of his place as one of the screen’s master storytellers.” Fellini died seven months later, on Oct. 31.

There are interactive panels, some memorabilia, including pages from music scores by Fellini’s collaborator, Nino Rota, and a reconstruction of the director’s library (with books by Georges Simenon and Kafka but also Collodi’s “Pinocchio”). There are photos galore and many clips from his films, obtained after long negotiations with the copyright owners. If you had the patience, and time, it would take around six hours to see them all, Bertozzi said.

The second venue is in an 18th-century palazzo whose ground floor is occupied by the Fulgor Cinema, where Fellini discovered cinema in his youth, Leonetti said, and later immortalized in “Amarcord,” Fellini’s coming-of-age montage of fascist-era Rimini. (In an interview in the documentary “Fellini: I’m a Born Liar,” the director said the Rimini he had “completely reconstructed” in “Amarcord” “belongs more to my life than the other, topographically accurate, Rimini.”)

The Fulgor was restructured by the production designer Dante Ferretti, who worked with Fellini on five films, and it reopened in 2018 as a working movie theater. An exhibition area on the floors above is expected to be inaugurated in October.

Calls for a museum to Fellini began in Rimini shortly after the filmmaker’s death. The city named a prominent seaside park, a piazza and a primary school after him, and several streets now carry the name of his films. But, even so, there remained a sense that Fellini had been somewhat overlooked at home.

The Fellini Museum project picked up steam in early 2018, when the Italian culture ministry allocated 12 million euros, about $14 million, toward its creation. Originally scheduled to open in 2020, to coincide with the 100th anniversary of his birth, the coronavirus put a wrench in the timing.

Fellini was no stranger to controversy. When “La Dolce Vita” hit the screens in 1960, it caused a national scandal, including a parliamentary debate and the scathing reaction of the Vatican’s official newspaper, the Osservatore Romano, which called it “disgusting.” (Times have changed. This month the Osservatore Romano published a glowing review of the museum.)

A redesign of the Piazza Malatesta to accompany the museum’s opening provoked similar disdain from heritage protection groups.

“They’ve transformed the piazza into something meant to attract tourists, not thinking of the city’s residents,” said Guido Bartolucci, the president of the local branch of the Italia Nostra conservation group.

The piazza now includes a large circular bench, meant to evoke the actors’ ring-around-the-rosey in the final scene in “8 ½,” with revolving stools in the middle for children to spin around on. There’s also a life-size statue of the rhinoceros from “And the Ship Sails On” (1983); city officials had to put a “Do Not Ride” sign next to it, to stop people climbing on top.

But the element that has irritated some locals the most is an enormous fountain that sprays mist every half-hour, evoking the Rimini fog featured in some of Fellini’s films.

Bartolucci said the fountain violates Italy’s strict heritage laws, because it encroaches on historical remains in Rimini’s subsoil. Officials could have redeveloped another part of the city, he said, adding that the decision to transform the piazza was taken with little public debate or input.

Italia Nostra has proposed turning Castel Sismondo into a museum to showcase Rimini’s hidden history, from its Roman past to its Renaissance heyday, in that way that would nurture “a sense of community” for residents, Bartolucci said. “Instead, the Fellini Museum has canceled the name of the castle,” he said.

Leonetti, the city official, said “Putting armor into rooms isn’t the only way to make a castle live,” and added that the new piazza had supplanted a parking lot and a downscale market. In the few weeks since it was opened to the public, “it’s become a place where people gather” he said.

On a hot morning last week, several children splashed happily in the fountain, while their parents looked on. “If the kids like it, then we got it right,” Leonetti said. 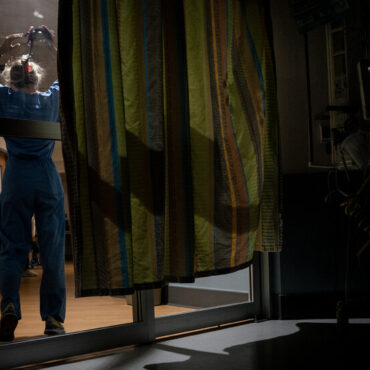 After Hurricane Ida lashed Louisiana on Sunday, hospitals in the storm’s path were assessing building damage, bracing for storm-related injuries and determining how to continue Covid-19 care this week, all while being forced to run on generators for at least several days.“Our hospital is at capacity,” said Ryan Cross, a spokesman for Our Lady of the Lake Regional Medical Center, which was busy treating its estimated 150 coronavirus patients Monday […]