A Hole, a Tunnel, a 32-Yard Crawl: Palestinians Still Free After Rare Escape 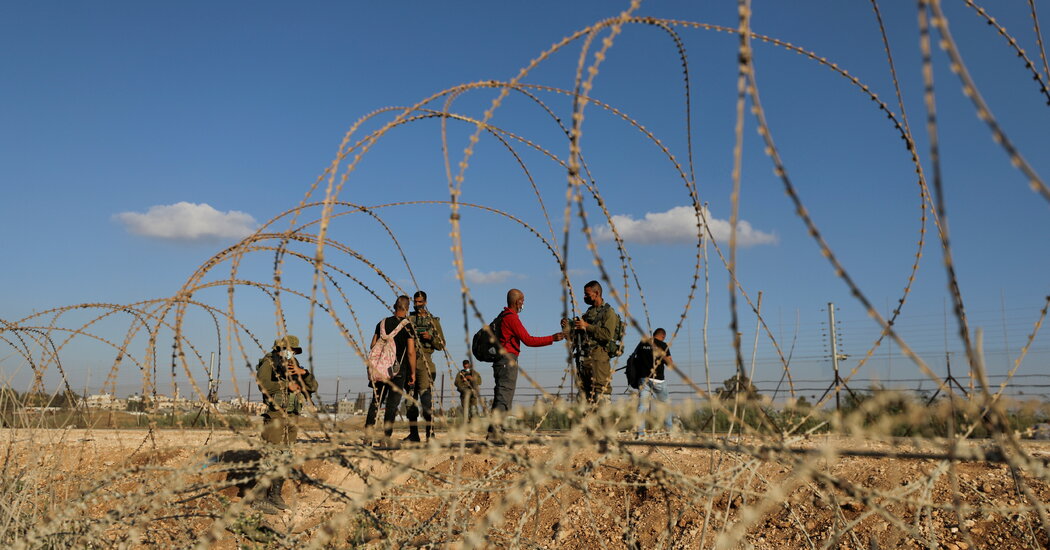 JERUSALEM — It was about 1:30 a.m. on Monday morning when the first prisoner poked his head up through a hole in a dirt track in northeast Israel and hauled himself above ground.

Then came a second man, then a third. Within about 10 minutes, three more Palestinian prisoners had emerged from the hole, after improbably crawling nearly 32 yards from their cell inside prison, one of Israel’s seven maximum-security jails.

The six militants have since vanished, in what prison officials say is the biggest Palestinian jailbreak in 23 years.

Against the backdrop of the Jewish new year celebrations, the escape prompted a still-fruitless manhunt across northern Israel and the occupied West Bank on Tuesday, involving hundreds of police officers and soldiers at dozens of roadblocks. The incident constitutes a rare humiliation of the Israeli security establishment and has provoked alarm about the security lapses that may have aided the fugitives’ escape.

And it has set off a cascade of rumor and humor, filling social media with memes comparing the escape to the plots of Hollywood movies, as well as unconfirmed hearsay about how the militants escaped.

What is certain is that the six men left their shared cell by removing a small part of the floor of their communal shower cubicle, video released by the prison service showed. Then they lowered themselves into a pre-existing subterranean cavity that extended beneath the prison and toward its perimeter, allowing them to evade 40 prison guards, three watchtowers, two walls, two barbed-wire fences and a pack of sniffer dogs, said a spokeswoman for the prison service, who spoke on the condition of anonymity to discuss the details of the escape.

At least part of their escape route was dug by the prisoners themselves, the spokeswoman added, though military experts were still assessing the extent of their digging, how long they took and the tools they used.

Surveillance cameras captured the men emerging from the hole in farmland southeast of the prison around 1:30 a.m., the spokeswoman said. But prison, police and military officials were unable to confirm widely circulated reports that the fugitives dug their way to the surface using a spoon.

The six men were among about 5,000 Palestinians incarcerated in Israeli prisons after being convicted or accused of militant activity. Five are members of Palestinian Islamic Jihad, a militant Islamist group, the prison service said.

The sixth is the most widely known, and also the odd one out: Zakaria Zubeidi, a 45-year-old former commander in the Aqsa Martyrs’ Brigades, an armed group loosely linked to Fatah, the secular political party that dominates Palestinian institutions in the West Bank.

Mr. Zubeidi became a prominent militant leader in the second Palestinian intifada, or uprising, during the 2000s and was accused of orchestrating several terrorist attacks on Israelis but was not apprehended. He was included in a general amnesty in 2007. About 3,000 Palestinians and 1,000 Israelis were killed in the intifada.

Mr. Zubeidi later renounced violence, turning instead to political theater and becoming a leader of the Freedom Theater in Jenin, his hometown in the northern West Bank.

But Israeli officials investigated him again in 2019, arresting him for alleged involvement in recent West Bank attacks on Israeli settlers, including an attempted murder. He was being held in Gilboa, a maximum-security jail about four miles north of the West Bank, pending a trial verdict.

Four of his cellmates were longtime convicts, each sentenced to life in jail for various terrorist offenses, the prison service said. Two of them — Muhammad and Mahmoud al-Arida — were brothers, both convicted of attempted murder. A third, Eham Kamamji, was jailed for kidnapping and killing an Israeli teenager, Eliyahu Asheri. A fourth, Yacoub Kadiri, was sentenced to two life sentences for attempted murder and planting a bomb.

The fifth fugitive, Munadil Nafayat, had yet to be charged.

All six were from the Jenin area, about 10 miles southwest of Gilboa — a fact that led Israeli commentators to question why such high-profile prisoners had been allowed to be incarcerated so close to their families and support network, some of whom could have helped the prisoners plan and execute their escape.

Other lapses that may have aided the escape included the publication of a blueprint of the prison on an architectural firm’s website; the failure of prison authorities to switch on a jamming device that would have prevented the prisoners from communicating on mobile phones smuggled into the prison; and the decision to group these prisoners in the same cell, even though three of them had been deemed a flight risk.

Security officials did not confirm reports in the Israeli news media that a prison guard had fallen asleep in a watchtower while the prisoners made their escape.

Among Palestinians, their escape was widely hailed as a heroic act of resistance to Israeli occupation. Israeli prisons cast a long shadow over Palestinian life; most Palestinians know someone either currently or formerly in detention.

“The lack of freedom we experience as Palestinians is the reason why everyone got moved by this,” Yehia Zubeidi, the younger brother of Zakaria Zubeidi, said in a telephone interview. “The whole thing has to do more with our demand for freedom than the actual escape operation.”

The younger Mr. Zubeidi said he had not heard from his brother since his escape, nor did he expect him to break cover by returning home.

Mr. Zubeidi and his fellow fugitives may instead have last been seen by a taxi driver who saw several figures behaving suspiciously in fields near the prison early on Monday morning, the driver said in an interview with the Yediot Ahronot newspaper. The driver later alerted the police, in what is believed to be the moment the authorities were first made aware of the possibility of a jailbreak.

The six fugitives were confirmed missing fully two hours after their escape, after a roll call of all 400 prisoners at Gilboa, the prison service said.

About 80 prisoners have since been moved to other jails as a precaution, while the Gilboa prison authorities search the site for signs of other escape routes.

As of Tuesday evening, the fugitives remained at large amid fears from Israeli officials that the longer they remained free, the likelier it would be that their escape could lead to a violent confrontation. In 1987, five Islamic Jihad members also escaped from an Israeli jail, an act that is associated with the start of the first intifada.

Speaking on condition of anonymity to speak about an active investigation, a security official said three people were arrested Tuesday in Naura, an Arab village close to the prison in northern Israel, on suspicion of assisting the fugitives.

A second security official said that the investigators leading the manhunt believed the six divided into groups shortly after the escape. 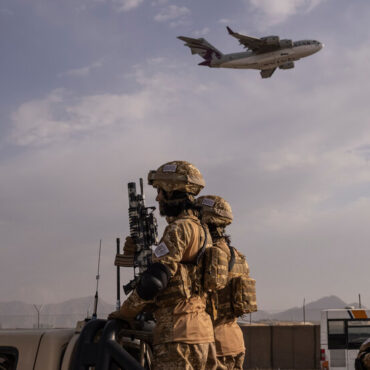 From Afghanistan to the World Cup, Tiny, Wealthy Qatar Steps Up

DOHA, Qatar — As chaos took over the United States’ last-minute efforts to evacuate more than 120,000 of its citizens and partners from Afghanistan last month, a tiny, wealthy country that many Americans would struggle to find on a map suddenly found itself uniquely placed to help out.Qatar, a sandy, sun-baked peninsula in the Persian Gulf, received about 60,000 Americans and Afghans, more than any other country. And with its […]