A Nobel Prize for Stephen Hawking That Might Have Been 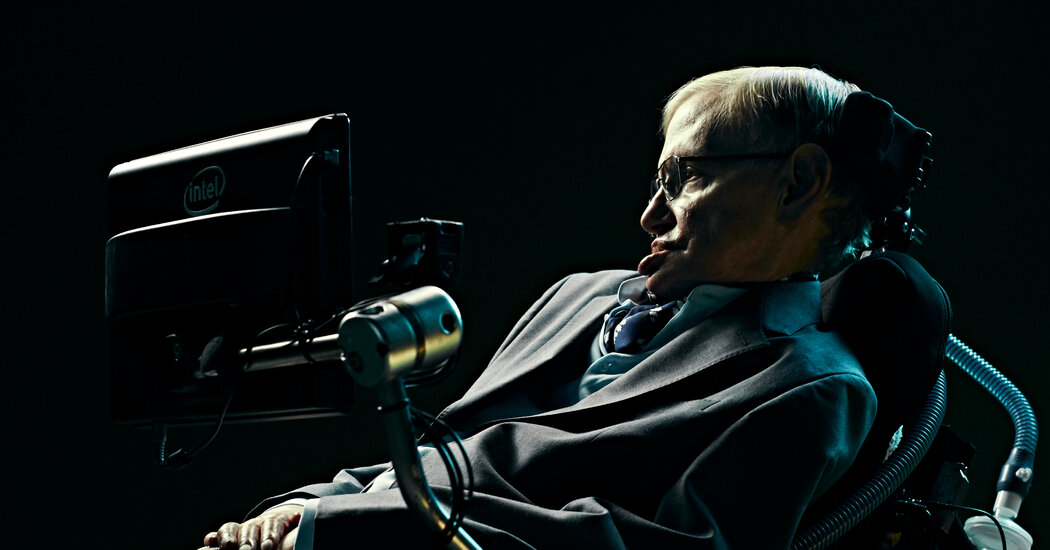 Did death cheat Stephen Hawking of a Nobel Prize?

When the iconic physicist died on March 14, 2018, data was already in hand that could confirm an ominous and far-reaching prediction he had made more than four decades before. Dr. Hawking had posited that black holes, those maws of gravitational doom, could only grow larger, never smaller — swallowing information as they went and so threatening our ability to trace the history of the universe.

That data was obtained in 2015 when the Laser Interferometer Gravitational-Wave Observatory, or LIGO, recorded signals from two massive black holes that had collided and created an even more massive black hole.

Dr. Hawking’s prediction was a first crucial step in a series of insights about black holes that have transformed modern physics. At stake is whether Einsteinian gravity, which shapes the larger universe, plays by the same rules as quantum mechanics, the paradoxical rules that prevail inside the atom.

A confirmation of Dr. Hawking’s prediction was published this summer in Physical Review Letters. A team led by Maximiliano Isi, a physicist at the Massachusetts Institute of Technology, and his colleagues had spent years digging into the details of the LIGO results, and in July they finally announced that Dr. Hawking was right, at least for this particular black hole collision.

“It’s an exciting test because it’s a long-desired result that cannot be achieved in a lab on Earth,” Matthew Giesler, a researcher at Cornell University and part of Dr. Isi’s team, said in an email. “This test required studying the merger of two black holes over a billion light years away and simply could not be accomplished without LIGO and its unprecedented detectors.”

Nobody claims to know the mind of the Nobel Prize committee, and the names of people nominated for the prize are held secret for another 50 years. But many scientists agree that Dr. Isi’s confirmation of Dr. Hawking’s prediction could have made Dr. Hawking — and his co-authors on a definitive paper about it — eligible for a Nobel Prize.

Nobel Prize week returned on Monday, when certain scientists hope for a phone call anointing them as laureates and summoning them to a lavish ceremony in Stockholm on Dec. 10. (This year, because of the pandemic, the prizes will be handed out in the winners’ home countries.)

Dr. Hawking, arguably one of the most celebrated and honored researchers, never won a Nobel and now never will. His story is a reminder of how the ultimate prestige award is subject to the fickleness of fate.

The dumbing of the universe

The story begins in 1970, as Dr. Hawking was getting ready for bed one evening — an arduous task for a man already half paralyzed with amyotrophic lateral sclerosis, or Lou Gehrig’s disease.

He had been thinking about black holes — objects with gravity so strong that not even light can escape them, according to Albert Einstein’s theory of general relativity. They are portholes to infinity.

Every black hole is surrounded by an event horizon, an invisible bubble marking the boundary of no return; whatever enters will never exit. Dr. Hawking realized that Einstein’s theory also meant that a black hole’s event horizon could never decrease. A black hole only gains mass, so the total surface area of its event horizon only grows.

It was a bold idea. Nature didn’t have to work that way. What if black holes could split in two, or splatter off each other and disappear, like soap bubbles?

Dr. Hawking’s insight became a keystone of a 1973 paper, “The Four Laws of Black Hole Mechanics,” that he wrote with James Bardeen, now at the University of Washington, and Brandon Carter, now at the French National Center for Scientific Research.

These laws also contained a troubling conclusion for physics called the “no hair” theorem. The surface area of an event horizon is a measure of all the information swallowed by a black hole. It is all the same to a black hole whether it consumes matter or antimatter, a Tesla or a Volkswagen, an ostrich or a whale. Black holes have only three properties: mass, spin and electric charge. No other details, or “hair,” register.

This theorem meant that as a black hole grows older and its event horizon grows bigger, the amount of information lost about what is inside would also grow. The universe would grow dumber and dumber, hiding more and more of the details of its past, including perhaps your existence. The conundrum deepened in 1974 when Dr. Hawking calculated that quantum effects would cause a black hole to slowly leak and explode.

The quest to understand what happens to information in a black hole has transformed fundamental physics and energized a generation of young theorists. At stake is whether Einsteinian gravity, which governs the cosmos, and quantum mechanics, which governs the microcosm, play by the same rules.

“It all started with Hawking’s realization that the total horizon area of black holes can never go down,” Dr. Isi said.

But with no black holes to experiment on, Dr. Hawking’s ideas could not be tested.

LIGO to the rescue

LIGO would change that. This was the promise Kip Thorne, a theoretical physicist at the California Institute of Technology and one of LIGO’s founders, made to Dr. Hawking in 2003. The new array would be able to sort out the properties of black holes by the time Dr. Hawking turned 70 in 2012.

“Your gift is that our gravitational-wave detectors — LIGO, GEO, Virgo and LISA — will test your Golden Age black-hole predictions, and they will begin to do so well before your 70th birthday,” Dr. Thorne recently recalled telling him.

It took longer than that — until Sept. 14, 2015 — for LIGO to observe its first epochal event: two colliding black holes. By matching the detected wave patterns with computer simulations, the LIGO team concluded that one of the black holes was 36 times as massive as our sun and the other was 29 times as massive — equaling 65 suns total. The collision resulted in a new black hole with a mass of about 62 suns. Three suns worth of energy had disappeared into the gravitational waves that shook the universe.

The observation confirmed not only the existence of gravitational waves, as Einstein had predicted 100 years earlier, but provided the first direct evidence of black holes.

A leaked copy of the discovery paper reached Dr. Hawking a few days before the official announcement of the findings. He was startled to find no mention of the four laws of black hole mechanics, or of the possibility that the discovery might test them. He Skyped Dr. Thorne, an author of the paper.

“Steven is quite surprised,” Dr. Thorne wrote to his colleagues.

Nobody had thought to check the laws of black hole mechanics, and it was too late to add anything to the paper. Moreover, as Dr. Thorne explained recently, the data were too noisy to measure the size of the newly formed black hole well enough to confirm Dr. Hawking’s theory.

In 2017, Dr. Giesler, then a graduate student at Caltech, and his colleagues used numerical simulations of the colliding black holes to look more deeply into the doomsday swirl.

When a newly merged black hole forms, it vibrates. Like a drum, it generates a fundamental tone as well as harmonics — overtones or undertones. The overtones turned out to be surprisingly loud early in the merger process, Dr. Giesler found. Using these overtones, in 2019 he and his colleagues proved the “no hair” theorem, which states that black holes can be described by only three parameters.

Would this have earned Dr. Hawking the Nobel Prize if he were still alive?

“I don’t feel comfortable speculating,” said Dr. Thorne, who in 2017 shared the Nobel Prize in Physics for his part in developing LIGO.

Andrew Strominger of Harvard, a longtime collaborator with Dr. Hawking said, “I am not privy to the deliberations of the Nobel committee, but Hawking could already have been included in this prize were he still living. Certainly these most recent experiments would make the case even stronger.”

Daniel Holz, an astrophysicist at the University of Chicago who is part of the LIGO collaboration but not part of Dr. Isi’s team, called the result “crazy cool.”

“Arguably it’s an observational confirmation of one of his predictions,” he said. “I would hope that the Nobel committee realized this.”

The physics prize has always gravitated toward practical and experimental discoveries; even Einstein won the award for explaining the photoelectric effect, not for relativity. The furthest the Nobel committee has gone in theoretical astrophysics lately was in 2020, when Roger Penrose of Oxford University was awarded the prize for proving that black holes were possible in the universe.

But he shared the prize with two astronomers, Reinhard Genzel, of the Max Planck Institute for Extraterrestrial Physics, and Andrea Ghez, of the University of California, Los Angeles, who had both studied the supermassive black hole in the center of the Milky Way.

Even if Dr. Hawking had still been alive when his black-hole area theorem was proved, it would have been hard to fit him in — a Nobel Prize can be awarded to three people at most. And what about Dr. Bardeen and Dr. Carter, Dr. Hawking’s co-authors? And Dr. Isi’s team?

Dr. Hawking would not be the first scientist to have died too soon for a possible Nobel Prize.

“I have been told that the Nobel committee regretted not giving a prize to Hubble,” wrote Michael Turner, a prominent cosmologist now working for the Kavli Foundation in Los Angeles, in an email, referring to the astronomer Edwin Hubble, who discovered the expansion of the universe. “But he died first.”

Robert Brout, a theoretical physicist at the Université Libre de Bruxelles, would likely have been included in the 2013 Nobel Prize for predicting the existence of the Higgs boson, along with his colleague François Englert and Peter Higgs of the University of Edinburgh, had he not died in 2011.

Ronald Drever of the University of Glasgow, one of the founders of LIGO, might well have shared the 2017 Nobel with Dr. Thorne and Rainer Weiss of M.I.T. had he not died in early 2017. His spot was filled by Barry C. Barish of Caltech.

Dr. Hawking rests next to Isaac Newton and Charles Darwin in Westminster Abbey. Maybe that’s better than spending a winter in Stockholm. 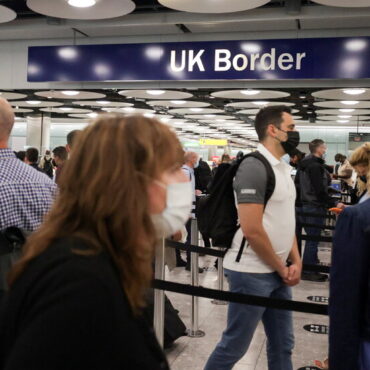 LONDON — Britain on Monday streamlined England’s coronavirus restrictions on international travel in and out of the country and eased testing and quarantine requirements for fully vaccinated arrivals, citing the success of its vaccination campaign.The change, which went into effect at 4 a.m. local time, replaced a three-tier traffic light-inspired system with a single “red” list of countries and territories that present the highest risk.Critics had complained that the old […]