A Pakistan Photographer Rushes to Save the Past 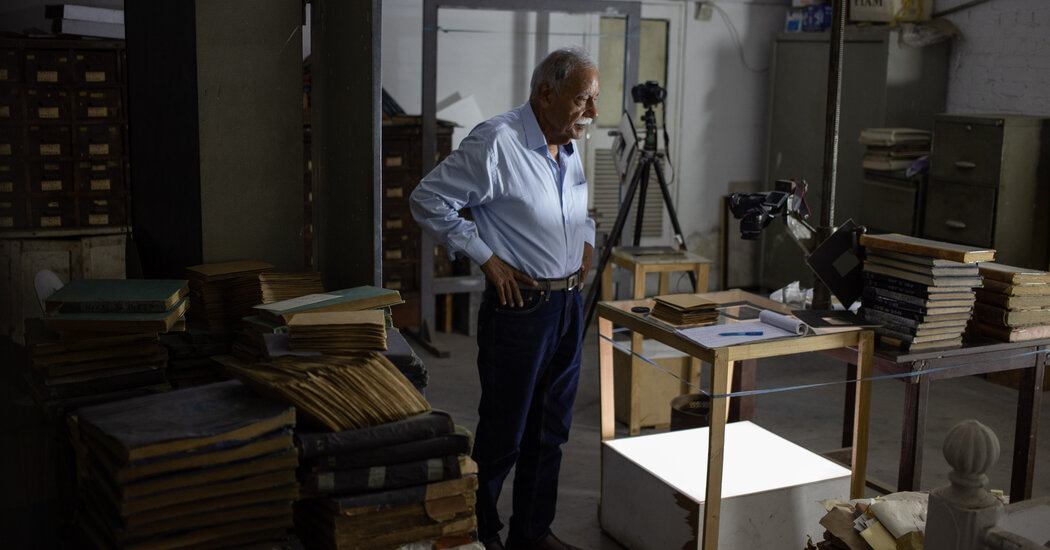 LAHORE, Pakistan — Before Shahid Zaidi was born, before his home was an independent country, his father opened a portrait studio and captured the nation’s emerging history.

His father, Syed Mohammad Ali Zaidi, captured a Hindu couple in 1939. The man wore a conservative double-breasted suit, hair slicked, while the woman sported a sari, with earrings dangling and bangles on her wrists, the exact colors eluding the black-and-white negative.

The next year he captured a Muslim couple, listed as Mr. and Mrs. Mohammad Abbas, the bride in a shimmer-trimmed shalwar kameez and a matha patti, an ornamental headpiece, and the groom resplendent in a qulla, a wedding turban.

Word spread about his studio, and Syed Mohammed Ali Zaidi’s customers began to include the elite of the new nation of Pakistan. He photographed Muhammad Ali Jinnah, the lawyer turned separatist who became the modern country’s founder. He photographed Liaquat Ali Khan, the first prime minister, who was cut down by an assassin’s bullets in 1951.

Shahid Zaidi, 79, wants to preserve that history. He has assembled a small team to create digital versions of the images his father began capturing at his studio in Lahore 91 years ago. He aims to put the complete collection online so that families can find their ancestors and explore Pakistan’s coming-of-age.

“It’s my responsibility,” said Mr. Zaidi. “We have images that belong to somebody. They may want them or never want them. That’s beside the point. As far as I’m concerned, I owe them something.”

It won’t be easy. The studio, called Zaidis Photographers, houses an extensive archive of around half a million negatives. Though he won some financial support from the United States Institute of Peace, which promotes conflict resolution, he is funding the rest himself.

The elder Zaidi opened the studio in 1930, when he rented a piece of prime real estate on The Mall, a British-era thoroughfare in Pakistan’s second-largest city. Despite its sought-after location, the studio struggled to find customers in a tough economy.

The elder Zaidi “had the courage, the commitment, and the wisdom to do this when he had nothing else,” said Mr. Zaidi, who grew up in the studio.

Mr. Zaidi left for London as a young man to study film. He returned for a stint to Pakistan with his wife, Farida, in a Volkswagen bus, almost bartering his Leica camera in Tehran in exchange for gas. The pair later moved to Reno, Nev., where Mr. Zaidi worked as a director of photography for a studio portraiture company.

When his cousin, who had been running the studio, called Mr. Zaidi in the 1980s to ask him to take over the business, he felt he had to return. “There was something in me telling me, ‘You’ve got to go back,’” he said. “‘That’s your father’s work.’”

Mr. Zaidi and two young colleagues photograph each negative with a digital camera and add names, dates and watermarks to the files, drawing from stacks of notebooks where customers wrote their personal information by hand.

When he travels around Pakistan, Mr. Zaidi said, he meets people whose family histories are connected to the studio. “There’s always some kind of a story relating to some photographs that were taken by us,” he said.

Today the studio is flanked by chain restaurants and a luxury watch shop. The studio’s archival effort has progressed in fits and starts, depending on the amount of funding available. Keeping a portrait business open in an era of ubiquitous selfies isn’t easy, Mr. Zaidi said. He admits he hasn’t fully kept up with the times because changes in photography and Pakistani society don’t sit right with him. He shoots with a digital camera but prefers the style and format of his old, analog setup.

If he doesn’t finish preserving the photos, Mr. Zaidi said, he fears history will be lost. To his knowledge, few of his father’s contemporaries preserved their archives.

“Every day that I spend over here,” Mr. Zaidi said, “I learn something of what he went through to achieve what he did.” 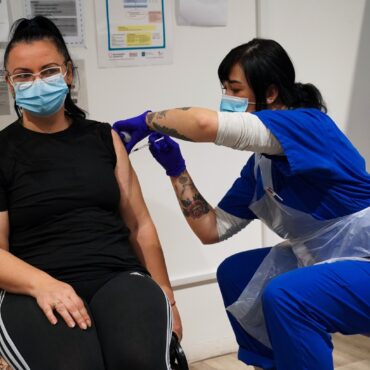 Two NHS doctors on the front line in the fight against Covid-19 have taken to TikTok to encourage people to get vaccinated. Dr Karan Raj, a surgeon with 4.3 million followers, and Dr Emeka Okorocha, who works in accident and emergency medicine and has 242,000 followers, swapped their NHS wards to spend Saturday morning answering questions, in person and online, at a pop-up vaccination centre in an east London shopping […]