A Portrait of Abortion 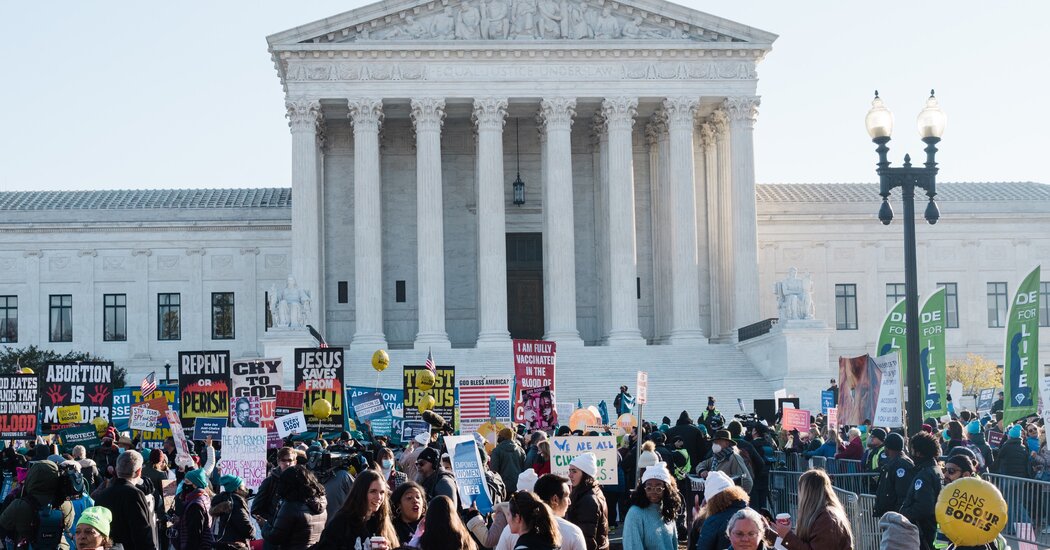 The Supreme Court seems all but certain to rewrite the country’s abortion laws when it rules in coming months on a case from Mississippi. But the real-world effects of that ruling will differ enormously depending on how far the justices go.

In one scenario, only a small share of abortions now being conducted in the U.S. — less than 2 percent, perhaps — would become illegal. In another scenario, the ruling could lead to sweeping changes in abortion access and a large decline in abortions.

That’s one of the takeaways from a statistical portrait of abortion in the U.S., created by my colleagues Margot Sanger-Katz, Claire Cain Miller and Quoctrung Bui.

During oral arguments at the Supreme Court this month, all six Republican-appointed justices suggested that they would uphold the Mississippi law, which bans abortion after 15 weeks of pregnancy. It is less clear whether the justices will go further, scrapping Roe v. Wade entirely and allowing states to outlaw all abortions.

Chief Justice John Roberts seemed to favor a narrower ruling that would make 15 weeks the new cutoff, down from about 23 weeks under current law. Roberts noted during oral arguments that most other countries substantially restricted abortion at 15 weeks of pregnancy or earlier, and he called that threshold “the thing that is at issue before us today.”

Together, those facts mean that a narrow ruling upholding the Mississippi law might cause less than 2 percent of current abortions to become illegal.

To be clear, a ruling like that would matter. It would repudiate decades of legal precedent. It would stop thousands of abortions that opponents find especially offensive, because they end of the lives of fetuses well into their development. It would also restrict access in ways that abortion rights advocates consider especially cruel, because thousands of mostly lower-income women would lose control of their own bodies and be forced to complete pregnancies.

Yet such a ruling would not affect the vast majority of abortions in America. Which may be why Roberts — who worries about the court’s political standing and prefers to tread cautiously on many issues — seems to find this option appealing.

The other plausible scenario is a complete repeal of Roe. In response, experts expect that more than 20 states, now accounting for about one-third of abortions, might enact near-total bans.

Some of the women in these states would travel to places where abortion remained legal, while others would receive illegal abortions. But many who previously would have ended a pregnancy could no longer do so. Abortion policies in these states would become among the most restrictive in the world.

It would represent the kind of sweeping change that only rarely happens in American life.

Which of the two scenarios is more likely? Nobody outside the Supreme Court can be sure, because discussions among the justices after oral arguments often shape rulings in unexpected ways. But many court analysts think a more sweeping ruling is probable.

The oral arguments shaped that analysis: All five Republican-appointed justices other than Roberts seemed interested in a complete repeal of Roe v. Wade. And on a nine-member court, five obviously makes a majority. Before the arguments, court watchers thought that either Amy Coney Barrett or Brett Kavanaugh might provide a fifth vote for the compromise outcome.

Adam Liptak, who covers the Supreme Court for The Times, has a habit of reminding his colleagues that court decisions are often unpredictable. That lesson seems particularly important in a case that the justices know will help define their legacies. But the chances of a fundamental change in abortion policy are not small.

Play outside, kids: Even in winter.

Olympic prodigy: Chloe Kim built a life outside of snowboarding.

Advice from Wirecutter: Doorbell cameras help even when you’re not home.

A Times classic: Can you read people’s emotions?

Slow start for ‘West Side Story’

Critics broadly loved Steven Spielberg’s remake of “West Side Story.” Disney gave it a traditional theatrical rollout. But will people go see it?

The movie opened to an estimated $10.5 million in North American ticket sales. “A feeble result — even by pandemic standards,” Brooks Barnes writes in The Times. The disappointing figures add to Hollywood’s fears about the theatrical viability of films that are not fantasy spectacles driven by visual effects or ongoing franchises.

At a time when studios are distributing movies on streaming services, Spielberg is a holdout, even as audiences may have come to expect they can watch new releases at home or are content to wait.

Mississippi abortion law. The court heard arguments in a challenge to a Mississippi law that bars most abortions after 15 weeks. The case could lead to the end of Roe v. Wade, the 1973 decision that established a constitutional right to abortion.

New York gun law. The justices will consider the constitutionality of a longstanding New York law that imposes strict limits on carrying guns in public. The court has not issued a major Second Amendment ruling in more than a decade.

It’s also possible that people no longer find the plot, about an interracial romance, as provocative. As a film consultant told The Times: “For moviegoers, context may have caught up with this film, however well made it is.”

Others were less pessimistic: Musicals often get off to a slow start at the box office, even more so when they are released in mid-December. — Claire Moses, a Morning writer 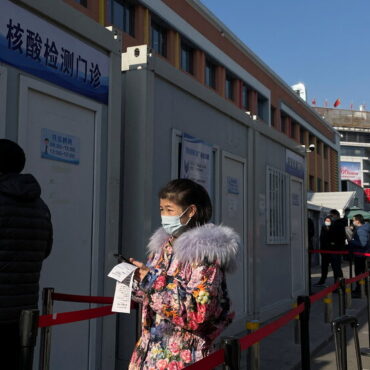 A second Omicron case in China raises the prospect of stricter controls.

For the second straight day, China announced it had found a new case of the Omicron variant in the country.Although both patients were still in quarantine after entering China, the appearance of the highly contagious variant in the country may prompt new precautions. China has already been imposing some of the strictest quarantine and lockdown measures in the world.Over the weekend, before the Omicron cases were discovered, China had already […]