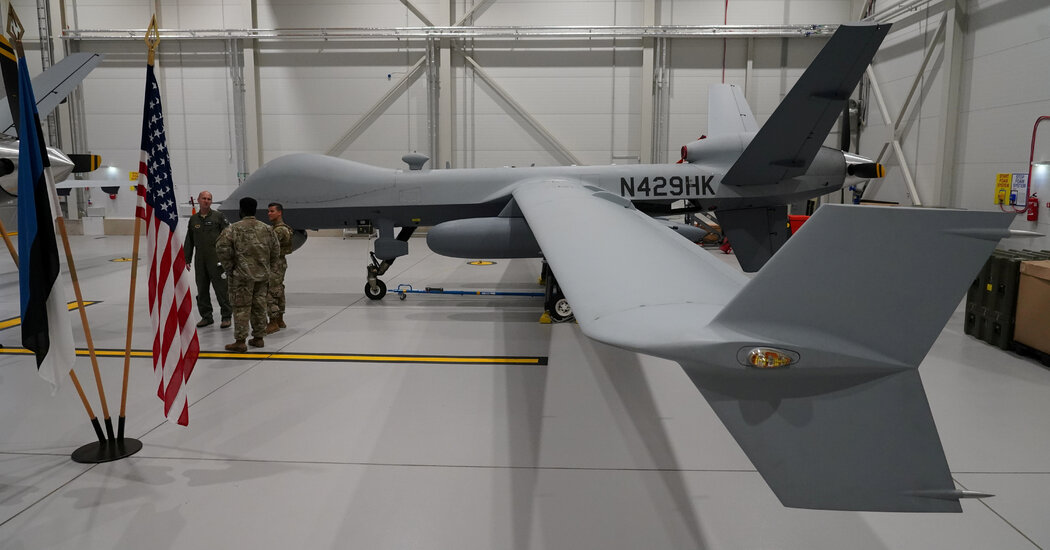 WASHINGTON — The Biden administration has nearly completed a policy to govern counterterrorism drone strikes and commando raids outside conventional war zones, but the abrupt collapse of the Afghan government and a recent flurry of strikes in Somalia have raised new problems, according to current and former officials.

The administration has hoped to finish its playbook by the 20th anniversary of the Sept. 11 attacks. It was envisioned as part of a broader recalibration as President Biden seeks to wind down the “forever war” on terrorism and reorient national security policy to how the world has changed since 2001.

But his team’s ability to meet that deadline is now in doubt amid rapidly changing events and uncertainties about the future. Many of the same officials who would develop and approve an updated drone plan for Afghanistan are focused on the emergency evacuation operations in Kabul, the capital, officials said.

In January, Mr. Biden had set out to establish his own overarching policy for drone strikes targeting terrorist threats emanating from countries where the United States does not have troops on the ground. His new administration viewed with suspicion how President Donald J. Trump in 2017 had loosened an earlier version of such rules that President Barack Obama imposed in 2013.

The Biden team has spent more than seven months reviewing those two policies — including resulting civilian casualty rates — and assessing the evolution of the global terrorist threat. Their deliberations came to focus on adopting a hybrid approach that would draw elements from both the Obama and Trump systems, officials said.

As now conceived, the Biden-era playbook would return to centralized interagency vetting of proposed strikes — a hallmark of the Obama approach — in nations where such operations are rare, they said. But for places where strikes are likely to be more routine, like Somalia and Afghanistan, it would keep part of the Trump approach: issuing “country plans” that establish policy goals and targeting standards, then giving commanders in the field greater latitude to decide on their own to carry out particular strikes.

Still, the country plans are more restrictive than the Trump versions, the officials said. For example, safeguards against civilian bystander deaths under Mr. Trump often gave adult men less protection than women and children, but the prospective Biden plans would make the safeguards equivalent. The Biden rules are also set to require the military to obtain consent for strikes by the State Department’s chiefs of mission, they said.

But the recent upheaval in Afghanistan has rendered the plan the Biden team had originally envisioned for that nation obsolete. Administration officials now need to develop a new playbook to govern any future strikes there before Mr. Biden can put the overall policy into effect, the officials said.

The future of strikes in Afghanistan is particularly important because Mr. Biden and his team have defended his decision to withdraw American ground forces by promising to maintain a robust ability to strike at any new or resurgent terrorist threats emanating from there.

“We conduct effective counterterrorism missions against terrorist groups in multiple countries where we don’t have permanent military presence,” Mr. Biden said this month. “If necessary, we’ll do the same in Afghanistan. We’ve developed counterterrorism over-the-horizon capability that will allow us to keep our eyes firmly fixed on the direct threats to the United States in the region, and act quickly and decisively if needed.”

Their original plan for Afghanistan, however, was premised on an outcome in which the United States would conduct airstrikes with the consent of President Ashraf Ghani, supporting his government’s efforts to resist any transnational terrorist groups, like Al Qaeda and the Islamic State, that sought to use the country as a base of operations. The Taliban, while separately vying for control of the country, would be neutral in that category of conflict, at least on the surface.

But instead, Mr. Ghani fled, the Afghan army abruptly abdicated and the Taliban swept into power as the de facto government. As a result, a playbook for any future counterterrorism operations in Afghanistan now needs to be redeveloped against the awkward backdrop of uncertainty about the Taliban’s intentions, including whether they will return to hosting terrorist camps as they did in the 1990s, the officials said.

The current and former officials briefed on the deliberations over the drone strike policy spoke about the delicate internal discussions only on the condition of anonymity. Asked for comment, the National Security Council’s press office re-sent The New York Times a statement it had provided in March for an article about the legal policy review, which was then in an early stage.

The Biden plans make sense both to raise standards for protecting civilians but also to maintain greater flexibility for different settings across the world, said Luke Hartig, who worked on drone strike policy for the Obama administration as a senior director for counterterrorism at the National Security Council.

But, he added: “Afghanistan is going to have to be very fluid. I would hate to have to write guidance for Afghanistan right now.”

But creating any bureaucratic system and planning for drone strikes cut against Mr. Biden’s repeated statements that he wants to end the forever war, said Jack Goldsmith, a Harvard Law School professor who frequently writes about national security legal policy.

“I don’t blame them because I think real threats persist,” he added. “It’s better to have a system for dealing with them than just letting the Pentagon do whatever it wants. But creating a system for drone strikes doesn’t sound like the path to winding down the forever war.”

The need for a new Afghanistan playbook has added to another unresolved problem that arose late in the deliberations over the Biden-era policy: uncertainty over how much latitude the military should have to carry out strikes in defense of partner forces, without going through the usual vetting.

That issue came into focus after the military’s Africa Command carried out three drone strikes targeting the Qaeda-linked militant group Al Shabab in Somalia in late July and early August, breaking a lull in which it had not launched any airstrikes there for six months.

The hiatus had followed a policy directive issued by the president’s national security adviser, Jake Sullivan, just after Mr. Biden’s inauguration on Jan. 20. Under the temporary rule, any drone strikes away from battlefield zones needed White House approval while the new administration drafted its policy.

But the directive contained an exception for strikes in self-defense. And when the military resumed attacks against Al Shabab, it invoked that exception rather than seek advance permission from the White House.

The catch was that those at risk were Somali government forces who had gone out to battle Al Shabab, not Americans. Instead, Africa Command deemed the strikes “collective self-defense” of a partner force. It said this week that it had carried out another such strike in defense of our Somali partners.

That the military can routinely sidestep the usual procedures for drone strikes by invoking the need to defend partner forces — including some who may be threatened by opponents who are not part of the United States’ congressionally authorized war on Al Qaeda and its progeny — called into question whether the new policy would succeed in imposing tighter control over airstrikes away from conventional battlefields, officials said.

As a result, the administration has started to dig into the issue, including raising the possibility of tightening standards for when commanders may deem a foreign entity a partner and winnowing the list of such groups. (The comprehensive list is classified, officials said.)

That issue was not yet resolved, officials said, when the fall of Afghanistan threw the administration’s counterterrorism strike policy into broader turmoil. But in one respect, the evaporation of the Afghan army has simplified matters: In that country, it appears, there are no longer any partner forces to defend. 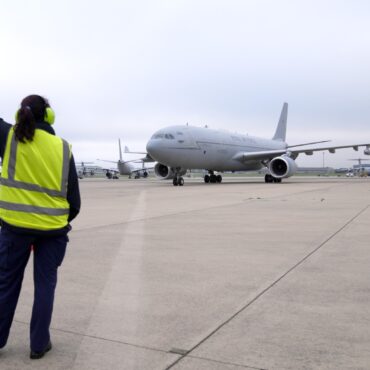 The last dedicated flight purely for the evacuation effort from Afghanistan has left Kabul, the Ministry of Defence has confirmed. Further flights leaving from the airport would be able to carry evacuees but would also be transporting UK diplomatic staff and military personnel as the operation winds down. It comes as British ambassador to Afghanistan Sir Laurie Bristow said it was “time to close this phase” of the evacuation effort. […]