After Killings, U.K. Asks: Should Misogyny Be a Hate Crime? 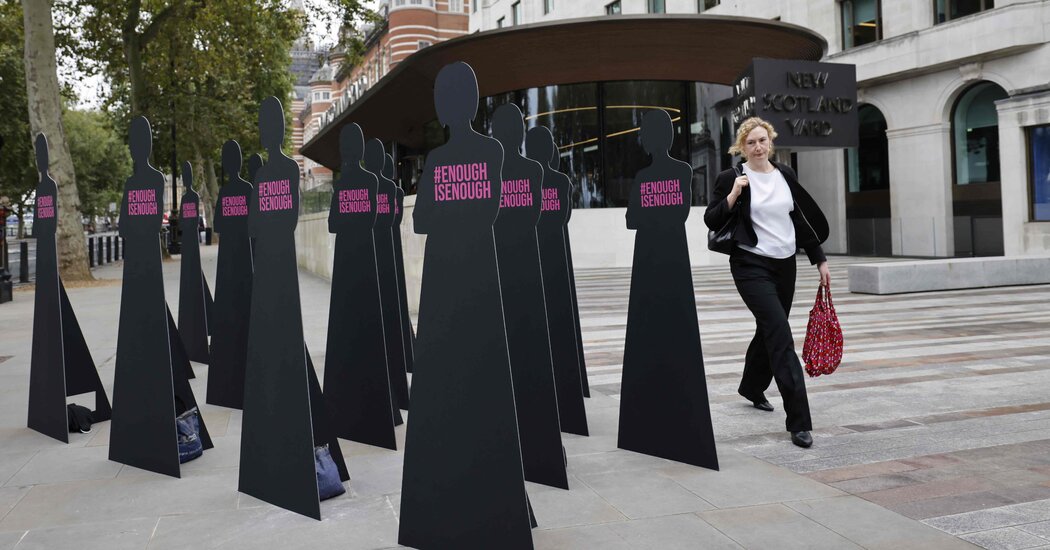 LONDON — As anger grew in Britain last week over the justice system’s approach to violence against women, the public discourse has turned to a new question: Should misogyny be considered a hate crime?

The debate comes amid a broader national outcry over gender-based crimes after the murder of Sarah Everard, whose abduction and killing by a London police officer shocked Britons and forced renewed scrutiny of how the police and the courts handle such cases.

Activists, criminal justice experts and opposition lawmakers have called for legislation to expand the definition of a hate crime to ensure greater punishments for such crimes as harassment, domestic abuse and stalking and signal the seriousness of these types of offenses. But the government has so far ruled that out.

Prime Minister Boris Johnson says that there is already “abundant” legislation to combat violence against women but that it is not being properly enforced. In an interview during the annual Conservative Party conference last week, he acknowledged that the way the justice system handles these crimes is “just not working,” but said he felt “widening the scope” would increase the burden on the police.

That rationale has confounded some activists. “When did we ever take the scale of a problem as a reason not to act on it?” asked Ruth Davison, the chief executive of Refuge, a charity that provides support for women and children facing domestic violence.

The activists point to some bracing data. One in four women in Britain have experienced sexual assault, according to government statistics. Almost one in three women will face domestic abuse in their lifetime. And on average, a woman is killed by a man every three days in the country, with many cases involving domestic violence, according to data from Femicide Census.

The killings of a number of other women in Britain this year — including the murder last month of Sabina Nessa — have only heightened the calls for change.

Refuge — which staged a related protest last week to bring attention to police violence against women — is one of several groups campaigning for crimes rooted in misogyny to be treated as hate crimes. The groups say misogyny is the underpinning for most male violence against women and that the government has so far fallen short in its handling of such violence.

Ms. Davison said Refuge’s efforts were not aimed at creating a new classification of crimes, which opponents say would add a complex additional burden for the police. Rather, the group says recognizing misogyny as a hate crime would allow the justice system extended powers to tackle a pervasive issue.

In England and Wales, an offense is considered a hate crime when it is proved that the perpetrator was motivated by hostility or prejudice related to one or more of five categories: race, religion, sexual orientation, disability or transgender identity. This allows judges to hand down steeper sentences and gives the police more clarity on enforcement by categorizing these crimes as more serious.

Campaigners want gender to be added to this list.

The Law Commission, an independent body that reviews laws in England and Wales and advises the government, is in the middle of a government-ordered review into existing hate crime laws, and while its official recommendation is still pending, an initial conclusion has recommended adding sex or gender to the protected characteristics list under hate crime laws.

Andrew Bazeley, policy manager for the Fawcett Society, a gender equality charity campaigning for the change, put it simply: “It’s about acknowledging the misogyny that exists within existing crimes.”

Some women’s rights advocates have suggested that an amendment to extend the definition of a hate crime be added to a policing and crime bill that is making its way through Parliament. But Mr. Johnson has made it clear he opposes the move, and his government has come under sharp criticism in recent weeks from opponents who say it is not taking the issue seriously enough.

Conservative leaders, for instance, have resisted mounting calls to replace the head of the Metropolitan Police, Cressida Dick, after the shocking revelations about the way Ms. Everard’s killer used his authority as a police officer to abduct her.

The criticism intensified last week after Britain’s justice minister, Dominic Raab, appeared to be unfamiliar with what the term misogyny meant. Asked how he felt about categorizing it as a hate crime, he said he did not support the move, adding, “misogyny is absolutely wrong whether it’s a man against a woman, or a woman against a man.”

His blunder — misogyny is defined as a hatred or ingrained prejudice against women specifically — drew swift backlash.

“This is the actual justice Secretary who will be charged with responding to the law commissions proposals on how to implement misogyny as a hate crime,” Stella Creasy, a Labour lawmaker, wrote in a post on Twitter with a video of Mr. Raab’s blunder.

“Hate crime doesn’t make anything illegal that isn’t already,” she wrote in the magazine Grazia, “but instead ensures that abuse rooted in discrimination is taken more seriously.”

Still, not all advocates or criminal justice experts believe that making misogyny a hate crime would be the most effective step. Zoë Billingham, a former inspector for an independent watchdog group that reviews policing in Britain, said more should be done to get police officers to use the tools they already have.

“The police are not doing some of the really basic things right to protect women from crimes of domestic abuse, stalking, harassment, rape, serious sexual offenses and child sexual exploitation,” she said.

Less than 2 percent of reported rape cases in England and Wales result in a person being charged, and three in four reported domestic abuse incidents are discontinued early on the grounds that the victim did not support police action.

Marian Duggan, an associate professor in criminology at the University of Kent whose research focuses on violence against women and hate crime policy, agrees that the current system is broken. She said the hate crime status could be a powerful symbolic tool that puts the focus on the perpetrator rather than on the victim.

In a culture where victim blaming in cases of violence against women has long been the norm, Dr. Duggan said this would be “a seismic shift.”

Some police departments in England and Wales are already tracking misogynistic crimes as hate crimes to raise awareness and collect data. But activists want national enforcement and legislation that backs these measures up to allow for tougher sentencing.

This spring, after Ms. Everard’s murder, the government instructed police services to begin recording crimes of violence motivated by a person’s sex or gender as hate crimes on an experimental basis. The national police coordinating body did not respond to questions about how many departments have taken up the practice; campaigners say only 11 out of 43 have done so.

But Dr. Duggan said viewing misogyny as a hate crime is just part of the complicated process of dismantling a broken system. She would prefer to see more early intervention, education and prevention work as well. 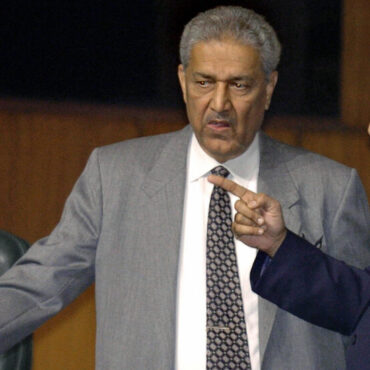 “We had monitored their acquisition of these materials from around the world and did quite a bit to stop their obtaining some of them,” Mr. Hummel said. “Yet they were chugging ahead at a site that we knew about — which they flatly denied that they were doing. They had no choice but to deny it. We had no choice but to disbelieve them.”On May 1, 1981, Gen. Mohammad Zia […]