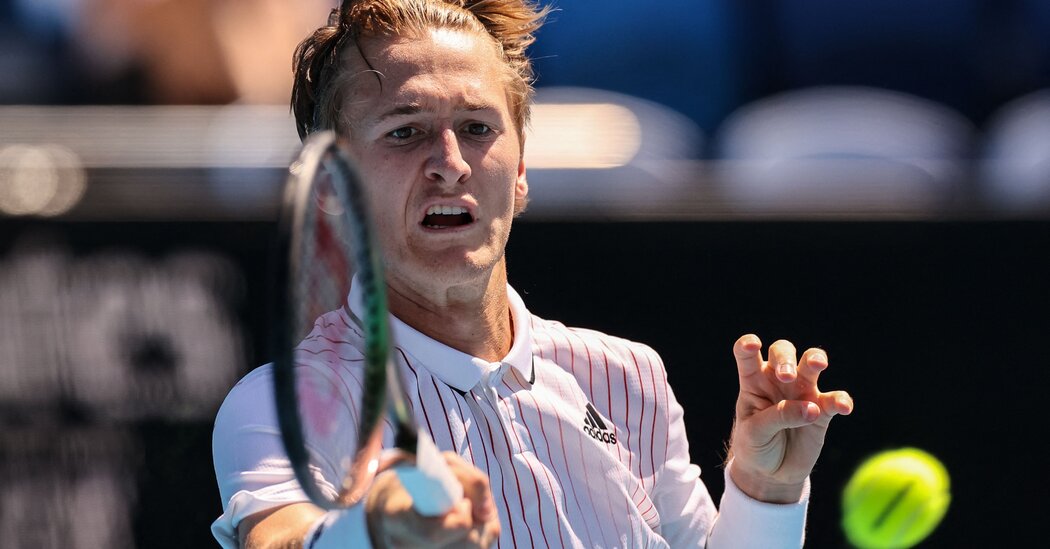 MELBOURNE, Australia — Sebastian Korda spent his first week of a long-awaited trip to Australia far from the summer sunshine he imagined: After testing positive for coronavirus upon landing in the country, Korda was quarantined in a hotel room in Adelaide, hitting a ball against the headboard of his bed.

Though one unfortunate carom off the ceiling left Korda doubled over in pain, the weeklong confinement would not contain his growing talent: In his first match of the year, Korda comprehensively defeated 12th-seeded Cameron Norrie of Britain, 6-3, 6-0, 6-4, in a first-round match at the Australian Open’s new Kia Arena.

“It wasn’t easy,” Korda said after his win. “I didn’t get a lot of preparation, didn’t get any matches under my belt.”

It was the first main draw match here for Korda, 21, who won the Australian Open boys’ title four years ago. Korda skipped the Open last year, opting to play a small tournament in France, which he won to break into the top 100 for the first time.

Though he had stayed away since his junior triumph, Korda feels a close connection to Australia: His father, Petr, won his lone Grand Slam title here in 1998, and both of his sisters have won the Women’s Australian Open golf tournament, with Jessica winning in 2012 and Nelly, currently the top ranked player in the L.P.G.A., winning in 2019.

Norrie grew up nearer to Melbourne, in New Zealand, but couldn’t find any comfort against Korda and his dominant serve. Korda won 77 percent of points on his first serve, and saved all three break points he faced in the match.

Norrie, who surged into the Top 20 with a surprise title at the Indian Wells Masters event last October, said Monday’s loss had been “maybe my worst match in the last eight months” but called Korda “a great player” and said the match “may have even been difficult if I was playing great still.”

“He can come forward — very skillful around the net,” Norrie added. “He served well in big points today, and was too good for me.”

Korda, ranked 43rd, is part of a tightly-packed peloton that is leading American men’s tennis as they chase the sport’s best. Though no American man is currently ranked inside the ATP Top 20, there are five Americans ahead of Korda, led by the 22nd-ranked Taylor Fritz.

“I think we’re all pushing each other,” Korda said. “There’s always an American pushing going further in tournaments, so it’s inspiring for all of us — it’s like a little competition between us.”

The ones in the front of the pack see Korda gaining fast.

“So clean,” 41st-ranked Tommy Paul, who won in straight sets Monday over Mikhail Kukushkin, said of Korda. “Fun to watch.”

The 29th-ranked Reilly Opelka, an outspoken cheerleader for his fellow American players, said that the 6-foot-5 Korda “has definitely got the body to be great.”

“He’s got the Tsitsipas-Medvedev-Zverev build; that’s kind of the new, modern thing,” Opelka said, citing three top-five players. “He moves well. Great backhand.” Opelka said that he was especially impressed by Korda’s biggest results having come at Grand Slam events, including a run to the fourth round of the 2020 French Open and last year’s Wimbledon. “You can fake it for a set-and-a-half if a guy is off,” Opelka said. “You can’t hide it for five sets.” 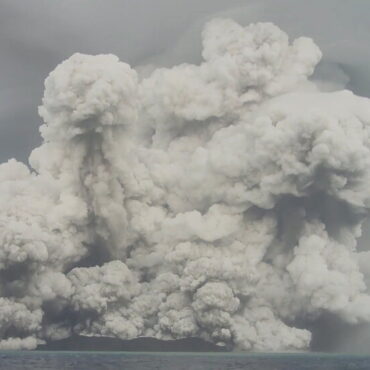 After Volcano, Tongans Abroad Wait for News From Home

Two days after a colossal volcanic eruption spawned a tsunami that struck the island nation of Tonga, severed communication lines left Tongans around the world waiting anxiously for news of their loved ones, while aid agencies and the country’s Pacific neighbors struggled to assess the scale of the damage.On Saturday night, an undersea volcano about 40 miles north of Tonga’s main island belched ash, gas and steam more than 12 […]