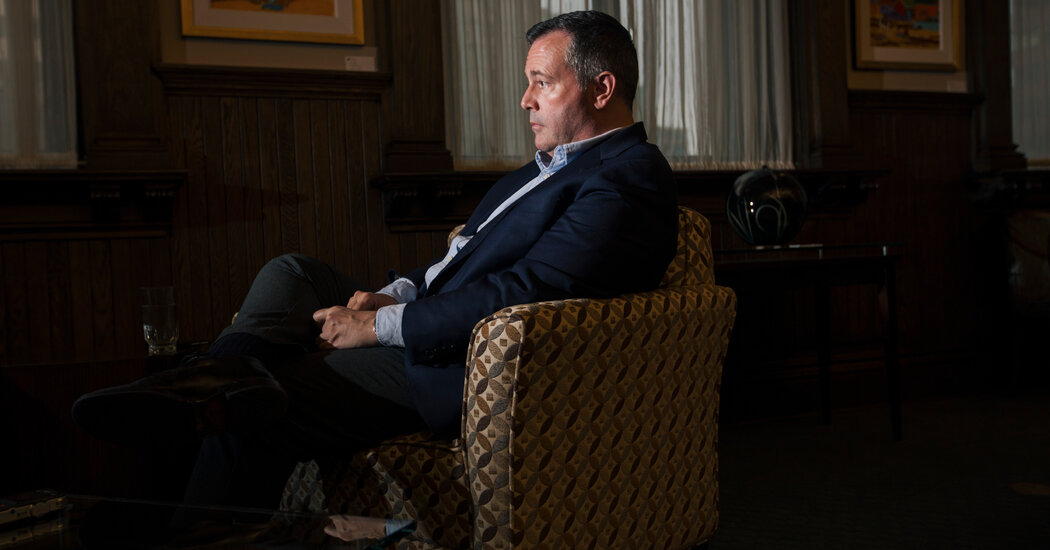 Premier Jason Kenney was roundly criticized by public health experts in June when he declared victory over the coronavirus and made Alberta the first province to largely lift pandemic restrictions.

“We finally have the upper hand on this virus and can safely open up our province,” Mr. Kenney said at a podium with a sign declaring the province was “open for summer.” Over at his United Conservative Party’s website, supporters could buy caps embroidered with the slogan: “Best Summer Ever, Alberta 2021.”

Last week, Mr. Kenney was back with a less triumphal message: the declaration of a public health emergency, while reimposing more restrictions for the second time this month, and the firing of his health minister.

As of Thursday, Alberta had 20,180 active Covid cases, nearly half of all cases in Canada, straining intensive care units at hospitals to the point that the provincial government has asked for military assistance to fly patients thousand of miles to be treated in other provinces. Since Mr. Kenney lifted restrictions on Canada Day, Covid has killed 308 people in Alberta.

“I know that we had all hoped this summer that we could put Covid behind us once and for all; that was certainly my hope,” Mr. Kenney said on Sept. 16. “It is now clear that we were wrong, and for that I apologize.”

Many members of Alberta’s medical community bluntly dismissed Mr. Kenney’s comments for coming, in their view, weeks too late to stem the crisis, and said that his new public health measures were far short of what was needed.

“We’re already at the point where our health care system has functionally collapsed,” Dr. Ilan Schwartz, an infectious disease specialist at the University of Alberta, told me on Friday. “Yet we have a society continuing as if nothing is awry.”

Dr. Schwartz is among many in the province’s medical community who began raising the alarm during the summer, as the Delta variant combined with Alberta’s comparatively low vaccination rates prompted a rise in infections and hospital admissions. (With just 61.9 percent of Albertans fully vaccinated compared with the national rate of 69.7 percent, the province is second only to Saskatchewan for having the lowest rate of vaccine take-up.)

At the beginning of September, Alberta introduced some pandemic control measures. But Dr. Schwartz said that they were inadequate and often ineffective.

“As if an alcohol curfew of 10 p.m. could ward off the virus,” he said. Rather than keeping crowds from packing nightclubs, Dr. Schwartz added, the measure only meant that “people were just going out to party earlier.”

On the day of Mr. Kenney’s apology, his government announced a variety of renewed restrictions and rules, including those involving masks. But given the level of severity of the situation, Dr. Schwartz said that the new safety measures would not be nearly enough to prevent the health care system from being overwhelmed. Alberta, in his view, needed to introduce a “hard lockdown” where most things other than essential retail and services would be closed.

He particularly noted, with disapproval, the plans to allow N.H.L. games to take place in front of tens of thousands of fans in Calgary and Edmonton. While fans will need proof of vaccination or a recent negative test result to enter, several news outlets have reported that Alberta’s vaccine document, like Ontario’s, can be easily edited or faked using only minimal computer skills.

“We really have no option but to go into a hard lockdown, what we’re calling a firebreak,” he said. “Basically, we have a raging forest fire — Albertans are familiar with the imagery. We’re calling for removing some of the combustible elements, in this case people, out of the way.”

Instead, Mr. Kenney’s government has mostly promised to give more resources to hospitals. However, Dr. Schwartz said that such extra resources were impossible to provide because of shortages of trained medical staff.

He did not foresee Alberta’s situation improving until the government shut the province down.

“I never would have imagined that this could happen in Canada,” Dr. Schwartz said. “We’re at such a desperate point. It’s extremely demoralizing to health care workers. It’s terrifying to patients and to individuals who are chronically ill. That the government hasn’t implemented a meaningful hard lockdown at this point, while perhaps politically unpopular, it boggles my mind.”

Where We Left Off 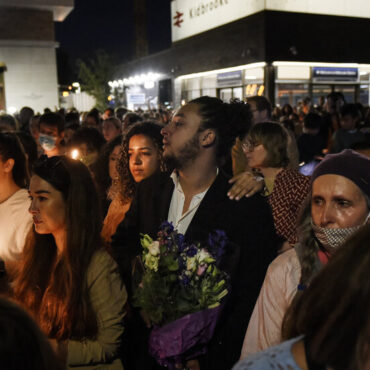 new video loaded: Vigil Held for Slain Teacher Sabina NessatranscriptBackbars0:00/1:36-1:36transcriptVigil Held for Slain Teacher Sabina NessaMourners gathered in southeast London to remember Sabina Nessa, a 28-year-old elementary school teacher who was killed in a park near her home. Her death has reignited outrage over violence against women in Britain.“She didn’t reach her 29th birthday next month. Sabina loved our family. We have lost our sister, my parents have lost their […]