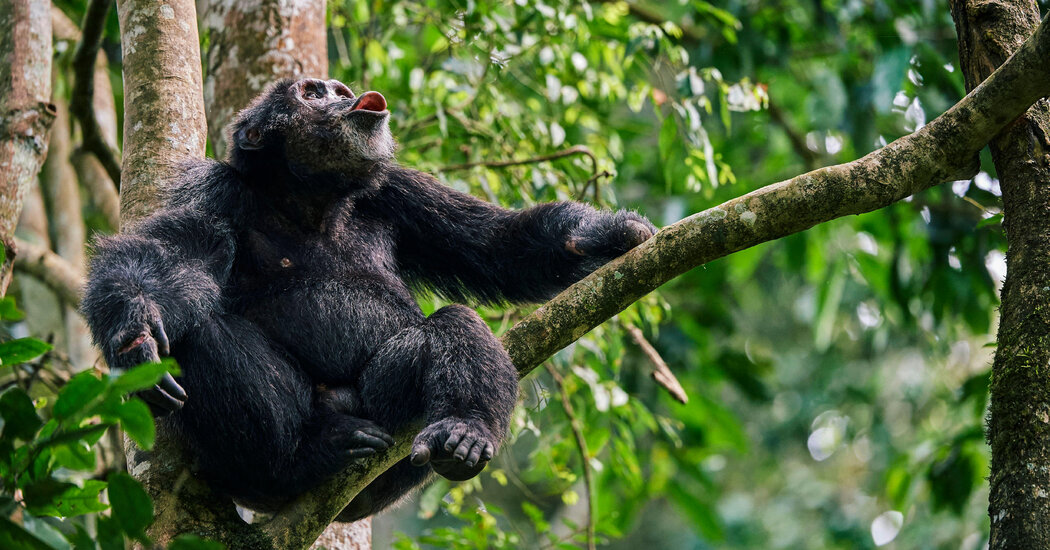 The ubiquity of the vocal lips did not necessarily mean that they affected the sounds their possessors produced. So Dr. Nishimura’s group removed the larynges from three deceased chimpanzees and attached them to simulated lungs; they did the same with six rhesus macaques that had been euthanized for other approved experiments. In all the simulations, the vocal lips and the vocal cords vibrated in unison. Mathematical models of other primates’ larynges yielded similar results.

In their paper, the researchers propose that the absence of vocal lips — and their complicating vibrations — in humans was a key factor in the evolution of language in our species. Vibrating in splendid isolation, our vocal cords allowed for subtle changes in inflection and register that characterize our own speech. We reason and cajole, plead and suggest, all in a controlled manner.

“This study has shown that evolutionary modifications in the larynx were necessary for the evolution of spoken language,” Dr. Nishimura said.

Dr. Rendall added: “It suggests, or reinforces, that there’s a completely different change in tactic from human communication to nonhuman primate communication. Human language doesn’t target the emotional response, but you’re trying to change their mind — you’re hitting the cognitive and inferential systems.”

Still, Dr. Rendall said, primates often speak softly and subtly, and humans often communicate through screams and yells. He recommended a “healthy skepticism” in extrapolating from the anatomical finding the origins of complex speech and language. “I think they’ve just highlighted the fact that this loss of membrane in humans is probably centrally important to our ability to produce these stable vocal fold vibrations, which underlies the production of speech sounds,” he said.

Harold Gouzoules, a psychologist at Emory University who wrote an accompanying commentary to the recent paper, agreed. “Establishing causality here is essentially impossible,” he said. “It might be a necessary step in the evolution of language, but whether it is absolutely critical remains to be seen.”

Dr. Gouzoules said that the research was most noteworthy for its comparative analysis of primates and its ability to draw evolutionary insights, to a degree, from simple anatomy, which often hides in plain sight. “Language is clearly more than the sum of its parts,” he said. “It’s just not likely that we’re ever going to have a completely satisfactory explanation.”

KYIV, Ukraine — Most of the galleries are now empty at the Mystetskyi Arsenal, one of Europe’s largest art museums. As at almost every cultural institution in the Ukrainian capital, its curators and archivists brought down the displays when war broke out on Feb. 24. Much of the collection of about 4,500 objects has been moved to a secure location. Gallery after gallery sits in darkness. And yet: this summer, […]