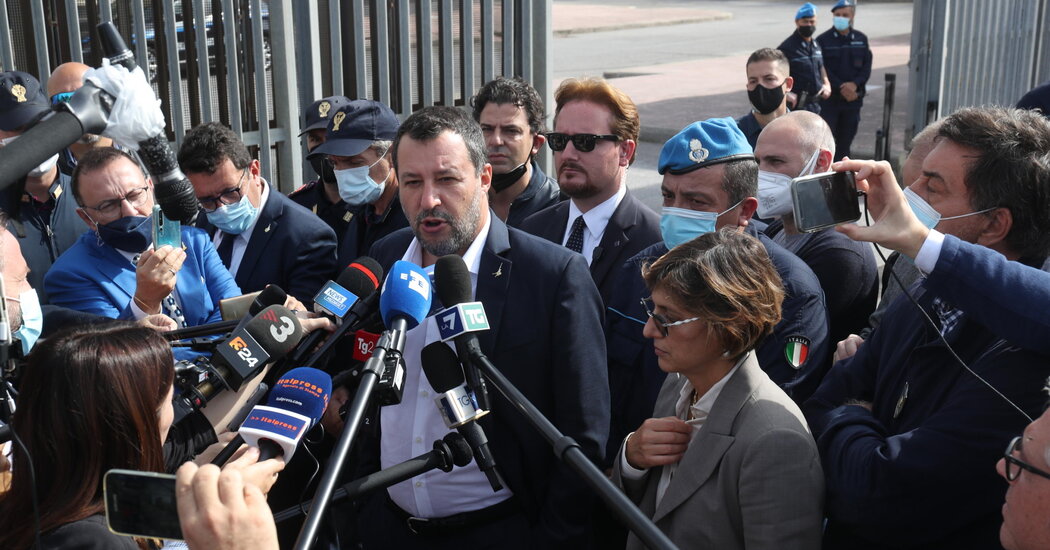 ROME — Matteo Salvini, the nationalist leader who as interior minister exercised enormous influence in Italy, lost his position in the cabinet and at the center of the spotlight, particularly after a new establishment prime minister effectively sidelined the country’s populists.

But this weekend, Mr. Salvini’s efforts to regain attention received a star-powered lift when a court accepted Richard Gere, the American actor and humanitarian activist, as a witness in a court case in which Mr. Salvini will be tried for turning away migrants. He is accused of abduction and violating international human rights conventions.

“You tell me how serious is a trial where Richard Gere will come from Hollywood to testify on my nastiness,” Mr. Salvini said to reporters on Saturday after a hearing in the Sicilian city of Palermo.

The trial, whose next hearing is Dec. 17, centers on an August 2019 episode in which Mr. Salvini, then the interior minister, refused for days to allow into Italy about 150 migrants rescued at sea by a vessel operated by the Spanish charity Open Arms. At the time, Mr. Gere visited the boat — where activists said a “humanitarian crisis” was taking place — in an effort to draw international attention to the situation.

This year, a judge ruled Mr. Salvini should not stand trial in a similar case because his actions could not be considered kidnapping. Mr. Salvini’s defense is confident the current case will also go nowhere, and Giulia Bongiorno, his lawyer, said in a phone interview that she doubted that Mr. Gere, who spent 12 hours aboard the ship, would offer valuable insight to the investigation.

“I think he cannot tell us anything relevant,” she said.

If anything, the hearings — and the role of the Hollywood star — may revive the issue and Mr. Salvini’s efforts to position himself as a protector of everyday Italians persecuted by politically motivated magistrates.

In 2019, Mr. Salvini routinely engaged in highly publicized standoffs with nongovernmental organizations that rescued migrants from the sea and then brought them to Italy. Even then, he saw benefit in Mr. Gere’s arrival on the scene. “I am sure that the generous millionaire will host them all in his villas,” Mr. Salvini wrote on Twitter.

The migrant crisis reached its peak in 2015 and 2016 when a record number of unauthorized migrants landed in Italy. Many others died at sea. Since mid-2017, the numbers of migrants making the journey by boat has decreased significantly, but that has not stopped populist parties from capitalizing on the matter. Mr. Salvini made opposition to, and demonization of, migrants a cornerstone of his political rise.

In 2018, he became interior minister and the most popular politician in Italy, prompting concerns at home and throughout Europe that the country was making a hard-right turn away from the European Union. Mr. Salvini pushed for a security decree, which became law, and among others stripped migrants of “humanitarian protection.”

Since then, his fortunes have fallen as has the number of migrants. He was outmaneuvered out of office after overreaching in a power grab, and then watched from the sidelines as his former populist allies entered a coalition with liberal Democrats to stay in power. That government eventually collapsed, and the one that replaced it, led by Prime Minister Mario Draghi, included Mr. Salvini’s League party but was firmly antagonistic to populism.

And so the trial, and Mr. Gere, has emerged as a media lifeline.

“How credible can be a nation in which they allow an actor seeking visibility to testify against a former minister of the Republic mocking our institutions?” Giorgia Meloni, the leader of the Nationalist Brothers of Italy Party and an ally of Mr. Salvini, wrote on Twitter. “We are past the limit of decency.”

Laura Lanuza, a spokeswoman for Open Arms, said that in 2019, Mr. Gere had called the group while vacationing in Italy and offered to help. This year, after he said he was willing to testify on behalf of the group, Open Arms added him to its list of witnesses, which includes migrants and the boat’s captain and crew members, Ms. Lanuza said. On Saturday, the judge accepted all the proposed witnesses, but it remained unclear whether they would all be summoned, including Mr. Gere. A publicist for Mr. Gere said the actor had no immediate comment.

She said Mr. Salvini’s focus on Mr. Gere’s testimony was a political gambit intended to distract attention from the trial.

“He is using Richard Gere to distract from the real importance of this trial,” she said in a phone interview, “and to make his propaganda again.” 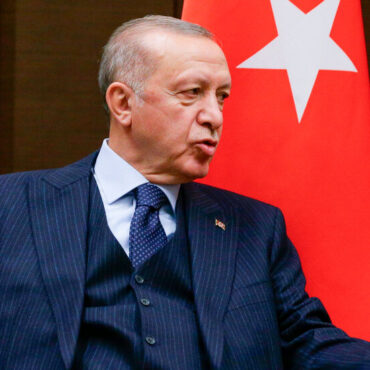 Turkish President Steps Back From Expulsions of 10 Western Diplomats

ISTANBUL — President Recep Tayyip Erdogan of Turkey stepped back on Monday from a threat to expel 10 Western ambassadors, averting a diplomatic storm that analysts and diplomats were warning would bring economic disaster upon Turkey and a lasting rupture in the NATO alliance.In what seemed to be a calculated move, the 10 embassies involved issued identical statements confirming their compliance with the Vienna Convention on Diplomatic Relations, statements which […]