An Omicron Surge is Likely, Here’s What to Expect 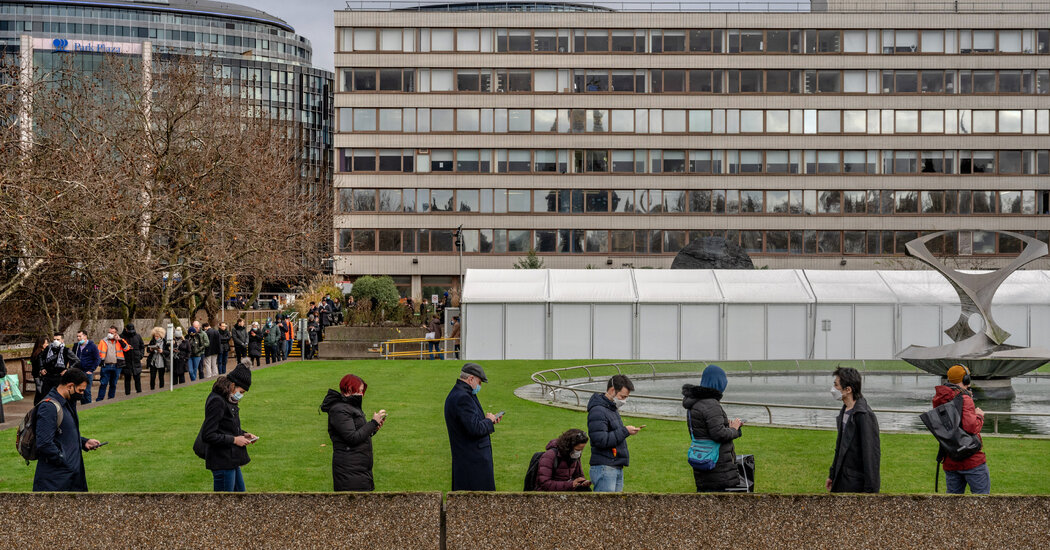 Get ready for the Omicron surge, and take it seriously. But remember that the vaccines appear to provide strong protection against what matters most: severe Covid illnesses.

That’s my reading of experts’ reactions to the latest developments on the Omicron variant. Today, I will walk through them.

The news over the past few days — both scientific studies and real-world data — has added to the evidence that Omicron is more contagious than any previous version of the Covid-19 virus.

In South Africa, where Omicron was first identified, the recent rise has been steeper than during any previous surge. “When Omicron enters a community, the increase in case numbers looks like a vertical line,” Dr. Paul Sax of Brigham and Women’s Hospital in Boston said.

In Britain, new cases also hit a record yesterday. In the U.S., Omicron has not yet spread as widely, but scientists believe it’s only a matter of time.

One reason that Omicron seems to spread so quickly is that it causes more cases among the vaccinated than earlier variants, although they are likely to be mild. “There will be a lot of breakthrough cases,” Dr. Jennifer Lighter, an epidemiologist at N.Y.U. Langone Health, told me.

Dr. Muge Cevik, an infectious-disease expert at the University of St. Andrews in Scotland, noted on Twitter that much about Omicron remains uncertain, but its infectiousness seems clear:

The only thing I am sure of is that Omicron will spread so quickly through the population, making it likely impossible to contain even with the most stringent measures and giving us very little time over the next few weeks. So get your vaccines and boosters!

I know that some readers will find this news extremely alarming. And it is alarming in several respects: Unvaccinated adults are at even greater risk than they were a few weeks ago, and about 15 percent of American adults remain unvaccinated. (The global share of unvaccinated adults is probably not much higher; many of the world’s unvaccinated people are children, and serious Covid illness remains extremely rare in children.)

The large number of unvaccinated adults means that Omicron may lead to spikes in Covid hospitalizations and deaths, which in turn could overwhelm some hospitals. This prospect is why Cevik emphasized the importance of the next few weeks. Persuading more vaccine skeptics in both the U.S. and other countries to get shots — before the Omicron surge has fully arrived — can save a lot of lives.

“I have been telling my unvaccinated patients that it is extremely urgent for them to start a vaccine series as soon as possible,” Dr. Aaron Richterman of the University of Pennsylvania said.

The power of vaccines

The most encouraging news about Omicron is that it does not appear to cause more severe illness than earlier versions of the virus.

Some evidence even suggests Omicron is less severe. A new study from Hong Kong, for example, found that Omicron replicated itself less efficiently than Delta inside the lungs, which could make it less likely to cause acute symptoms. But many scientists say it is too soon to be confident.

If that continues to be true, it will mean that Omicron — like earlier variants — presents only a very small risk of serious illness to most vaccinated people. It is the kind of risk that people accept every day without reordering their lives, not so different from the chances of hospitalization or death from the flu or a car crash.

Unfortunately, there are some vaccinated people for whom any Covid case remains a threat. Those whose health is already vulnerable — like the elderly, people undergoing cancer treatments, people who have received organ transplants and some other groups — can become extremely ill from a Covid case that is mild in a technical sense. Their bodies are weak enough that any infection can cause major problems. It’s the same reason that the seasonal flu kills tens of thousands of Americans annually.

These are the people, in addition to the unvaccinated, who need the most attention now that Omicron has arrived.

What can be done? A few things, experts say:

We will learn more about Omicron in coming weeks, and the facts could still become either more worrisome or less so. For now, the variant seems to represent a step toward the future of Covid. It will not disappear, but there are many ways to lessen its toll — and live as normal a life as possible.

As Dr. Monica Gandhi and Dr. Leslie Bienen, two public health experts, wrote in a recent Times Opinion article, “America is in the slow process of accepting that Covid-19 will become endemic — meaning it will always be present in the population at varying levels.”

A Times classic: How to make friends while traveling alone.

Lives Lived: bell hooks, who used all lowercase letters in her name, pushed feminism to include the voices of Black and working-class women. She died at 69.

A year of looking back

In 2021, so many cultural moments involved reassessing the past through a contemporary lens.

Music documentaries examined the rise of Alanis Morissette and Woodstock ’99 — itself a reboot of the 1969 festival. On TV, “Impeachment: American Crime Story” recast Monica Lewinsky as the heroine of the Bill Clinton sex scandal. Documentaries, including by The Times, spotlighted how the media and the public mistreated both Britney Spears and Janet Jackson. And Rolling Stone updated its popular “500 Greatest Songs of All Time” list to try to correct earlier racial and gender biases.

Pfizer’s Covid pill. A study of Pfizer’s oral Covid treatment confirmed that it helps stave off severe disease, even from the Omicron variant, the company announced. Pfizer said the treatment reduced the risk of hospitalization and death by 89 percent if given within three days of the onset of symptoms.

As Lindsay Zoladz writes in The Times, “A bit of cultural flotsam from the last 25 years would suddenly drift back up to the top of our collective consciousness and spread wildly, demanding renewed attention in the context of the present.”

Beyond the past quarter-century, other projects helped shine a light on overlooked pieces of history. The documentary “Summer of Soul” introduced new viewers to the Harlem Cultural Festival, concerts performed by Nina Simone, Stevie Wonder and others in 1969 as the Black Power movement grew increasingly prominent.

“The lesson to be taken from all these reconsiderations is not necessarily how much wiser we are now,” Lindsay writes, “but how difficult it is to see the biases of the present moment.” — Sanam Yar, a Morning writer 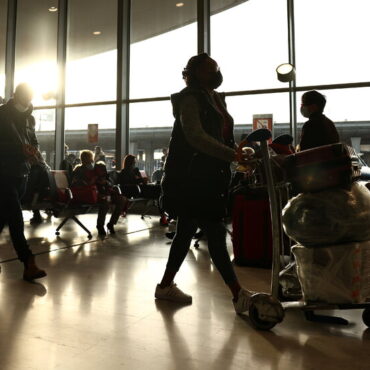 The French government on Thursday banned nonessential travel to and from Britain and tightened testing requirements as a record-breaking surge of Omicron cases across the English Channel raised worries that France would soon face a similar tsunami of new infections.Jean Castex, France’s prime minister, said in a statement that “faced with the extremely rapid spread of the Omicron variant in the United Kingdom,” the government had decided to act. He […]