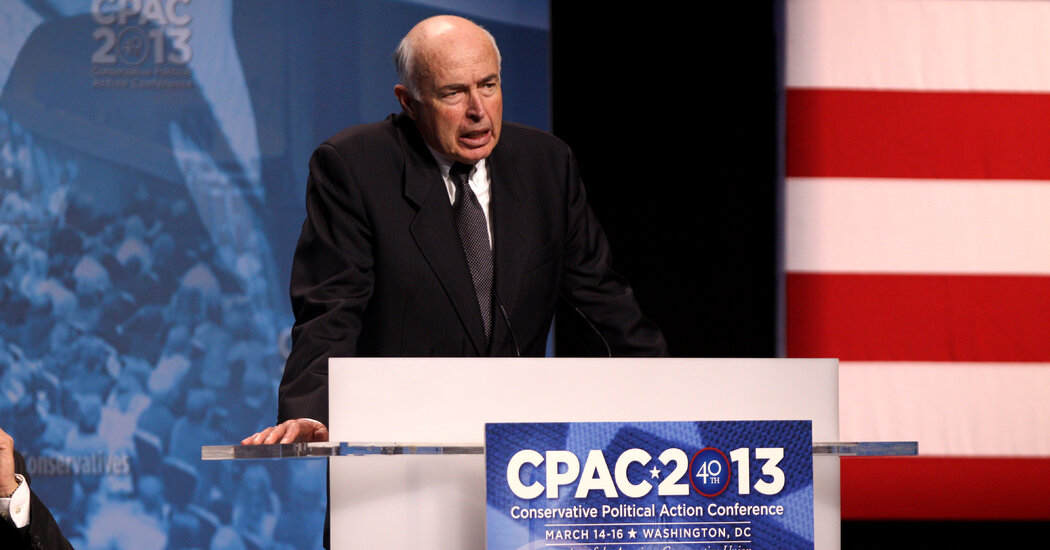 Besides his son David, he is survived by his wife, Ann Marie (Blaesser); his children Peter, Michael, Thomas and Elizabeth; and nine grandchildren.

Following a brief stint in the Foreign Service, he joined the staff of the Senate Select Committee on Intelligence in 1977, where he worked until 1985, mostly as an adviser to Senator Wallop. He was a member of the Reagan administration’s transition team, in 1980, and taught at Georgetown University.

By the time he took emeritus status at Boston University, in 2008, he had moved to Northern California, where he owned a vineyard. His intellectual output did not slow down, though. In addition to his work at The American Spectator, where he was a senior editor, he wrote regularly for leading conservative opinion outlets like The Claremont Review of Books, The Wall Street Journal, Commentary and the online journal American Greatness.

He wrote or co-wrote 17 books, including a translation of “The Prince,” by Machiavelli. A book on John Quincy Adams, one of his intellectual heroes, is due out in 2022.

Though he initially supported the U.S. invasion of Iraq, which was instigated by President George W. Bush, Dr. Codevilla soured once it turned into a nation-building effort — the product, he said, of the misbegotten belief on the part of the establishment that America must use its power to change the world rather than defend its interests.

Dr. Codevilla welcomed Donald Trump’s victory in 2016, and he felt encouraged by the president’s anti-establishment rhetoric. But he later said he was disappointed by Mr. Trump’s failure to match words with action — a failure that, he believed, had actually strengthened the ruling class by giving it an enemy to rally against.

“Trump denounced his and his supporters’ enemies, though seldom giving specific reasons for the criticism, while suffering rather than hurting them, motivating them to do their worst, and letting them do so with impunity,” he wrote in an article for American Greatness in July. “He effectively accredited the very people who were discrediting him.” 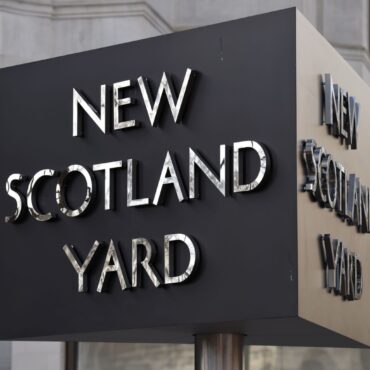 A serving Metropolitan Police officer has been charged with rape, the Crown Prosecution Service (CPS) said. David Carrick, 46, from Stevenage, will appear at Hatfield Magistrates’ Court on Monday. The CPS said: “The CPS has today authorised Hertfordshire Constabulary to charge serving Metropolitan Police officer David Carrick, 46, with one count of rape following an alleged attack on a woman on the night of 4 September 2020. “The defendant’s first […]