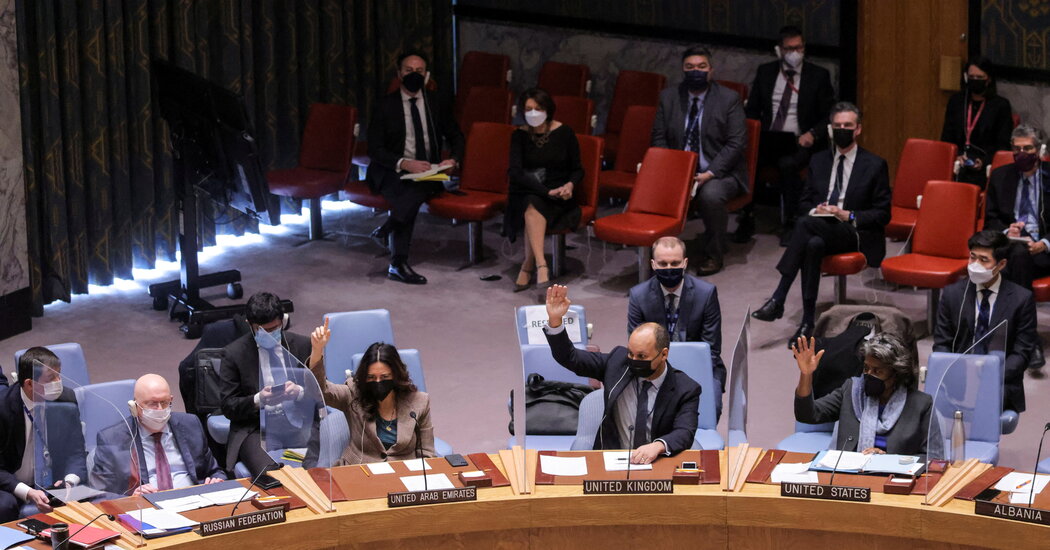 The Kremlin said the two leaders had discussed Ukraine as well as Mr. Putin’s demands for “security guarantees” that would include a legally binding halt on NATO expansion to the east. They agreed to stay in touch by phone and to “work promptly on the possibility of holding an in-person meeting,” the Kremlin said.

American officials said Monday they had received a Russian response to Washington’s proposal, made last week, to defuse the Ukraine crisis. But a State Department official would not detail the response, saying the Biden administration did not want to negotiate in public.

But even as the diplomats at the Security Council emphasized the need for a peaceful resolution, the tone of the rhetoric between the Russian and American envoys suggested the rift between the two sides over Ukraine, and the threat of military force, remained acute.

In Ukraine itself — where many have been unnerved by the constant drumbeat of menacing news about Russian military maneuvers, cyber-sabotage and disinformation — the anxiety has been compounded by hundreds of bogus bomb threats. The threats, possibly instigated by Russia, were meant to sow panic and fear, Ukrainian officials said. The number of fake bomb scares in January, they said, was six times the level of last year.

Ukraine appealed to Moscow to de-escalate the situation.

“Russia several times announced they do not want war,” Dmytro Kuleba, Ukraine’s foreign minister, said in a video briefing for reporters. “Russia can prove those words by immediately decreasing its military, political and economic pressure on Ukraine. It can abandon ideas of destabilizing the situation inside Ukraine with invented protests, cyberattacks and efforts to disrupt normal life.”

The tensions surrounding Ukraine, a former Soviet republic of 44 million that has recently drifted toward the West, have been smoldering since Russia annexed Ukraine’s Crimean Peninsula in 2014 after a Russia-friendly government in Ukraine was ousted. 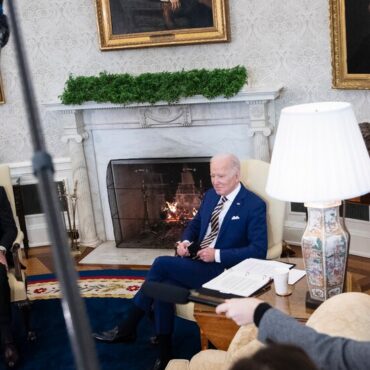 WASHINGTON — President Biden on Monday named Qatar as a “major non-NATO ally” of the United States, a designation that clears the way for greater security cooperation and investment in the Gulf nation at a time when Mr. Biden is seeking help boosting natural gas supplies in Europe.The president is eager to reassure European nations that they will not suffer natural gas shortages if a war between Ukraine and Russia […]