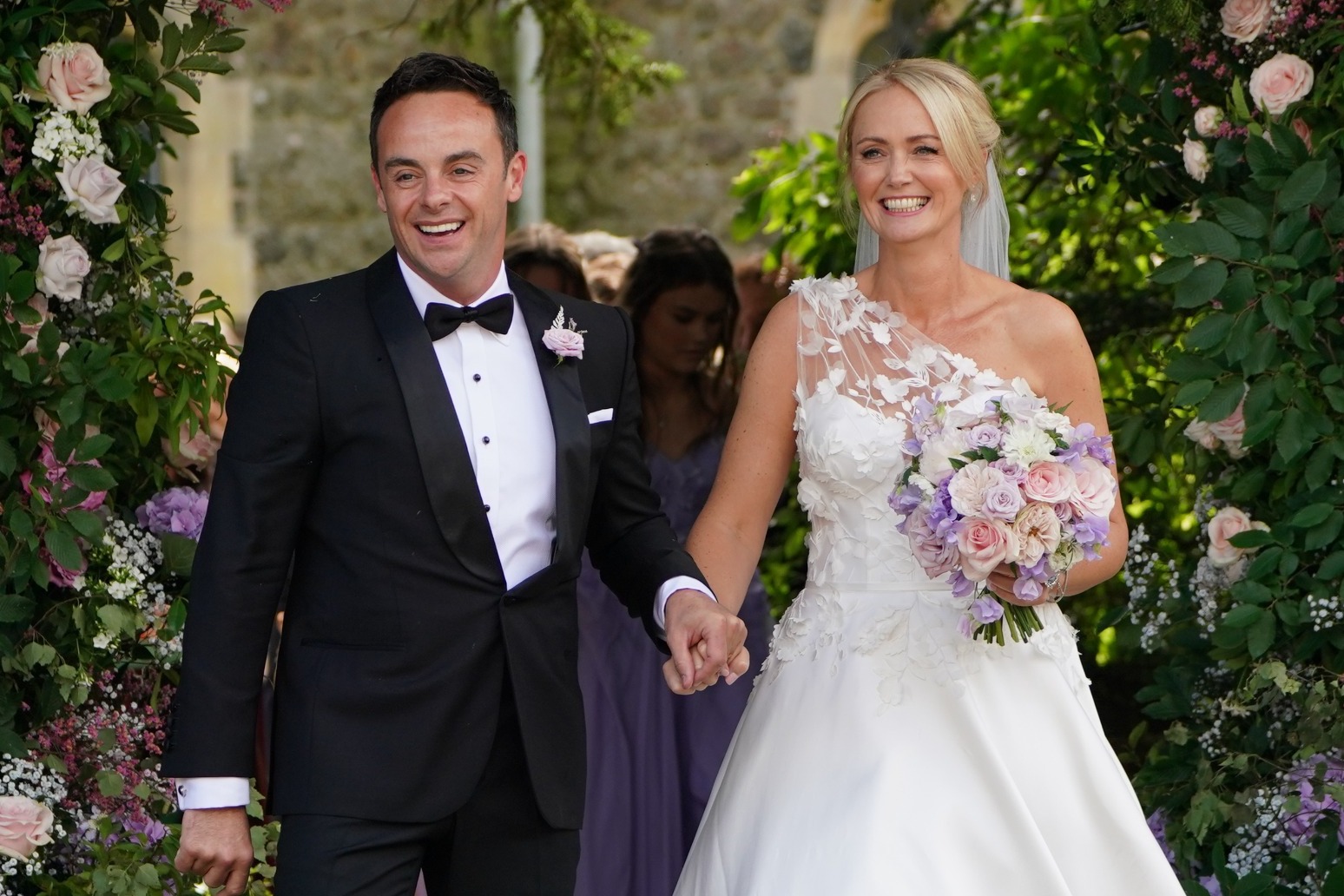 Ant McPartlin and Anne-Marie Corbett have tied the knot in a star-studded wedding ceremony.

Ant McPartlin and Anne-Marie Corbett have tied the knot in a star-studded wedding ceremony.

The pair were beaming as they waved to photographers and cheering fans as they left the quaint rural church in Hampshire that hosted the wedding.

They shared a kiss before departing the venue in a black Rolls Royce.

Singer Alesha Dixon and her husband Azuka Ononye were also guests, along with former footballer Frank Lampard and his television presenter wife Christine.

Corbett was dressed for the occasion in a white dress with flower detailing and a strap over one shoulder.

It was a bespoke Suzanne Neville dress, the designer confirmed on social media.

McPartlin posed with his television sidekick Declan Donnelly outside the church prior to the ceremony.

St Michael’s Church in Heckfield was lavishly decorated with floral displays for the occasion.

The couple and their guests exited the venue through a specially constructed arch made of hydrangeas and roses provided by florists Veevers Carter.

Schofield said the ceremony was “amazing” and “great fun” as he left the church.

The sun was shining for the newlyweds following heavy downpours earlier in the day.

A large group of photographers were gathered outside the venue to capture the occasion.

Dozens of fans were also standing outside the church to catch a glimpse of the happy couple.

Television presenter McPartlin, 45, and 43-year-old Corbett, who was formerly his personal assistant, have been in a relationship since 2018.

They got together following McPartlin’s separation from Lisa Armstrong, his wife of 11 years, earlier in 2018.

McPartlin and Corbett were reportedly planning to marry abroad but opted to host the ceremony in the UK because of the pandemic.

Corbett has two daughters from her relationship with ex-husband Scott Corbett.

Britain’s Got Talent presenter McPartlin, from Newcastle-upon-Tyne, has previously described Corbett as his “rock” after she supported him following his 2018 drink-driving arrest and stint in rehab.

Amanda Holden, his Britain’s Got Talent co-star, apologised for not being able to make the ceremony.

She wrote on Instagram: “So sorry we will miss @antanddec special day .. we are still away.

“Sending our love and huge congratulations to Ant & Amzie on this amazing day.” 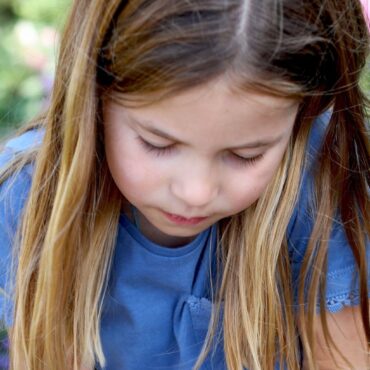