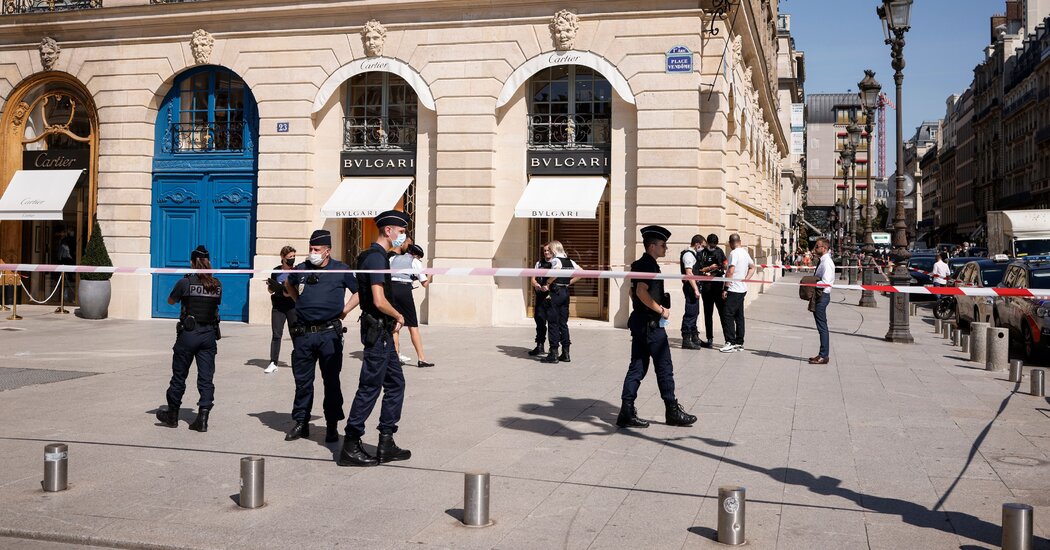 The three men, dressed in suits, could have passed for customers at the Bulgari store in central Paris. Armed with guns, however, their intentions were more nefarious. They stole a large haul of jewels from the Italian jewelry company.

The robbery Tuesday morning took place in the Place Vendôme, the historic square in Paris’s 1st arrondissement that is known for its luxury stores and has been a frequent target for thieves. One person is in custody in connection with the robbery, the Paris prosecutor’s office said in a statement. And the police are looking for others involved.

Bulgari confirmed the robbery in a statement and said that no one had been hurt.

The police declined to comment on the robbery, but an officer who spoke to the media at the scene on Tuesday described a brazen heist and said that after stealing the jewels, the suspects who entered the store fled in a vehicle, while four others took off on scooters toward the center of the city. The police stopped the vehicle in a shootout, the officer, who identified herself as Noura B., said in a video posted by Le Parisien.

The jewelry has not yet been found by the police, the Paris prosecutor’s office said.

It was unclear exactly how much the thieves had taken, the officer in the video said, adding that one suspect had dropped a bag, but the amount was estimated to be at least 10 million euros, or $12 million.

Paris is no stranger to ambitious thieves looking to make away with expensive jewels and other luxuries. More than 2 million euros’ worth of jewelry was stolen in July from Chaumet, a renowned French jewelry store in what police at the time called a “monumental” haul. In 2008, thieves made away with a staggering $100 million worth of jewelry from Harry Winston.

Brazen robbers have seemed particularly drawn to the luxurious designer jewelry and watch stores near Place Vendôme, where Bulgari counts other global high-end brands such as Chanel, Cartier and the Hotel Ritz Palace as neighbors. In 2014, masked robbers armed with a pump-action gun and an ax stole luxury watches worth than $645,000 from Colette.

“Place Vendôme is a sensitive place,” said Jacques Morel, a security adviser to the French association of jewelers, and there had been several attacks in the area. But jewelry thefts have dropped in recent years, he said. About seven years ago, there were up to 500 jewelry store attacks in France per year, he said. Nowadays, thanks to security requirements imposed by insurance companies, that number is less than 100.

“We haven’t had attacks like this in a long time,” he said. Given the number of people seemingly involved, the robbery seemed like “amateurs rather than people from the big banditry,” he said. A haul worth 10 million euros was a high bounty, he added. “I’m a little surprised that they had access to so much jewelry in so little time.”

A special police unit which typically deals with armed robberies, known as the Banditry Repression Brigade, will lead the investigation, the police said on Twitter. 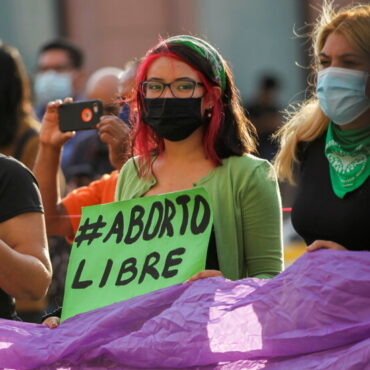 Abortion Is No Longer a Crime in Mexico. But Most Women Still Can’t Get One.

MEXICO CITY — When the Supreme Court in Mexico issued a historic decision on Tuesday declaring that having an abortion was not a crime, activists across the country celebrated. On Wednesday, they got back to work, taking on the long and arduous process of ensuring that the legal shift applies across Mexico.Among their top priorities is helping the women who need it most: those facing criminal penalties, often after having […]