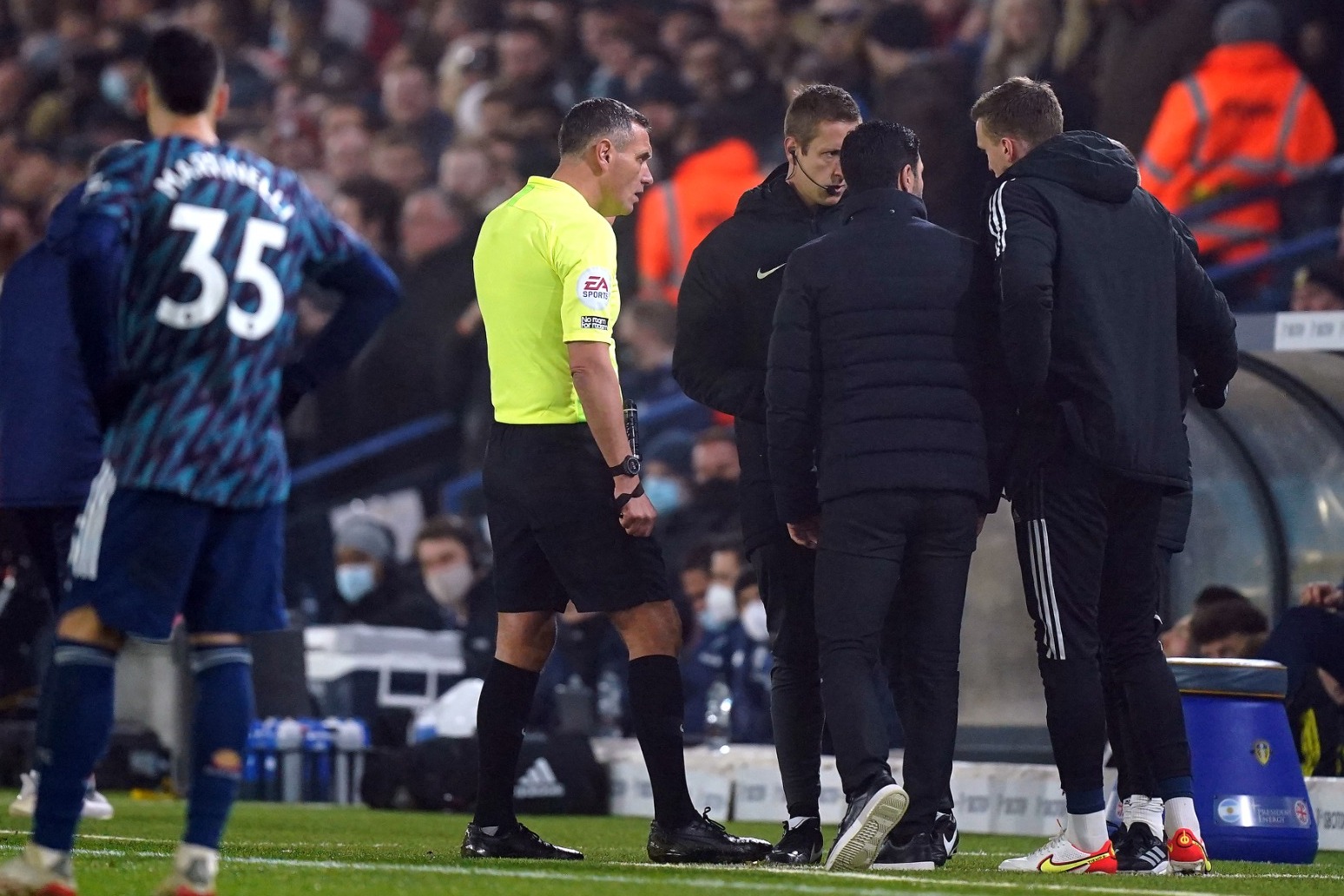 Leeds are braced for a Premier League investigation after Arsenal boss Mikel Arteta confirmed some of his players had been racially abused by a fan during his side’s 4-1 win at Elland Road, with the club stating an arrest had been made.

The Gunners cashed in against a depleted Leeds side, who were without 10 first team players through injury and suspension, but the Londoners’ classy display was marred by football’s latest racist incident.

Arteta said: “Yes, unfortunately I can confirm that. It was reported to the stadium manager. The authorities will deal with that.

“The players that were sitting on the bench. One of those heard those comments.

“I don’t know exactly (which player) it was, that’s why they will have to be interviewed by the authorities.”

Referee Andre Marriner briefly halted play in the 34th minute to consult with match officials after the abuse had been reported.

Following the match, Leeds issued a club statement over the incident and warned anyone found to have used racist language will be banned from Elland Road for life.

“Leeds United can confirm that an investigation into claims of racism during the first half of our game with Arsenal today is under way, and that one arrest has been made in connection to the allegation,” a club statement read.

“Racism will not be tolerated at Leeds United and any supporter found to be using racist language will be subject to a life time ban for all Leeds United games.”

Arsenal boss Arteta had earlier called for action to be taken against the individual concerned, rather than the club as a whole.

“It was a single person and I don’t think that merits a full stadium to pay the price,” Arteta said on Sky Sports.

“It was a single incident, it has to be reported. It was reported and now the authorities will have to work with the clubs to try to understand what happened.”

Arteta was delighted with the manner of his side’s third league win on the road this season, which consolidates them in fourth place, with their first-half display in particular marking them out as genuine Champions League challengers.

“We are there now and still there is a long season to go ahead with a lot of unpredictable things that are going to happen,” Arteta added.

“It’s always difficult to play against them. Any opponent this season, you know the difficulty you’re going to face.”They (Leeds) never gave up in the second half and they’re a team I really like. I’m pleased because it’s not easy to play in this atmosphere or against this opponent.”

Leeds’ patched-up side, thrashed 7-0 at Manchester City in midweek, improved markedly in the second half and were rewarded by Raphinha’s 75th-minute penalty before Smith Rowe’s late effort reflected the true nature of their defeat.

Boss Marcelo Bielsa was without 10 senior players, with Charlie Cresswell (dislocated shoulder) and Diego Llorente (illness) the latest to be added to a debilitating list of absentees.

The tea-time kick-off was the day’s only top-flight game to escape being postponed due to coronavirus, but Bielsa insisted the show must go on.

When asked if there had been any possibility that the game could have been called off, the Argentinian said: “No, no.

“The rules do not contemplate the amount of injuries for a game to be suspended. Even if we had 10 players less. One (Junior Firpo) was through suspension, one illness (Llorente) and the rest injury.”

Leeds sit two places and five points above the relegation zone, but the two teams immediately below them, Watford and Burnley, have two and three games in hand respectively.

Bielsa’s side are in the middle of a daunting run of fixtures – they play at Liverpool on Boxing Day – and were dealt another injury blow, with Jack Harrison (hip) forced off in the 31st minute.

The Argentinian added: “You have to have a tolerance to the frustration. You have to be very convinced, in a big way, of where you’re going to absorb these moments.” 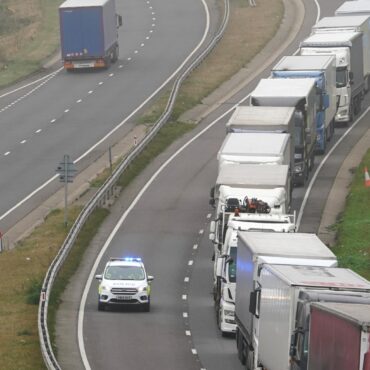 Germany to tighten restrictions on travellers from UK

Germany is tightening restrictions on travel from the UK in an attempt to curb the spread of the Omicron variant, the country’s public health authority has said. From midnight on Sunday – or 11pm UK time – carriers such as airlines are banned from transporting British tourists to Germany. Only German citizens and residents, their partners and children, and transit passengers will be allowed to travel to the country from […]