As Abortion Rights Expand, the U.S. Joins a Handful of Telling Exceptions 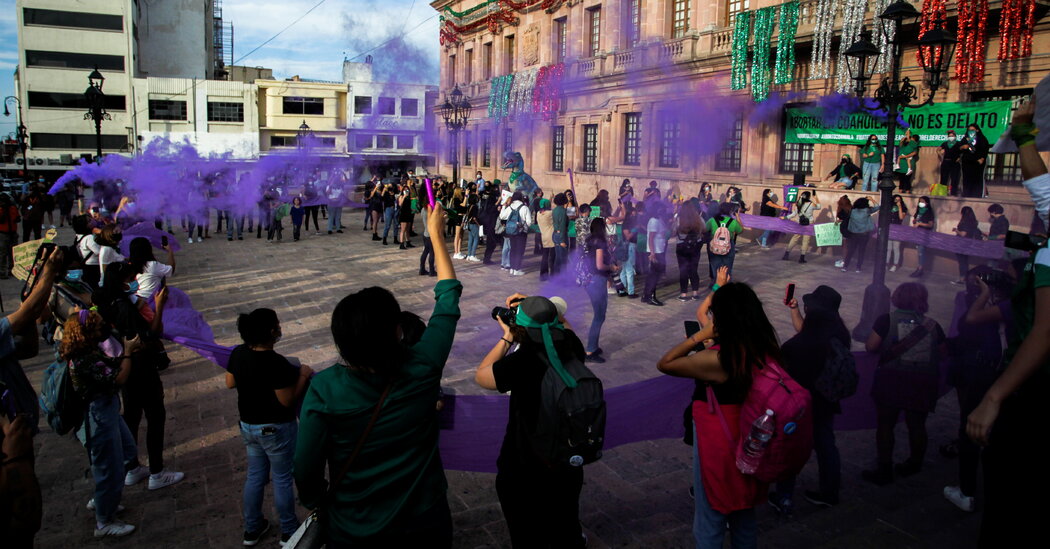 The story of abortion rights in the 21st century can be seen in two world-shaking developments this past week.

It may be tempting to see Mexico’s ruling as the more surprising, catapulting the world’s second most populous Catholic country on a deeply contentious social matter.

But experts say it is the United States that stands out. Since 2000, 31 countries, many just as pious as Mexico, have expanded access to abortion. Only three have rolled it back: Nicaragua, Poland and the United States.

Parallels between the United States and Mexico run deep. Polarized public opinion. Fiercely committed women’s rights groups on one side and religious groups on the other. Federal systems enabling a patchwork of state-level laws. High courts with histories of intervening.

If anything, the United States would seem the likelier to widen access. Its public opinion is significantly more supportive. It has precedent in Roe v. Wade and, as a result of that 1973 decision, a 48-year-old cultural norm around abortion.

It is a story defined by the collision of larger forces, often linked to a defining issue of our time: democracy’s rise and its retrenchment.

A rough but reliable rule has emerged, said Sonia Corrêa, a prominent women’s rights researcher. Where democracy expands, women’s rights follow, of which abortion is often one. But the inverse may be true, too.

That trend has accelerated, she said, but so has a backlash, often tied to rising nationalism and right-wing populism, that has intensified in the last 20 years.

The liberalizing trend, from Britain’s Abortion Act, passed in 1967, through Mexico’s ruling this week, has usually followed a pattern.

A women’s rights movement will arise somewhere, often as part of democratization, in which such groups may play a prominent role. Medical groups and United Nations agencies might voice support. Public opinion on abortion will soften.

A partial or local-level legalization will prove popular, as happened in Mexico, paving the way to more. The legislature or high court, perhaps bowing to public pressure, will step in.

And each breakthrough will inspire others. Mexico’s campaigners wore green handkerchiefs, a nod to Argentine activists who pushed successfully for legalization last year.

“Seeing what they’ve done in Latin America, 10 years ago we’d have thought it was impossible,” said Serra Sippel, the president of the Center for Health and Gender Equity.

But traditional abortion opponents like the Vatican and evangelicals, after years of losing ground, have found new allies.

Nationalist leaders have stirred up social resentments and won over religious groups by targeting abortion rights campaigners — often as part of a broader crackdown on civil society.

The U.S. reversal, in a wealthy democracy with long-held abortion rights, is an even greater outlier, said Elizabeth Heger Boyle, a gender rights scholar at the University of Minnesota.

Though most Americans support legal abortion, an entrenched minority remains.

Partisanship is one factor, locking in opposition among demographics that, in other countries, have softened their views.

Still, in most countries, forces like partisanship or nationalism only slow the expansion of abortion rights. It takes something more drastic to roll it back.

High courts are generally thought to incorporate public opinion on contentious social matters. Mexico’s is an example: It jumped ahead of public opinion on abortion, but in a direction that Mexicans were slowly trending.

But last week’s United States ruling may be symptomatic, some political scientists argue, of a significant change in democracy there and elsewhere. Its major institutions increasingly empower minority rule.

“Thirty-five, 40 percent of the electorate,” said Steven Levitsky, a Harvard University scholar on democracy, “now can be enough, given the electoral system,” to win power.

Electoral College and Senate maps have always tilted American elections to favor certain voters over others, for instance by granting rural states outsized representation. For the first time in American history, demographic groups that tend to support one party, the G.O.P., overwhelmingly cluster in the areas that receive disproportionate voice.

Citizens, not the state, will enforce the law. The law effectively deputizes ordinary citizens — including those from outside Texas — allowing them to sue clinics and others who violate the law. It awards them at least $10,000 per illegal abortion if they are successful.

In democracies, a drift toward minority rule can feed a sense that power does not flow from the will of the people as a whole. Such leaders and institutions often become likelier to overrule the majority on issues important to the minority that put them in power.

At the same time, partisan combat has grown more intense, with studies finding that Republicans are likelier to breach democratic norms, including in blocking then-President Barack Obama from filling a Supreme Court vacancy in 2016.

“There’s a lot of hardball involved in creating this six out of nine conservative majority,” Dr. Levitsky said.

In societies with high polarization, he has found, parties often fight bitterly for control of the courts. These contests tend to send a message, intended or not, that courts exist to serve partisan interests, rather than guard against them.

Rulings at odds with public opinion, Dr. Levitsky said, can become “very likely in a period of polarization and hardball politics.”

This may help explain why all three countries to roll back abortion rights this century — Nicaragua, Poland and the United States — did so amid bare-knuckle fights for control of the high court.

The only two developed countries to roll back abortion rights, the United States and Poland, share a revealingly similar trajectory.

In both, high courts rolled back abortion rights that were favored by national majorities.

And both rulings were preceded by the rise of populist leaders who widened social divisions and promised to smash or co-opt independent institutions.

Conservative groups have long sought to overturn abortion laws. But they have been “radicalized” by the populist surge, Dr. Levitsky said, of voters who see themselves as besieged minorities fighting for the survival of their way of life.

Though Texas’ abortion restriction came through normal procedure — albeit one that some critics consider legally dubious for its open effort to sidestep judicial oversight — it hints at a broader phenomenon.

Curbs on women’s rights tend to accelerate in backsliding democracies, a category that includes the United States, according to virtually every independent metric and watchdog.

In more degraded democracies, the effect is more extreme. Around the globe, the rise of right-wing populism has been followed by extraordinary reductions in women’s rights, according to a 2019 report by Freedom House.

Strongmen often curb civil society as a whole, of which women’s groups tend to be leading members. And they rise on appeals to nationalism, with its calls for rigid social hierarchies and mores.

“There is a trend to watch for in countries that have not necessarily successfully rolled it back, but are introducing legislation to roll it back,” Rebecca Turkington, a University of Cambridge scholar, said of abortion rights, “in that this is part of a broader crackdown on women’s rights. And that goes hand in hand with creeping authoritarianism.”

For all the complexities around the ebb of flow of abortion rights, a simple formula holds surprisingly widely. Majoritarianism and the rights of women, the only universal majority, are inextricably linked. Where one rises or falls, so does the other. 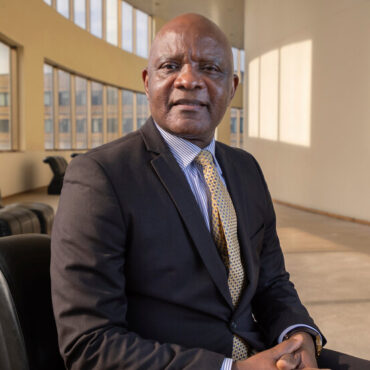 The decision by some rich nations to offer booster shots will hinder coronavirus vaccine access for low-income countries, the director of the Africa Centers for Disease Control and Prevention said on Thursday, arguing there is no conclusive evidence healthy people who are not immunocompromised need an extra shot.In wealthy countries — including Germany, France, Israel and the United States — there has been growing momentum to offer additional doses to […]