As Floods Ravage China, 13 Die After Bus Falls Off Bridge 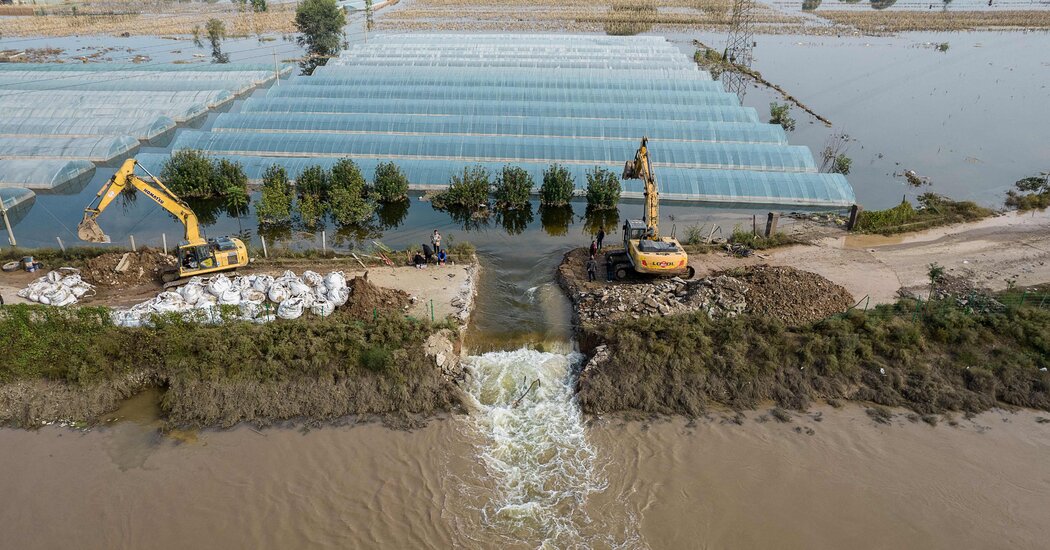 For the second time in three months, China is grappling with the aftermath of violent floods caused by days of unusually intense rains that have left at least 28 people dead and displaced more than 120,000 across northern parts of the country.

The death toll included 13 people who died after a commuter bus fell into a river on Monday from a flooded bridge near the northern city of Shijiazhuang, according to Chinese media reports. Video circulating online showed stranded passengers waiting to be rescued on the roof of the nearly submerged bus as it floated in the river. As of Monday night, 37 people had been rescued from the bus, according to CCTV, China’s state broadcaster.

They have also exposed the vulnerability of China’s energy supply. Shanxi Province, China’s coal country, was among the hardest-hit regions of last week’s floods, with torrential rains leaving at least 15 people dead. The flooding also caused operations in 60 coal mines in the province to be suspended, according to Chinese state news media. The disruption comes as the government has been struggling to overcome an electricity shortage and nationwide blackouts caused partly by rising energy prices and soaring demand.

The heaviest rains occurred last week, while many were traveling for China’s seven-day national holiday known as Golden Week. Chinese state news media emphasized that 600 mines in Shanxi Province remained operational and that many workers had given up their holiday plans to make sure that they could continue producing coal. Two-thirds of China’s electricity comes from coal.

In addition to the mine closures, the floods disrupted rail service on several lines in Shanxi Province and caused part of the ancient city wall of Pingyao, one of China’s best-preserved medieval towns, to collapse. At least 17,000 buildings were destroyed and large areas of farmland were flooded, according to state news media. Other regions affected by the recent floods include the northern provinces of Hebei and Shaanxi.

While the death toll in the latest round of floods appears to be lower than in July, many people on Chinese social media asked why local media had scant coverage of the disaster. Hu Xijin, the editor of the Communist Party-owned Global Times newspaper, wrote on his Weibo social media account on Saturday that the Shanxi floods had received less attention because the casualties had been minimal and the flood-relief efforts had gone smoothly, contributing to the “stability of the country” during the holiday.

Some commenters on social media seemed to suggest otherwise. On Sunday, a person claiming to be in the remote village of Nanfenggou, in rural Shanxi Province, took to Weibo to plead for help.

“There are all old people, and the electricity and water have been cut off,” the user wrote. “We don’t know if there is enough food.” 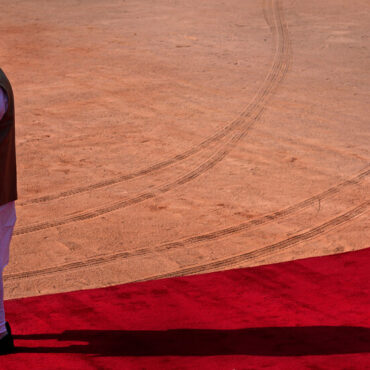 ‘Are We Human?’ Modi’s Use of Antiterror Law Draws Scrutiny From Courts

NEW DELHI — The two women walked through the gate of India’s notorious Tihar prison raising their fists and chanting protest slogans.Their release on bail in June after spending a year in custody was unusual given the accusations they face: They have been charged with terrorism.Natasha Narwal and Devangana Kalita, student activists, were imprisoned under an antiterror law with roots in the British colonial era that critics say the Indian […]