As German Elections Near, Angela Merkel Dips Into Campaign Fray 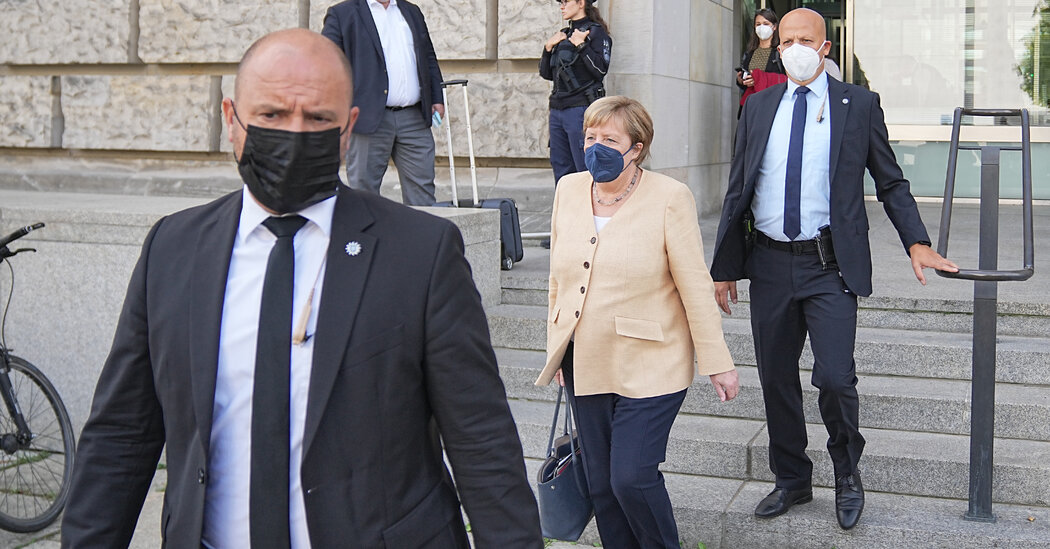 BERLIN — Angela Merkel has said she wanted to stay out of the election campaign for her replacement as Germany’s chancellor. But with her party polling at record lows, Ms. Merkel used a speech to Germany’s Parliament on Tuesday to plead with Germans to keep the Christian Democrats in power.

Since late July, the conservative Christian Democrats and their Bavaria-only partners, the Christian Social Union, have been dropping steadily in the polls, while their candidate to replace Ms. Merkel, Armin Laschet, has struggled to overcome a series of gaffes that sent his own popularity plunging.

The situation has become alarming enough that Ms. Merkel has dropped the pretense of being a bystander, and in recent weeks she has been using her voice and platform to try to drum up support for Mr. Laschet and distance herself from his main rival, Olaf Scholz.

Mr. Scholz, Germany’s finance minister and Ms. Merkel’s vice chancellor, has been seeing his popularity rise, along with that of his center-left Social Democratic Party — often by positioning himself as the true successor to the chancellor under whom he has governed since 2017.

In an effort to claw back support, Mr. Laschet has taken to warning that a government led by Mr. Scholz could shift the country away from its current centrist course, especially if he includes the Left Party in any governing coalition. The Left Party has repeatedly rejected Germany’s participation in NATO missions and questioned whether the alliance should exist.

Ms. Merkel, who is not seeking another term in office, echoed that warning on Tuesday in what was likely her last speech before Parliament as chancellor, urging voters to throw their support behind Mr. Laschet when they go to the polls on Sept. 26 to elect a new government. It is the first time since modern Germany was founded in 1949 that the incumbent chancellor is willingly ceding power.

“In a few days, our citizens have to make a choice: either between a government with the Social Democrats and the Greens, that accepts support from the Left Party, or at least does not exclude it,” Ms. Merkel said, “or a German government led by the Christian Democrats and Christian Social Union, with Armin Laschet as chancellor.”

Despite Ms. Merkel’s intentions to stay out of the campaign, Tuesday’s remarks were not the first time she has stepped up to help her party’s flagging fortunes. On Aug. 20, when Mr. Laschet sought to relaunch his election campaign heading into the final weeks, Ms. Merkel praised, among other things, his Christianity as his guiding moral compass. Still, his fortunes failed to turn around.

Last week, Mr. Laschet presented a team of expert advisers he hoped would shore up his numbers, but that appears to have had little impact.

Polls released this week have shown Mr. Laschet’s party struggling to retain 20 percent support — a previously unthinkable position for a party that has governed Germany for all but two of the past seven decades.

Ms. Merkel also went on the attack against Mr. Scholz, who during a campaign speech last week described the 50 million Germans who had been vaccinated against Covid-19 as “guinea pigs” who had proven the safety of the vaccines.

“We were the guinea pigs for those who have waited,” Mr. Scholz told a radio station in North Rhine-Westphalia. “As one of the 50 million, I can say, it went well! Please join us!”

In her speech on Tuesday, Ms. Merkel shot back: “Of course no one of us who has been vaccinated is in any way a guinea pig,” she said, adding that all vaccines had undergone the necessary testing to be granted approval.

Mr. Scholz defended his comment as a lighthearted attempt to convince more people to get their inoculation against Covid-19. “If some people don’t want to laugh, but get upset, maybe it has something to do with their ratings in the polls that aren’t very funny,” he said.

Long the traditional rivals of the center-right conservatives, the Social Democrats spent 12 of Ms. Merkel’s nearly 16 years in government as the junior coalition partner in her government, influencing many of the policies passed, like a national minimum wage and billions in Covid relief.

Mr. Scholz, who was initially dismissed as a viable candidate for chancellor, has surprised the conservatives with his strong showing. Headed into the race, the Christian Democrats thought their biggest challenge would be the Green Party and its 40-year-old candidate, Annalena Baerbock, who has campaigned on a promise to usher in an era of change.

Mr. Scholz, 63, has understood that after four terms of prosperity and relative stability under Ms. Merkel, Germans still value a feeling of security. He has focused his campaign on pledging to ensure jobs and working to shore up social stability by fighting child poverty and keeping housing prices in check.

“A new beginning is needed,” Mr. Scholz told Parliament on Tuesday. “I hope, and I am sure, that it will succeed.” 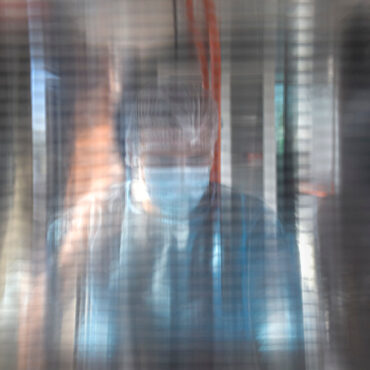 A Vaccine Success in Europe That Sinks in the East

BRUSSELS — More than 70 percent of the European Union’s adult population has been fully vaccinated, making it one of the world’s vaccination leaders. But some Eastern European countries are lagging far behind, exposing the bloc to new waves of infections and creating a divide that E.U. officials and experts say could hamper recovery efforts.While 80 percent of the adult populations in countries like Belgium, Denmark and Portugal have been […]