As Hong Kong’s Civil Society Buckles, One Group Tries to Hold On 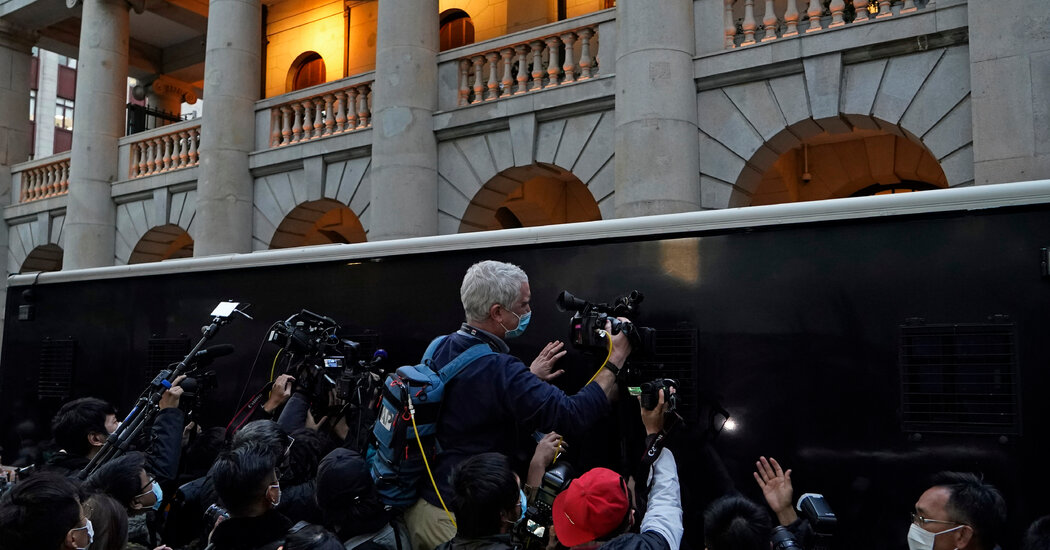 HONG KONG — Unions have folded. Political parties have shut down. Independent media outlets and civil rights groups have disappeared. The Hong Kong government, its authority backed fully by Beijing, is shutting down the city’s civil society, once the most vibrant in Asia, one organization at a time.

But one group, the Hong Kong Journalists Association, has refused to fold, even as Hong Kong’s security secretary repeatedly singles it out for public criticism.

“We will try to fight to the last moment,” said Ronson Chan, the association’s chairman. “But honestly, it’s a gamble. How cruelly will the Beijing government treat us? We know the history of journalists in the People’s Republic of China.”

The authorities have used a national security law, which was introduced last year after months of widespread antigovernment protest, to silence dissent. Dozens of groups have been forced to disband.

Many face investigations. The police have arrested the leaders of some groups and have used the security law to force them to disclose information about membership and funding. Some groups have been the targets of attacks from officials and state-controlled newspapers.

Neither part of the government nor the private sector, civil society provides a bulwark against the excesses of both. It gives people a way to be heard when the powers that be are against them and helps responds to problems governments won’t address.

The actions against the labor unions and nonprofit organizations reach beyond Hong Kong, too. Because of the city’s relative freedom, it functions as the center for efforts to protect rights in China and the broader region. But that status is eroding under the crackdown.

“These groups were important not just to Hong Kong or even China, but to all of Asia,” said Maya Wang, a senior China researcher for Human Rights Watch. “Now, bit by bit, that fabric of civil society is being taken apart.”

Human Rights Watch, which is based in New York, left Hong Kong after it was sanctioned by China in retaliation for American legislation supporting Hong Kong protesters in 2019.

The biggest local group to fall has been the Confederation of Trade Unions, an umbrella organization made up of more than 70 affiliate unions. It voted on Oct. 3 to disband in the face of growing pressure from the government.

The confederation helped organize a dockworkers’ strike in 2013 and a street cleaners’ strike in 2018. Its political activities, including protests and a general strike during the 2019 unrest that roiled the city, likely made it a target of the authorities.

“Union activity is very unglamorous in Hong Kong,” said Ms. Wang, citing the city’s weak labor protections. “There is basically no reward, but they persisted anyway.”

The confederation’s general secretary, Lee Cheuk-yan, is serving time in prison for illegal assembly over the 2019 protests. He and Carol Ng, the group’s former chairwoman, have also been charged with subversion in separate cases under the security law. The group said it was forced to dissolve after its leaders were threatened.

“A few of our leaders received quite intimidating and concrete warnings that they were facing threats to their person or even their families if the C.T.U. remained in operation,” said C.F. Fan, a research officer for the group. He said the threats came both from Hong Kong and Chinese security services, but declined to give details.

One of the confederation’s biggest affiliates, the Hong Kong Professional Teachers Union, said it would dissolve this year. That organization was the city’s largest teachers union, with more than 100,000 members, but it started disbanding after state media attacked it as a “malignant tumor” and the government said it would no longer recognize the group.

Activist groups have also been decimated. The Civil Human Rights Front, which had organized large marches, closed in August after Beijing’s office in Hong Kong accused it of opposing China and the police opened an investigation into its funding. The Hong Kong Alliance in Support of Patriotic Democratic Movements of China, which organized an annual vigil to mourn those killed in the 1989 crackdown on the Tiananmen protest movement, disbanded after the authorities began looking into its funding and accused most of its leadership of national security offenses, including subversion. The authorities removed displays from the group’s museum and blocked access in Hong Kong to the group’s website.

“The past 32 years, with the Hong Kong Alliance keeping those memories alive, signaled that Hong Kong was different from mainland China,” Richard Tsoi, the only officer of the group not in custody, said of the vigils. “But things have changed significantly.”

Many groups continue to operate, but some fear that the crackdown could spread.

“We are not interested at all in politics,” said Brian Wong, a member of Liber Research Community, an independent research institute that focuses on land use. “But from what we can see on the mainland, eventually all of civil society can be seen as a threat.”

The Hong Kong Journalists Association’s relative distance from politics may have also insulated it thus far. Mr. Chan, the union’s head, says its leadership has been hardened years of covering crackdowns and street protests.

They have little illusions about the difficulties that they will face, but want to continue on because of the needs of their colleagues, including hundreds of recently unemployed Apple Daily journalists, he added. The aggressive pro-democracy newspaper was forced to close in June after its accounts were frozen and several top editors and executives arrested.

“I told them even if I’m arrested, please don’t disband,” he said. “And if the pressure is too great, then put it to the members.”

The journalist’s group, which has fewer than 500 members, was founded in 1968 to help media workers organize and to promote press freedom. This year it has grown increasingly focused on helping unemployed journalists, including providing spending vouchers to former Apple Daily employees.

Chris Tang, Hong Kong’s security secretary, started a broad assault against the journalist’s association in September. In an interview with the state-controlled Ta Kung Pao newspaper, he criticized the union for allowing student members and asked why its leadership was made up of journalists from “a few media organizations” — a reference to outlets that are generally critical of the government. He called on the group to disclose its membership, a refrain some pro-Beijing media and politicians have continued for weeks.

The association responded that the only students who are allowed to join are college students studying journalism and that revealing the union’s membership list would likely violate Hong Kong’s privacy laws. Mr. Chan said the union has members from most mainstream and even state-controlled publications. Another union, the Hong Kong Federation of Journalists, represents pro-Beijing media.

“We can’t underestimate how much danger we are in,” said Mr. Chan, who is an editor with Stand News, an online publication. “But I think we still have some room.”

After Mr. Tang, who was Hong Kong’s police commissioner, was appointed to the security secretary role in June, Mr. Chan sent a congratulatory message. He knew Mr. Tang from years of covering the police.

“The most important thing is that everyone is safe,” Mr. Tang replied over WhatsApp.

He received no reply. 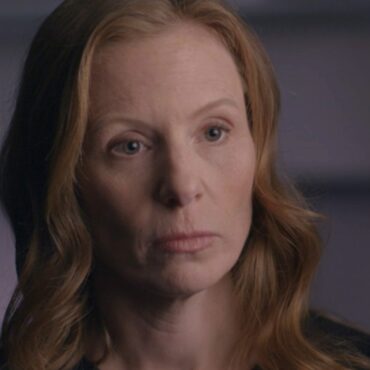