At Bagram Air Base, a Notorious Prison Lies Empty 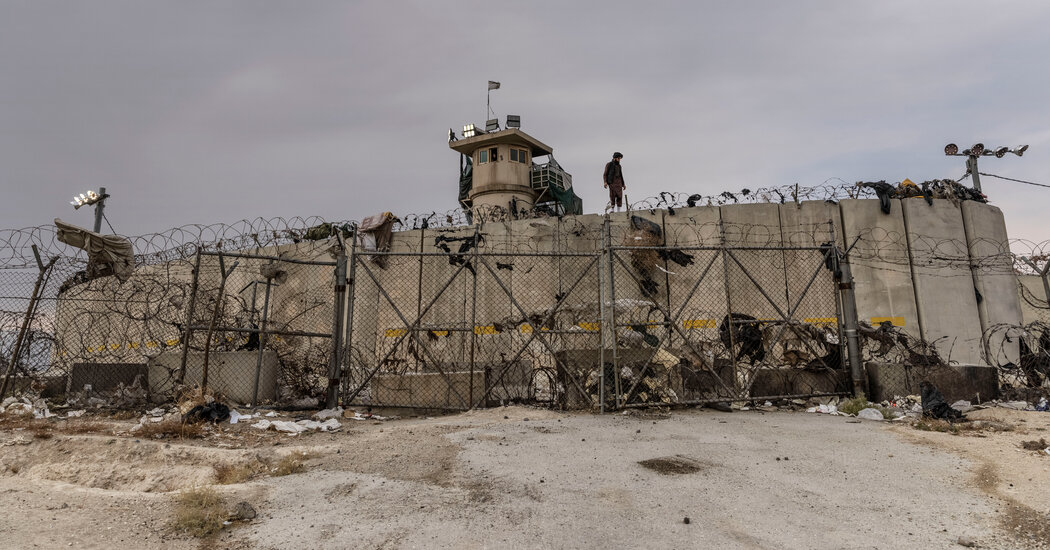 On July 1, with little warning and no public ceremony, U.S. forces abandoned the sprawling Bagram Air Base, the hub of the 20-year American war effort in Afghanistan. Six weeks later, on Aug. 15, Taliban fighters swept into the base and freed thousands of prisoners — including senior Taliban and Al Qaeda figures — from a prison complex at Bagram.

A base that was once a bustling city housing tens of thousands of troops is now a desolate ruin. Within Bagram’s concrete blast walls, a bedraggled unit of Taliban fighters guards the emptied prison, once the site where the U.S. military detained thousands of people suspected of being insurgents, often for long periods without charge or trial. The guards camp amid mountains of debris and personal belongings abandoned by fleeing prisoners, and damaged equipment left by U.S. and Afghan government forces.

Several Taliban guards recently allowed the photographer David Guttenfelder to tour the prison, where he climbed into cells littered with clothing, notebooks, drawings, toilet items and trash. Among the items were shoes made from orange prison uniforms. The photographer entered the cells through ragged holes in prison walls smashed open by fleeing inmates.

In prison yards and along walkways, Mr. Guttenfelder encountered uniforms, helmets, riot shields, handcuffs and other items abandoned by Afghan government guards. The United States turned the base over to Afghan forces in July.

The prison, known as the Detention Facility in Parwan, was built by the United States in 2009. It replaced a nearby detention center at Bagram, known as the Bagram Collection Point, where detainees endured abusive treatment at the base. American military pathologists ruled that two detainees died in 2002 from beatings inflicted while in U.S. custody.

While the Parwan facility provided more humane conditions for prisoners, it became the source of violent protests in February 2012 that led to the deaths of Afghans and Americans after Qurans confiscated from prisoners were burned by U.S. soldiers.

The United States transferred the Parwan detention facility to Afghan government control in 2013 after turning over 3,000 Afghan prisoners to Afghan custody.

In 2019, the United Nations reported that the facility, under the control of the Afghan National Army, was overcrowded and that solitary confinement was being used as a form of discipline.

When American forces seized Bagram Air Base in late 2001, it was an abandoned wreck fought over by the Taliban and U.S.-backed Northern Alliance militias. The base was first constructed by the Soviet Union in the 1950s and served as a hub for Soviet military operations for a decade before troops withdrew in 1989.

Rebuilt by the U.S. military, Bagram expanded into a home away from home for tens of thousands of U.S. and NATO troops. They ate at American fast-food restaurants and bought electronics, T-shirts and groceries at a vast post exchange. They dined on pizzas, hot dogs, hamburgers and ice cream at several well-stocked DFACs, or dining facilities.

Today, the base and the prison are quiet. Taliban guards said Bagram was controlled by two Taliban commanders, one with 500 men under his command and the other with 200 men.

The prison guards, members of a unit from Helmand Province, said they were eager to see nearby Kabul, the Afghan capital, for the first time. The men operate from a cargo container and sleep on mattresses atop wooden pallets. Some spend their time picking trash out of concertina wire, tidying up a facility that is their temporary home.

One guard said he would rather be elsewhere in Afghanistan, helping fellow Afghans, instead of guarding an abandoned prison. Another contended that the United States had spent billions of dollars on the base and prison that could have been used for humanitarian projects. 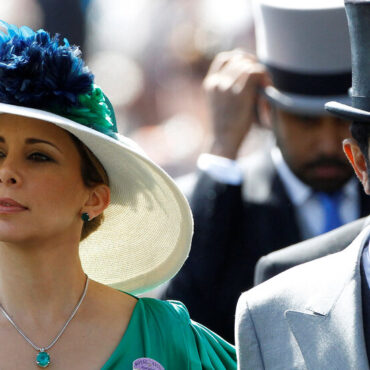 LONDON — London’s High Court has ordered the ruler of Dubai to pay his ex-wife and their two children more than 554 million pounds, according to court documents released Tuesday that said he posed “grave risk” to their safety. The documents detail a custody settlement, dated Nov. 19, that appears to be one of the largest in British history, equivalent to about $734 million. The settlement also appears to resolve […]