At Least 9 Drown Swimming Off the Coast of Southern France 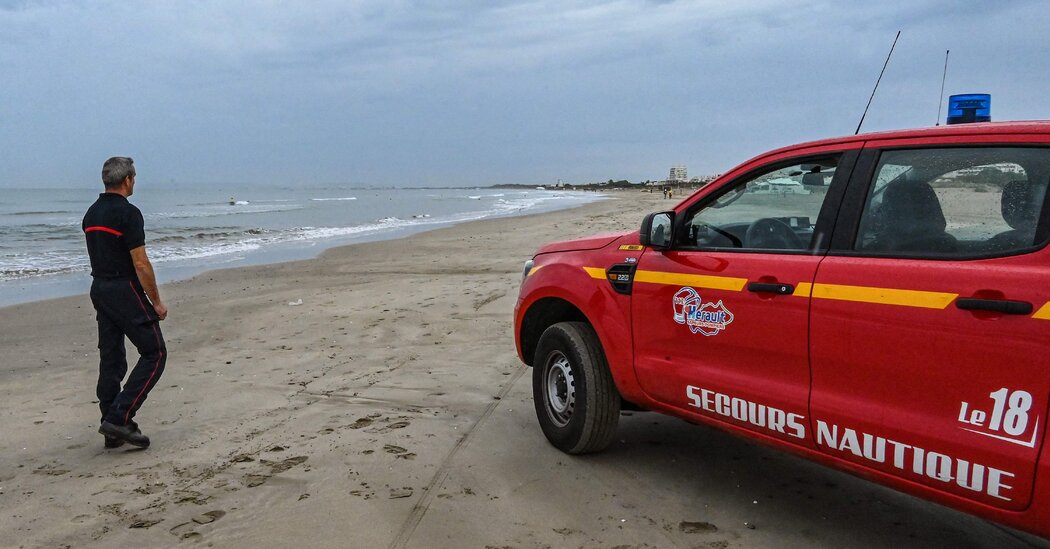 PARIS — At least nine people have been swept out to sea and drowned off the southern coast of France after high seas stirred up by strong winds created dangerous swells that caught the swimmers by surprise.

“This toll is dramatic,” Eric Brocardi, a spokesman for the French National Federation of Firefighters, told the radio station Franceinfo on Thursday. Mr. Brocardi said that the local authorities had expected rough seas, prompting advisories against or even banning swimming at certain beaches.

“Unfortunately, some people defied the ban,” he said.

Officials said that the deaths, all on Wednesday, reflected the dangers of the Mediterranean Sea, considered to be generally calm but whose underwater currents can be treacherous.

The deaths of the swimmers on Wednesday, according to French officials, also highlighted the shortcomings in communicating the risks of swimming, especially when no lifeguards are on duty.

All but one of the people who drowned were in their 60s and 70s, according to local French news reports. They died while swimming at various beaches in the regions of Aude, Bouches-du-Rhône and Hérault, which are all administrative divisions in southern France and include big cities such as Marseille and Montpellier.

A video attached to a message posted on Twitter on Wednesday by firefighters from Hérault, where five people were reported dead, showed deceptively small rollers crashing into the shoreline.

The areas of Aude and Bouches-du-Rhône had been placed on a yellow storm alert and Hérault on orange alert on Wednesday, while the red flag was raised on several beaches, meaning that swimming was forbidden.

“I can’t understand how people could get into the water when the seas were rough,” Jordan Dartier, the mayor of Vias, a city in Hérault where one person drowned, told the French broadcaster LCI. “It’s a dramatic day for our region.”

Several rescue officials have suggested that the warm weather had tempted people to swim and that the waves, while not looking dangerous, concealed perilous underwater currents.

“The water is warm, you think you are going to have fun, and quickly you are pulled toward the open sea and toward the bottom, and you get exhausted trying to come back. This is what causes the drowning,” Aurélien Manenc, chief of the firefighting department in Hérault, told the broadcaster TF1.

Some officials also said that a lack of lifeguards after the end of the summer vacation season had raised the risk for swimmers. Despite being relatively late in the year, many people have flocked to beaches in southern France this September, attracted by the unusually warm weather.

“We will have to ask ourselves the question of the monitoring of our beaches: Should it continue in September?” Patrick Vignal, a lawmaker representing the Hérault region, told the channel BFMTV.

According to the health authorities in France, 250 fatal drownings were reported from June to August this year, a 5 percent decrease compared with the same period in 2018, the last time the figures were collected. 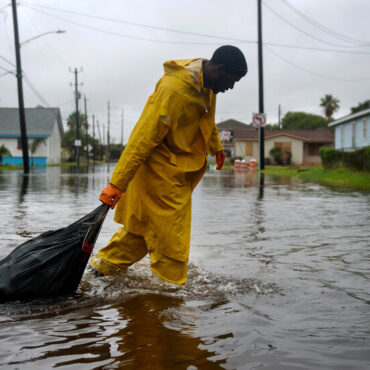 Since the storm named Nicholas made landfall in Texas on Tuesday, it hasn’t traveled very far.It first lingered over southeastern Texas, dumping rain along the coast and causing power outages in Houston. Since then, the storm has moved east over Louisiana, sometimes as slow as two miles an hour. Nicholas could cause flooding in Mississippi, Alabama and Florida today and tomorrow.This kind of storm — big and slow, bringing enormous […]