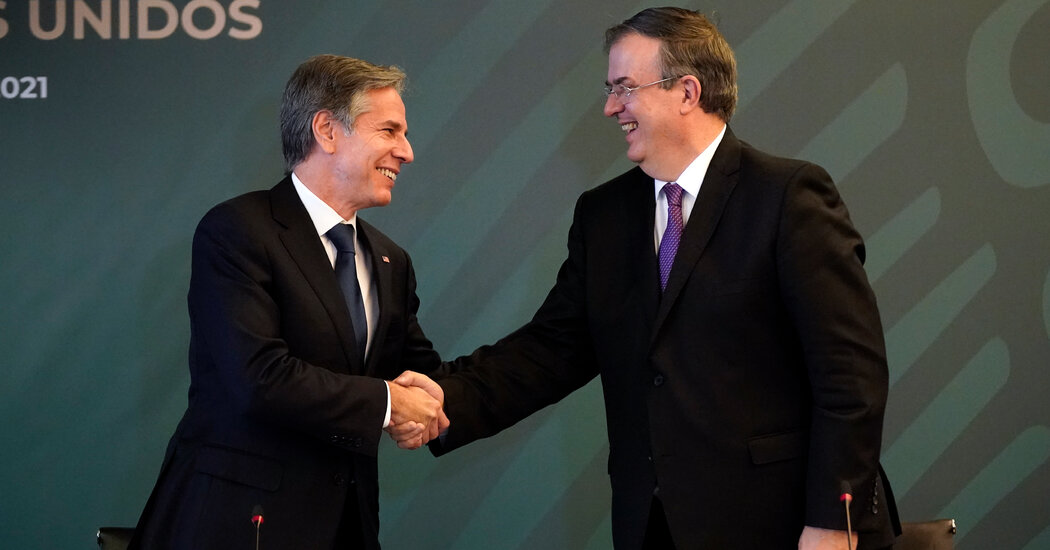 MEXICO CITY — The United States and Mexico began overhauling an aged security agreement on Friday to better confront the flow of criminal activity between the two nations, but officials at the high-level talks conspicuously sought to avoid focusing on the ever-growing migrant crisis on their shared border.

It was a striking omission, given the thousands of people, largely from Central America and the Caribbean, crowded on the Mexican side of the border, many in squalid camps, seeking entry to the United States.

And it underscored the inertia in both governments for finding a broad solution for managing the crisis, particularly after the U.S. Supreme Court in August rejected President Biden’s efforts to let some migrants in by easing asylum restrictions imposed by the Trump administration.

Instead, the top diplomats and immigration, defense, economic and legal officials from Mexico and the United States began discussing on Friday a replacement to the Mérida Initiative, a security agreement signed in 2008.

That compact saw millions of dollars in weapons flow from the United States government to its counterparts in Mexico and Central America as part of a larger plan to combat drug trafficking. But it failed to dismantle criminal organizations or restore security; instead, since the agreement was signed, Mexico has experienced some of the worst violence it has ever seen.

Immigration was not completely ignored on Friday: Both sides said the migrant crisis was discussed during the talks, including over breakfast with President Andrés Manuel López Obrador.

Secretary of State Antony J. Blinken said at a news conference that collaboration between the United States and Mexico in managing migrants “has never been stronger” and suggested that both countries would enlist other regional leaders to assist, in part by focusing on the broader economic and social issues driving migration.

“We want the Mexico-U.S. relationship to be about more, much more, than immigration and security,” Mr. Blinken said.

But officials said the new security agreement would mostly address how to stop human traffickers and other criminal smugglers instead of the wider problem of refugees and economic migrants stuck at the border.

Mexico’s foreign secretary, Marcelo Ebrard, said the new bilateral agreement — a three-year deal is expected to be completed in January — could be a robust framework to create more jobs in Mexico and Central America while strengthening security cooperation. By focusing on development, Mexican officials believe the new agreement could also help stem migration to the United States.

“For Mexico, it is a priority to reopen activities at the border,” Mr. Ebrard said, referring to a decision last year by the United States to close land crossings at the border with Mexico to stem the spread of the coronavirus. “They know it’s a priority, however it was not the objective of today’s meeting.”

In Washington on Friday, 15 Democratic senators and Senator Bernie Sanders, independent of Vermont, urged Mr. Blinken and Alejandro N. Mayorkas, the Homeland Security secretary, to ensure that Haitian migrants are protected — both those attempting to enter the United States and those deported. Recent images of U.S. Border Patrol officers on horseback corralling Haitian migrants in Texas were met with widespread anger and drew added attention to a broken immigration system.

“Ensuring the integrity of U.S. borders is of utmost importance, and is not incompatible with the fundamental duty to respect the dignity, humanity and rights of all individuals seeking entry to the United States,” the senators wrote in a letter Friday.

On Friday, the Biden administration raised the refugee admissions target to 125,000 for 2022. “A robust refugee admissions program is a cornerstone of the president’s commitment to rebuilding a safe, orderly, and humane migration system,” Mr. Blinken said in a statement.

Mexican officials hope the new security agreement will focus less on going head-to-head with drug traffickers and instead look at the causes of addiction — treating it as a medical issue, not a criminal one — and address the dire economic conditions that propel underemployed youth to join drug organizations.

The Mérida Initiative partly focused on what is known as the “kingpin strategy” to capture or kill leading drug traffickers. But it failed to stamp out the flow of drugs from Mexico and Central America, and the next generation of traffickers was ready to take the place of those captured or killed.

Mexico’s priority at the talks is to find a way to reduce the astronomical levels of violence that have swept the country since the inception of the Mérida Initiative. In 2008, 12.6 murders were recorded for every 100,000 people in Mexico; by 2018 that number had soared to 29, according to World Bank data.

The violence is the result of two factors, analysts believe: the Mérida Initiative’s focus on all-out war with drug gangs and lax gun laws in the United States that have led to thousands of weapons being smuggled into Mexico and Central America each year.

During the Obama administration, the United States cut some security funding over concerns about human rights abuses by Mexico’s government. Those concerns have not abated: Last year, the State Department concluded in its annual human rights report that Mexican security forces and other government officials had tortured prisoners, engaged in arbitrary arrests, committed violence against journalists and exploited children for labor.

A sign of how the negotiations are progressing, Ms. Zissis said, will be whether agents from the Drug Enforcement Administration are allowed to work in Mexico again. Mexico has withheld visas for D.E.A. agents since the arrest last year of Gen. Salvador Cienfuegos Zepeda in California, a former defense minister, on suspicion of aiding drug traffickers. The arrest set off outrage within the Mexican government, which demanded the general’s extradition and then moved to curb cooperation with the D.E.A.

“There are other times in history where we distanced ourselves, but there are also things that unite us,” Mr. López Obrador said at the presidential palace. “We need to understand each other.” 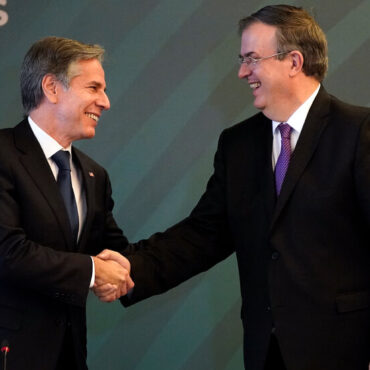 It is rooted in the idea that we have a shared responsibility as neighbors and as partners to improve security for the people of our nations. That’s what it boils down to, and it marks the beginning of a new chapter in Mexico- U.S. security cooperation, one that will see us working as equal partners in defining and tackling shared priorities, one that seeks to address the root causes of […] 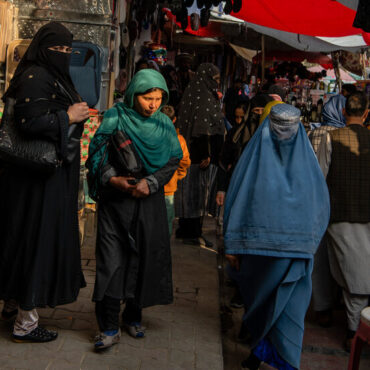