At Putin News Conference, a Search for Signals on Ukraine 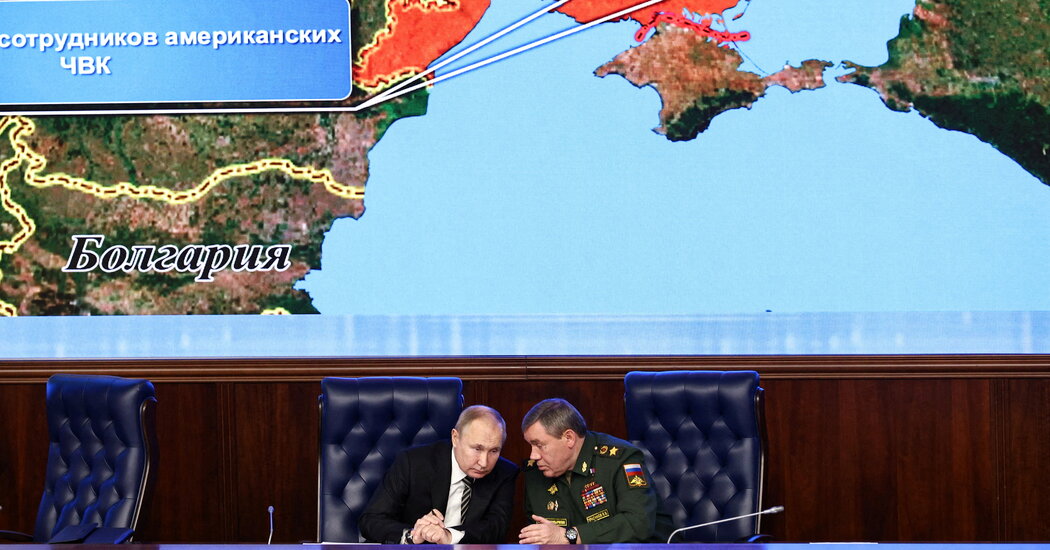 President Vladimir V. Putin focused on domestic issues like the economy and the coronavirus on Thursday in the early minutes of his annual news conference, which was being closely watched because of rising military tensions in Eastern Europe.

As reporters held up signs asking for comment on Russia’s deployment of troops near the Ukrainian border, Mr. Putin began his appearance by asserting that Russia had handled the economic challenges of the virus better than other major economies. He acknowledged a cost in lives lost and a drop in life expectancy last year. He also noted what he said were good economic indicators, including good results in construction and a good harvest.

What distinguished Mr. Putin’s comments on Thursday was their orientation to a domestic audience in a question-and-answer format broadcast live on Russian television channels. Western nations waited to see how he would portray the standoff over Ukraine and whether his comments suggested intentions to put the country on more of a war footing.

The United States intelligence agencies have said that Russia has tens of thousands of troops near the Ukrainian border, with plans to amass an invasion force of up to 175,000 soldiers. They have said it is not yet clear whether Mr. Putin has decided to invade.

Russian diplomats detailed their demands on Eastern Europe — including a written pledge from NATO not to expand east — in two ultimatums last week directed at the United States and the alliance.

The proposals suggested establishing a Cold War-style security arrangement in Europe based on spheres of influence. While NATO rejected the demand to close its doors to new members, the Biden administration has agreed to negotiate broadly on security issues starting in January, offering a possible path to unwinding the tensions.

Analysts have also weighed the possibility that Mr. Putin is looking for concessions on a range of issues, even some not directly tied to security. These include energy and pipeline negotiations in Europe.

That means that what Russia wants, exactly, has become something of a guessing game — leaving diplomats and security analysts hanging on every word from Mr. Putin this winter.

Mr. Putin’s marathon year-end news conferences are a longtime tradition, meant to demonstrate his stamina and authority as he answers questions for hours on end. They have also been a stage for policy pronouncements.

The Russian leader in recent months has been outlining what he describes as historical grievances and betrayals by Western nations in the post-Soviet period that Moscow will no longer tolerate. Actions by NATO and the United States, he has suggested, have left Russia little choice but to threaten to use the military. Russia is obliged, he has said, to protect Russians left stranded outside the country by the breakup of the Soviet Union three decades ago.

On Tuesday, in comments that appeared to suggest an imminent threat, Russia’s defense minister, Sergey K. Shoigu, said that American military contractors had appeared in eastern Ukraine, near two Russia-backed separatist regions, and that they had brought with them “an unknown chemical component.”

“What they are now doing on the territory of Ukraine, or trying to do, or planning to do, is not thousands of kilometers from our national borders,” Mr. Putin said. “It’s on the doorstep of our home. They just have to understand that we have nowhere left to retreat.” 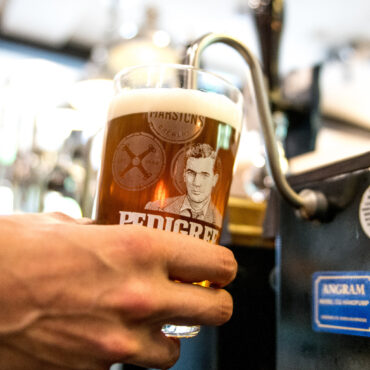 The figure means roughly 37 pubs have been demolished or converted for other uses, such as for homes or offices, each month in 2021 More than 400 pubs have disappeared from communities in England and Wales as the number calling last orders flatlined despite the toll of the pandemic. New analysis has revealed the number of pubs across England and Wales in 2021 was largely unchanged from last year. Analysis […]