At Rwanda’s Favorite Bars, Forget the Beer: Milk Is What’s on Tap 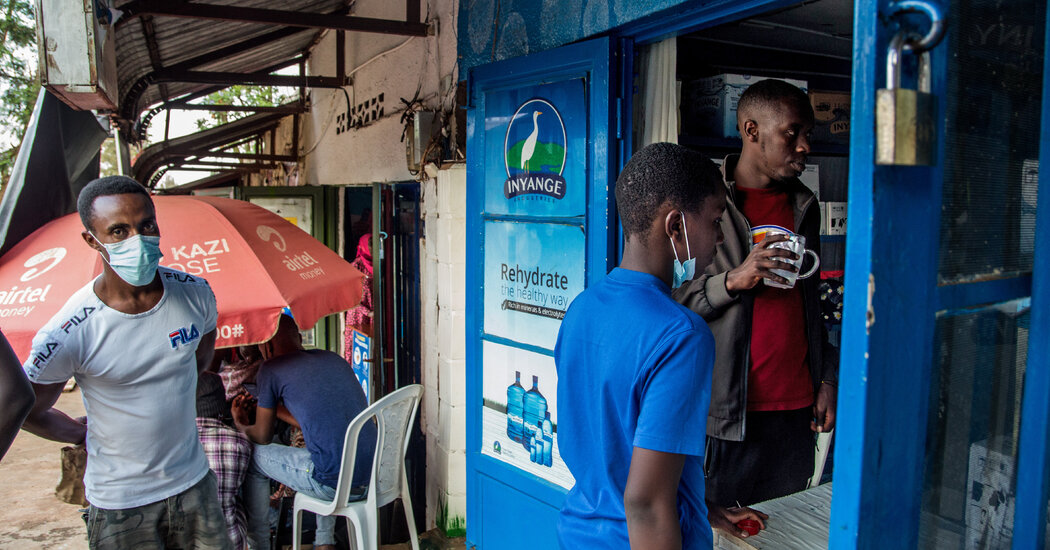 KIGALI, Rwanda — As the sun scorched the hilly Rwandan capital on a recent afternoon, a motorcycle taxi driver, two women in matching head scarves and a teenager wearing headphones all separately sauntered into a small roadside kiosk to drink the only thing on tap: milk.

“I love milk,” said Jean Bosco Nshimyemukiza, the motorcycle taxi driver, as he sipped from a large glass of fresh milk that left a residual white line on his upper lip. “Milk makes you calm,” he said, smiling. “It reduces stress. It heals you.”

Mr. Nshimyemukiza and the others were all seated at a milk bar, one of the hundreds found everywhere in the capital, Kigali, and scattered all across this small nation of 12 million people in central Africa. In Rwanda, milk is a beloved drink and the milk bars are a favorite place to indulge, combining the pleasures of the beverage with a communal atmosphere.

Men and women, young and old, sit on benches and plastic chairs throughout the day, glass mugs before them, gulping liters upon liters of fresh milk or fermented, yogurt-like milk, locally known as “ikivuguto.”

Some patrons drink it hot, others like it cold. Some — respecting an old custom of finishing your cup at once — chug it down quickly, while others sip it slowly while eating snacks like cakes, chapatis and bananas.

However they take their glass, everyone comes to socialize and unwind. But first and foremost, they drink milk. Lots of it.

“I come here when I want to relax, but also when I want to think about my future,” said Mr. Nshimyemukiza, who added that he drinks at least three liters of milk daily. “When you drink milk, you always have your head straight and your ideas right.”

While milk bars have popped up everywhere over the last decade, the drink they sell has long been intrinsic to the country’s culture and history, as well as its modern identity and economy.

Over the centuries, cows were a source of wealth and status — the most valuable gift to confer on a friend or a new family. Even royalty craved easy access to milk. During the Kingdom of Rwanda, which lasted for hundreds of years until the last king was deposed in 1961, cows’ milk was kept in wooden bottles with conical woven lids right behind the king’s thatched palace.

Cows were considered so valuable they ended up in children’s names — Munganyinka (valuable as a cow) or Inyamibwa (beautiful cow) — as well as in traditional dances, where women raised their hands to emulate the giant-horned Ankole cows.

In 1994, Rwanda was the scene of a genocide, during which an estimated 800,000 people were slaughtered within 100 days. The majority of those killed were ethnic Tutsis, historically herdsmen and rich in cattle.

Cattle-keeping families, and their cows, were targeted by extremists from the Hutu ethnic group who were mostly farmers, said Dr. Maurice Mugabowagahunde, a history and anthropology researcher at the Rwanda Cultural Heritage Academy.

As the country recovered from the genocide, Rwanda’s government looked to cows again as a way to grow the economy and fight malnutrition.

The program (Girinka means “may you have a cow” in the local language) is one of the development projects that have garnered Mr. Kagame support nationwide even as he brooks no dissent and cracks down on rivals.

As milk production increased in this landlocked nation, so did the number of people who moved to urban areas for education and employment. And so were born the milk bars, which allowed farmers to sell their surplus milk and let customers drink copious amounts of it to be reminded of home. Most milk bars are in Kigali, the country’s most-populous city, with 1.2 million people.

Steven Muvunyi grew up with nine siblings in the Rubavu district in the country’s west. After moving to Kigali to attend university, he said he missed being in the countryside, milking cows and drinking milk without limits.

“I come to the milk bars and I am overcome with nostalgia from my childhood,” he said one evening in late September, as he drank from a big mug of hot, fresh milk in downtown Kigali.

As he sat at the bar, Mr. Muvunyi, 29, who works in Rwanda’s budding technology sector, showed photos of his 2-year-old son looking at him while he drank a glass of milk at his parents’ farm. He worried, he said, that children growing up in cities would not be as connected to the country’s dairy culture, given the easy access now to pasteurized milk at supermarkets.

“I want to teach my children early the value of milk and cows,” he said.

For all their appeal, the milk bars, and the diary sector in general, have faced growing challenges in recent years.

The coronavirus pandemic severely affected the industry, particularly as Rwanda instituted one of the most stringent lockdowns in Africa. As authorities mandated a night curfew, closed markets and banned movement between cities and districts, the economy took a hit, and Rwanda slumped into recession.

More than half of Rwanda’s small- and medium-sized dairy businesses closed during the lockdown, according to the government. Three of the country’s five biggest milk processors were operating at between 21 and 46 percent of their capacity.

The restrictions were particularly hard on small, independent milk bars. In recent years, many smaller bars had closed as corporate chains consolidated their grip on the market.

Climate change has also presented challenges. In recent years, recurring droughts have left thousands of people without food and cows lacking feed and water. Shortages of milk have surfaced nationwide.

Adverse weather conditions over the past four months have also meant a rise in milk prices. On average, a liter of milk at the shops in Kigali has increased from 500 Rwandan francs (50 cents) to 700 francs (70 cents).

For Illuminee Kayitesi, who owns a milk bar in the Nyamirambo neighborhood in Kigali, the lockdowns of the past year affected her ability not only to pay rent, but also to pay her employees and stay profitable enough for her to take care of her family. The recent milk shortages also meant she couldn’t keep the bar’s milk cooler full most days.

While business has slowly picked up as more people get vaccinated and the country reopens, “it’s still not easy,” she said.

But no matter the circumstances, Rwandans say the milk bar is here to stay.

During the pandemic last year, Ngabo Alexis Karegeya started sharing images and videos on Twitter about the Rwandan attachment to cows and milk — drawing national attention. Mr. Karegeya graduated from university this year with a degree in business administration, but still fondly remembers his days tending cows as a boy. He tweeted a photo of himself in his graduation gown with the caption “certified cow-boy y’all.”

“Rwandans love cows and they love milk,” said Mr. Karegeya, who owns five cows in the lush hills of his family’s home in western Rwanda and drinks three liters a day.

“The milk bar brings us together,” he said. “And we will keep coming to the milk bar to drink more milk.” 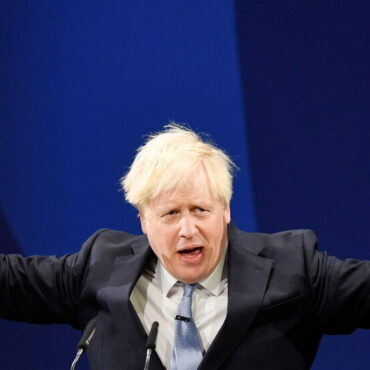 As Johnson Draws a Happy Face, Britons Confront a Run of Bad News

LONDON — Britons are lining up for gas, staring at empty grocery shelves, paying higher taxes and worrying about spiraling prices as a grim winter approaches.But to visit the Conservative Party conference in Manchester this past week was to enter a kind of happy valley, where cabinet ministers danced, sang karaoke and drained flutes of champagne — Pol Roger, Winston Churchill’s favorite brand, naturally.Nobody captured the bonhomie better than Prime […]