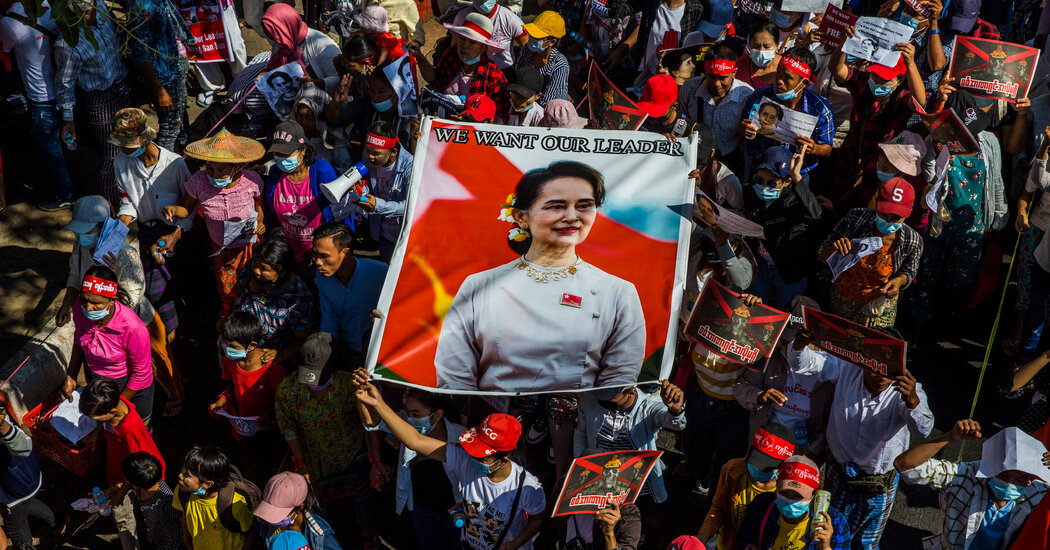 More than eight months after she was detained by the military in a coup, Daw Aung San Suu Kyi, the leader of Myanmar’s ousted civilian government, and her lawyers were set to mount her defense for the first time on Tuesday in a closed-door hearing.

Ms. Aung San Suu Kyi, 76, was scheduled to appear in a courtroom specially built for her in Naypyidaw, the capital of Myanmar, where the prosecution has spent the last several months presenting its case on charges of “inciting public unrest,” illegally importing walkie-talkies and breaching coronavirus regulations.

No journalists, diplomats or members of the public have been allowed in court. If convicted of all 11 charges against her, Ms. Aung San Suu Kyi could be sentenced to a maximum of 102 years in prison.

The hearing on Tuesday came as President Biden prepared to attend a virtual summit with the Association of Southeast Asian Nations (ASEAN) this week, the first time in four years that a U.S. president will participate in the annual meeting. Senior Gen. Min Aung Hlaing, the head of Myanmar’s junta, was excluded from the meeting, where discussions are expected to focus on the crisis in Myanmar.

Experts say there is little doubt that Ms. Aung San Suu Kyi will be convicted and that the trial is an attempt by the military to prevent her and her party, the National League for Democracy, from returning to office after a landslide election victory last November. The United Nations and foreign governments have described the trial as politically motivated.

“It’s a political show trial,” said David Scott Mathieson, a veteran analyst on Myanmar. “They are going to find her guilty on a number of fronts, send her to house arrest and then just hope that she’ll die in isolation.”

The courts have subjected Ms. Aung San Suu Kyi to what she has called a grueling schedule, with hearings four days a week. Earlier this month, she requested that the number of trial days be kept to two a week, citing fatigue, but the court denied her request.

Ms. Aung San Suu Kyi faces three simultaneous trials on 10 of the 11 charges against her. The first trial involves the two walkie-talkie counts, two Covid protocol counts and one count of inciting public unrest based on statements issued by N.L.D. officials after she was detained.

The two other trials involve a charge of violating the colonial-era Official Secrets Act, which prohibits sharing state information that could be useful to an enemy, and four counts of corruption. The trial for a fifth corruption charge has yet to begin.

Prosecutors have given no physical evidence of the corruption charges, which include allegations that Ms. Aung San Suu Kyi accepted bribes in cash and gold. She has called those charges “absurd.”

Ms. Aung San Suu Kyi and her enduring popularity in Myanmar have long been a thorn in the side of the Myanmar military, which ruled for half a century after seizing power in 1962. The military held her under house arrest for a total of 15 years and invalidated the first election she won in 1990. It began relaxing its grip on power in 2010 and Ms. Aung San Suu Kyi once again led her party to victory five years later.

During her five years as the country’s civilian leader, Ms. Aung San Suu Kyi, a Nobel Peace Prize laureate, was locked in an uneasy power-sharing arrangement with the military. Under the constitution drafted by the generals, the military retains control of the army and the police, appoints its own commander in chief and controls a quarter of Parliament.

After 2016, Ms. Aung San Suu Kyi’s party controlled the civilian side of government. Her critics have faulted her for not overhauling the judiciary and replacing military-backed judges when she had the chance.

It is a decision that may haunt her.

Myanmar’s judiciary is known for siding with the military in human rights and political cases. The judge who is hearing the Official Secrets Act case, U Ye Lwin, sentenced two Reuters reporters who uncovered a massacre of Rohingya Muslims in Rakhine State to seven years in prison in 2018 on the same charge.

Ms. Aung San Suu Kyi is being detained in an undisclosed location in the vicinity of Naypyidaw. Earlier in her detention, she was transported to court by vehicle while blindfolded, according to one of her lawyers.

The junta has since barred all five of her lawyers from speaking to the media about her case, saying their communications could “destabilize the country.” The generals have also prohibited her from meeting with outsiders, including an envoy from ASEAN who is attempting to mediate an end to the violence brought on by the coup.

In trying to eliminate her as a political force, the junta’s case against Ms. Aung San Suu Kyi has only elevated her in the eyes of many of her countrymen. Her face and her name are fixtures on the signs held up by protesters all over the country.

The nationwide anti-coup movement has shown no signs of ebbing despite regular military bombardments, the killing of more than 1,190 people and the arrest of more than 9,000. The country is now on the verge of a civil war, according to the departing U.N. special envoy on Myanmar, and thousands of refugees have crossed into India.

Ms. Aung San Suu Kyi is being tried together with the country’s ousted president, U Win Myint, who is charged with violating Covid protocols and incitement. On Feb. 1, just hours before lawmakers from the N.L.D. were supposed to take their seats in Parliament, the army arrested Ms. Aung San Suu Kyi and senior members of her party, including Mr. Win Myint, accusing them of committing voter fraud.

Earlier this month, Mr. Win Myint testified that during the early hours of Feb. 1, two army officers demanded his resignation and that he cite ill health as the reason, according to U Khin Maung Zaw, a lawyer representing him and Ms. Aung San Suu Kyi. Mr. Win Myint said he refused and was warned that his defiance could cause trouble. He told the court earlier this month that he would rather die than consent to the army’s proposal. 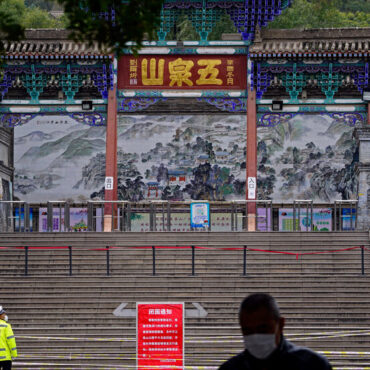 China Locks Down City of 4 Million to Subdue Covid Outbreak

The Chinese government ordered the northwestern city of Lanzhou locked down on Tuesday as officials carried out widespread testing to quash a small Covid-19 outbreak.Lanzhou, a city of about four million people, reported six new coronavirus cases on Tuesday, and a total of 39 over the past week. China, where the coronavirus first emerged in late 2019, has been battling a recent flare-up of new cases largely in the northwest […]