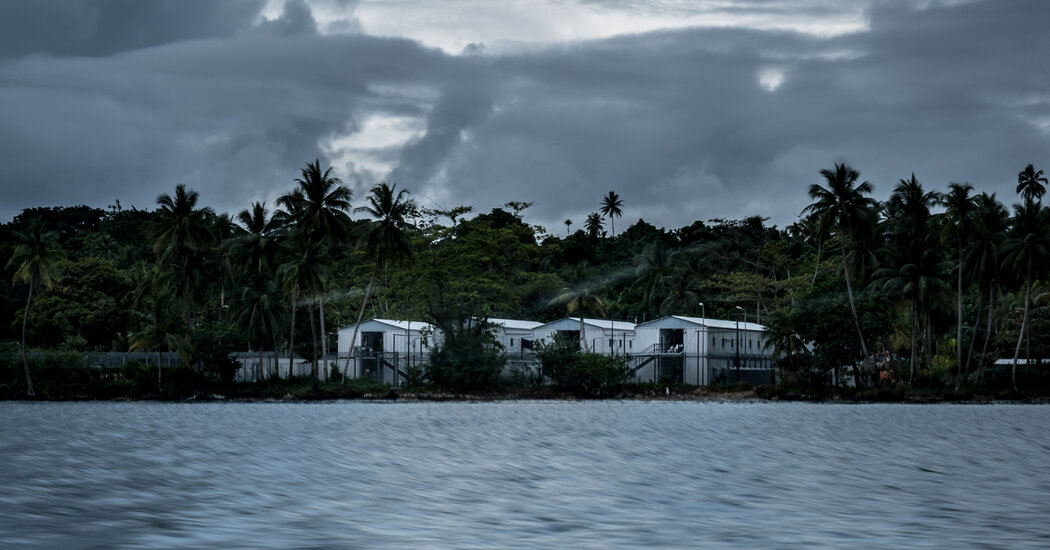 Australia said Wednesday that it would stop processing asylum-seekers at offshore detention centers in Papua New Guinea, which have been criticized by human rights groups, by the end of the year.

The announcement Wednesday said those seeking refuge would all now be processed on the island nation of Nauru, another country that has been doing that work for Australia. The plan was swiftly criticized by human rights groups, who said it simply shifted the bulk of what some called a “cruel” system from one island nation to another.

“Anyone who attempts to enter Australia illegally by boat will be returned, or sent to Nauru,” the Australian government said in a joint statement with Papua New Guinea.

Those in Papua New Guinea awaiting processing could “voluntarily transfer to Nauru” before the end of the year, the statement said. If they choose to remain in Papua New Guinea, they will be given “access to citizenship, long-term support, settlement packages and family reunification,” it said.

More than 3,000 asylum-seekers have been detained in Papua New Guinea after the Australian government instituted a policy in 2013 that barred those trying to enter the country by sea from resettlement. Of those processed in the centers, about 1,200 have been temporarily transferred to Australia, some for medical reasons; over 900 have been sent back to their countries of origin; and about 1,000 have been sent to other countries.

The move announced Wednesday is due to take effect next year.

Human rights groups have called Australia’s policy of detaining migrants offshore a violation of international rights laws. And the United Nations has urged Australia to resettle those migrants being housed on both islands following reports of self-harming and attempted suicide by residents of the centers.

The Australian government has defended the practice, saying it deters many migrants and is an important part of its overall immigration policy.

The Australian government’s policy “robbed thousands of children, women and men of eight years of their lives,” said David Burke, legal director at the Human Rights Law Center in a statement. “Shifting people from P.N.G. to Nauru to continue to be warehoused on a remote island simply extends this cruelty.”

The Australian government has “abandoned seeking safety on our shores and shifted all responsibility onto our neighbors,” said Jana Favero, a director of advocacy at the Asylum Seeker Resource Center.

Since 2014, 13 people have died after being detained in Australia’s detention centers in Papua New Guinea and Nauru, some from suicide. After doctors and migrant advocates expressed concern about a mental health crisis, amid reports of children in Nauru self-harming, the government said in 2019 that it had stopped detaining minors there.

The policy has also led to diplomatic tensions. In 2017, President Donald J. Trump called an Obama-era deal with Australia to accept some refugees from the detention centers “dumb,” after engaging in a contentious telephone call with Malcolm Turnbull, Australia’s prime minister at the time.

As of the end of July, 977 refugees from the offshore centers had been resettled in the United States under the bilateral agreement, according to Australia’s home affairs department.

In 2016, a Papua New Guinea court ruled that one of the detention centers infringed on human rights, leading to its closure. And in 2017, the Australian government agreed to pay a $53 million settlement to asylum-seekers housed on the Pacific islands who sought damages in a class-action lawsuit over false imprisonment. 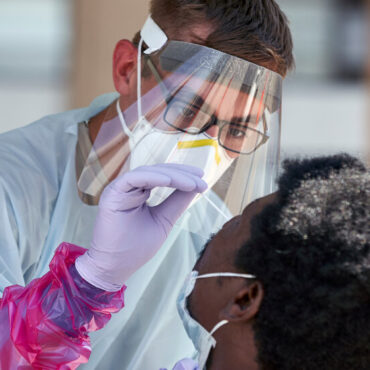 Nebraska Restores its Covid Dashboard After a Rise in New Cases

Tracking community transmission is at the heart of efforts to stop the spread of the coronavirus, scientists say, and in most states the daily dashboards showing new cases have been a critical tool for public health officials trying to track the trajectory of the virus, which has killed 700,000 Americans.Yet for three crucial months this summer, Nebraska did not report any county-level information to the public. State officials stopped sharing […]