Banksy confirms he was behind streetwork in Suffolk and Norfolk 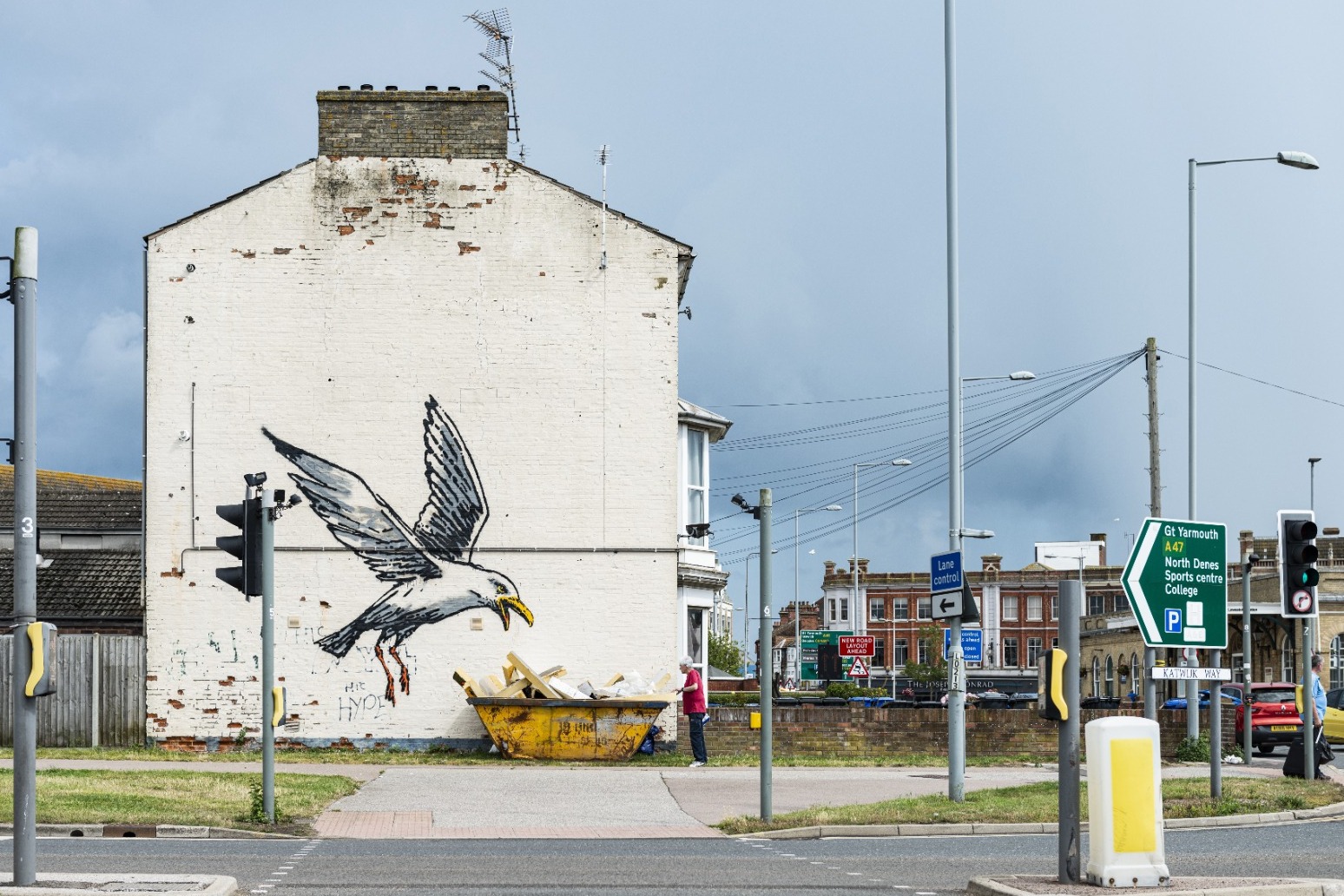 Banksy has confirmed he was behind some street art which appeared in Suffolk and Norfolk.

In a video posted on his Instagram account, the elusive artist could be seen working on the creations, dubbed A Great British Spraycation, while wearing a hoodie to cover his identity.

Among them are a rat sitting on a deckchair with a glass under an umbrella, a grabbing machine situated above a bench, and one of a seagull on the side of a building.

Another, in Nicholas Everitt Park, shows three children standing in a boat which appears to have been fashioned out of a piece of scrap metal.

It features one child looking ahead as though out to sea, another child behind looking over their shoulder, and a third child at the back of the boat appearing to be leaning over the side holding a bucket.

Writing above the artwork says: “We’re all in the same boat.”

The metal part of the artwork has since been removed, and pictures show a man in fluorescent overalls appearing to drag it way.

He also worked on a statue in King’s Lynn, putting an ice cream in its hand while making a tongue appear from its mouth.

The artist confirmed another work spotted on a wall outside the former Lowestoft Electrical shop on London Road North, which appears to show a child next to a sandcastle.

A slab next to the sandcastle seems to have been raised from the pavement and is sitting out of place next to where it appears it should be.

He also depicted a musician playing an instrument above a bus stop, while two people dance beside him.

Banksy also wrote “Go Big Or Go Home” on the side of a small building in Merrivale Model Village.

Earlier this year, Banksy raised more than £16 million for health projects with the auction of a painting offering an “image of hope”.

Game Changer appeared at Southampton Hospital during the first wave of the pandemic.

The anonymous graffiti artist auctioned the original canvas, with the reproduction of the work remaining in the hospital.

The painting fetched £16.7 million, which is a world auction record for the artist, according to Christie’s. 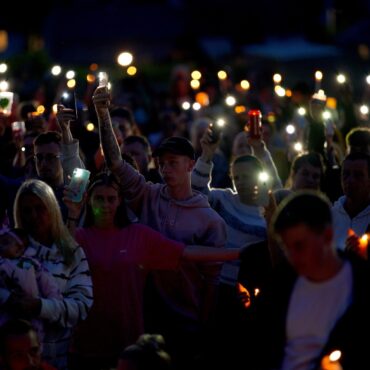 A large crowd has gathered to play their respects. A large crowd has gathered at a vigil following the fatal shootings in Plymouth. People can be seen laying down flowers and holding candles in North Down Crescent Park in Keyham to remember those who were killed by gunman Jake Davison. Dozens of tributes have already been placed on the grass, with more people continuing to arrive. Plymouth City Council said […]