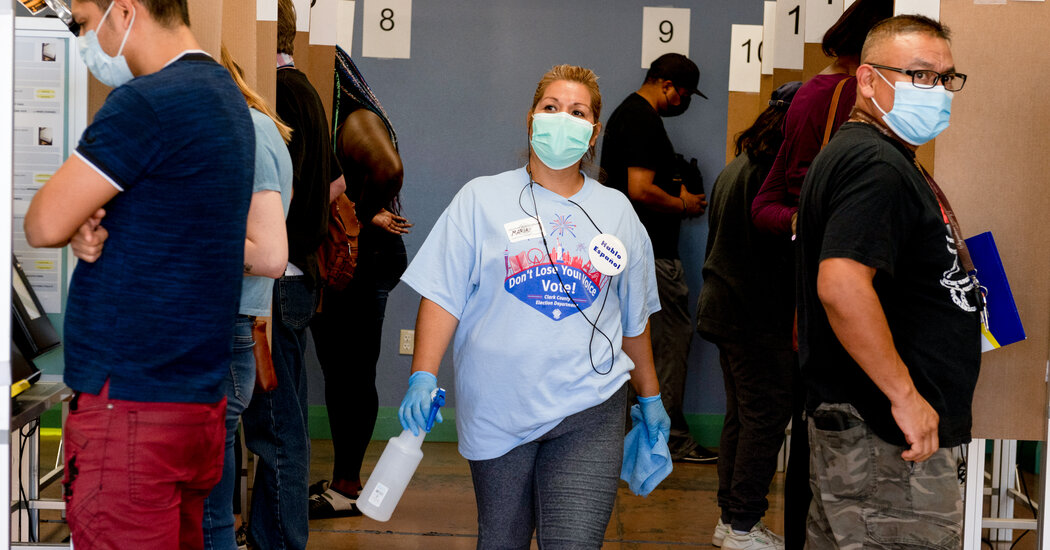 Nevada, perhaps more than any other state, has showcased the potential for a more diverse America to move the country’s politics to the left. Rising numbers of Asian American and Latino residents have helped Democrats win the state in the past four presidential elections. The party also holds both of Nevada’s Senate seats.

Now, however, Nevada highlights a more worrisome trend for Democrats: their struggles with working-class voters, including voters of color. Those struggles are threatening the Democratic dream of a lasting majority produced by demographic change.

“Senator Catherine Cortez Masto, a Nevada Democrat and the country’s first Latina senator, is one of the party’s most endangered incumbents,” my colleagues Jennifer Medina and Reid Epstein write, in a profile of the campaign. The race is one of several competitive Senate campaigns this year for Democratic incumbents, with others in Arizona, Georgia and New Hampshire. Losing any would endanger Democrats’ Senate control.

Some of the Democrats’ challenges this year reflect the usual struggles of a president’s party in the midterms, when opposition voters tend to be more energized. Yet Cortez Masto, who’s a former Nevada attorney general and protégé of the late Senator Harry Reid, is also battling more enduring trends.

Nevada is a working-class state, where about one-quarter of adults have a four-year college degree — and Democrats have increasingly become the party of highly educated professionals. In 2020, this dynamic hurt the party among Latinos, who shifted modestly toward Donald Trump. Nearly 30 percent of Nevadans are Latino.

“I don’t know what the government does for us, even when they say they want to help,” Margarita Mejia, 68, a retired hotel worker in Las Vegas, told The Times.

Mejia has often voted for Democrats, but she said that she sat out the election in 2020. When asked if she knew the name of the Nevada senator running for re-election this year — Cortez Masto — Mejia said no.

President Biden was elected on an agenda designed to combat this apathy. It promised tangible help for working-class families, with policies to lower the cost of prescription drugs, eyeglasses, dental care, pre-K and more. Polls show many of these policies, including the tax increases on the rich that would pay for the bill, are highly popular.

But a small number of Democratic centrists in the Senate have kept even a scaled-down plan from passing so far. The most prominent have been Joe Manchin and Kyrsten Sinema. They describe the bill as too radical.

(Manchin and Sinema have also cited the risk of inflation, but the economist Larry Summers — who has warned loudly about inflation — explained on Ezra Klein’s podcast why that fear is misplaced.)

In opposing the bill, the senators are embracing an elite version of centrism that most Americans reject, as Jonathan Chait of New York Magazine has noted. Manchin has blocked economic programs that would help many of his constituents, and Sinema is blocking taxes on the rich. Both appear to be blocking new corporate regulations.

Obviously, there are substantive arguments in favor of an economy in which the wealthy pay low taxes and corporations are lightly regulated. But most working-class voters do not buy those arguments. By adopting them, a small number of congressional Democrats have made Biden look weak, as The Times’s Jamelle Bouie has written.

They have also left voters like Mejia unsure what Biden and the federal government have done for them. No wonder many see politics as disconnected from daily life.

To raise her profile with Latino voters, Cortez Masto recently released a Spanish-language biographical video, showing family photos set to uplifting music. The narrator starts by explaining that Cortez Masto’s grandfather and father served in the military and ends by saying that she defends workers and supports small businesses “because they carry the aspirations of our families.”

These themes — family, military service, economic underdogs — are a mix of populist and conservative. They are also a reminder of why the Democratic Party has turned off some voters, including Latinos, with an increasingly liberal message over the past decade. That liberal message tends to downplay the country’s distinctiveness and highlight Americans’ differences rather than their similarities.

“Hispanics appear to be increasingly turned off by progressive mottos and movements,” Mike Madrid, a Republican consultant, wrote for Times Opinion.

After Latino voters shifted toward Republicans in 2020, Equis Research, a public-opinion firm focused on Latinos, spent months trying to understand why. Equis concluded that while most Latino voters did not particularly like Trump — and opposed some of his policies, like family separation and corporate tax cuts — they preferred his approach on several big issues.

Many were uncomfortable with some Democrats’ openness to socialism (and were bombarded with Republican ads about it). Many agreed with Trump about the importance of border security. Some thought the Democrats ignored actual Latino concerns (as opposed to political activists’ impression of those concerns).

Above all, many Latinos liked Trump’s emphasis on reopening the economy, Equis found. Asked if they approved of his policy of “living without fear of Covid,” 55 percent of Latinos said yes. Even now, with highly effective vaccines and treatments available, some liberal Democrats continue to favor indefinite Covid restrictions.

The common theme is that the same highly progressive agenda that’s popular with college graduates and Democratic activists is souring many working-class Latinos on the party. Like many other demographic groups, Latinos are politically diverse, and most still supported Biden in 2020. But the decline in their support helps explain why the party fared worse than expected.

If that decline continues, it will mean trouble for Democrats, in Nevada and beyond. Cortez Masto’s biographical ad suggests she understands the problems that both the political left and center are causing, whether or not she can solve them.

For more: Read the story by Jennifer and Reid, which notes that Cortez Masto’s likely opponent oversaw Trump’s effort in Nevada to overturn the 2020 election result.

State of the War

This Sunday is the 64th annual Grammy Awards, in Las Vegas. Here’s what you need to know:

Who’s nominated? The jazz pianist Jon Batiste earned the most nominations with 11, including album and record of the year. Doja Cat, Justin Bieber and H.E.R. have eight each.

Who’s performing? The show is essentially one big concert, with Billie Eilish, Carrie Underwood, J Balvin and more taking the stage. Other highlights include a tribute to Stephen Sondheim.

Who’s the artist to watch? Olivia Rodrigo, the 19-year-old singer-songwriter behind “Drivers License,” is up for several awards. Our critics broke down the competition for record of the year — which pits Rodrigo against Abba and Tony Bennett, among others.

Anything else I should know? Kanye West was barred from performing because of his online behavior, though he is up for five awards. And producers have raced to put together a tribute to Taylor Hawkins, the drummer for Foo Fighters, who had been scheduled to perform before his death last week. 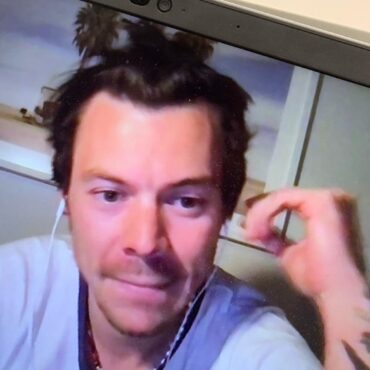 Harry Styles has spoken about working with Ukrainian director Tanu Muino on his latest music video as he praised her and the team for continuing to film with him as conflict broke out in their home country. The former One Direction singer, 28, was referring to the music video for As It Was, the first single from his upcoming 13-track album Harry’s House. Speaking on Heart Breakfast on Friday, the […]