Belarusian leader says exercises with Russia are not a sign of an imminent invasion of Ukraine. 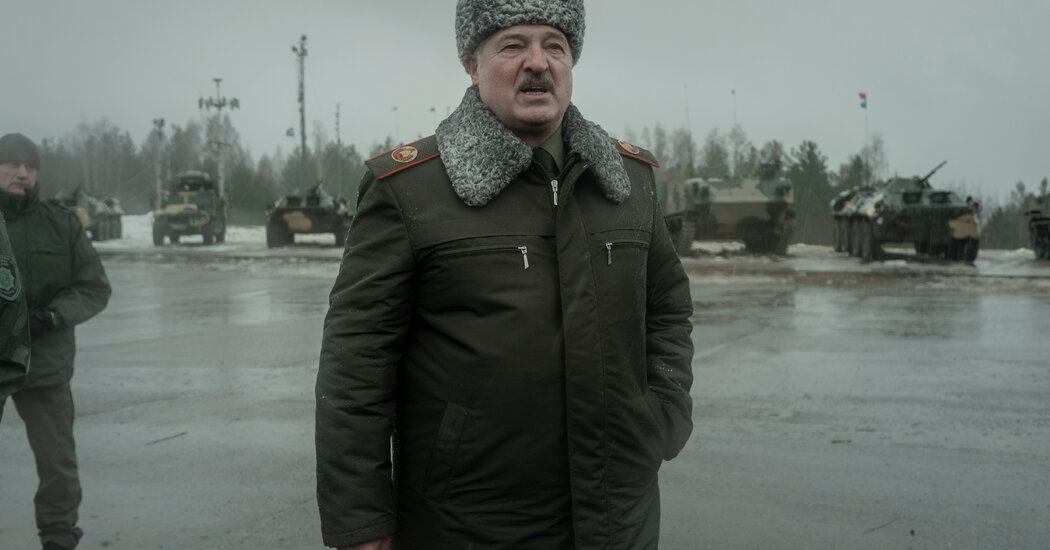 OSIPOVICHI, Belarus — Mocking the United States for spending billions on intelligence agencies that he said had wrongly predicted an attack on Ukraine, the autocratic leader of Belarus, Russia’s western neighbor and closest ally, said Thursday that joint military exercises now underway between the countries did not presage an invasion — at least not now.

Western officials have warned that the military maneuvers, known as Allied Resolve 2022 and described by NATO as the biggest deployment of Russian troops in Belarus since the end of the Cold War, could serve as cover for an assault on Ukraine, which shares a nearly 700-mile-long border with Belarus.

“There will be no invasion tomorrow,” the Belarusian leader, Aleksandr G. Lukashenko, told reporters after watching artillery and warplanes from Belarus and Russia put on a noisy display of firepower at a desolate military training ground outside Osipovichi, a small town southeast of Minsk, the capital. The United States and its allies say the Russian threat remains high.

Russia did not show off its most advanced warplanes or battle tanks. But Sukhoi fighter bombers and Mi-24 helicopter gunships still projected power, streaking over a snow-covered expanse of land now fast turning to mud — far from ideal conditions for the land assault on Ukraine that American officials have been predicting for weeks.

The joint exercises have attracted close attention from the West as a guide not only to Moscow’s intentions in Ukraine but also in Belarus, an independent state that has increasingly fallen under the thumb of the Kremlin since it helped Mr. Lukashenko suppress huge street protests in 2020 after a contested election.

Asked whether some of the Russian troops and military hardware deployed in Belarus for the 10-day-long exercises might stay in his country after the drills end on Sunday, Mr. Lukashenko said this would be decided on Friday, when he meets President Vladimir V. Putin of Russia in Moscow.

“If it makes sense to keep Russian troops here, we will keep them as long as necessary,” Mr. Lukashenko said in remarks that seemed to contradict a statement a day earlier by his foreign minister, Vladimir Makei, that “not a single Russian serviceman and not a single piece of Russian military hardware will remain after these maneuvers.”

Mr. Lukashenko, who has ruled Belarus since 1994, said there was no need for permanent Russian military bases in his country but indicated that Russia might leave behind ammunition and some military equipment so “as not to drag them and back and forth” each time the two countries hold military exercises.

The United States, he said, should “calm down” and admit what he said were the mistakes of the intelligence assessments pointing to an imminent invasion.

“Do you still believe that we will attack Ukraine from here? Are you still entertaining this crazy idea?” Mr. Lukashenko asked before climbing into his presidential helicopter for a flight back to Minsk. 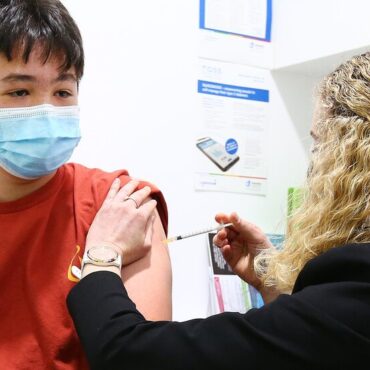 Australia’s medicines regulator granted provisional approval on Wednesday to Moderna’s coronavirus vaccine in children aged 6 to 11. It is the first time a national regulator has approved the vaccine for children younger than 12.The green light by the Therapeutic Goods Administration, which regulates medicines and most other therapeutics in Australia, provides an alternative to the Pfizer-BioNTech vaccine for immunizing children against the coronavirus.Moderna’s chief executive, Stéphane Bancel, called the […]