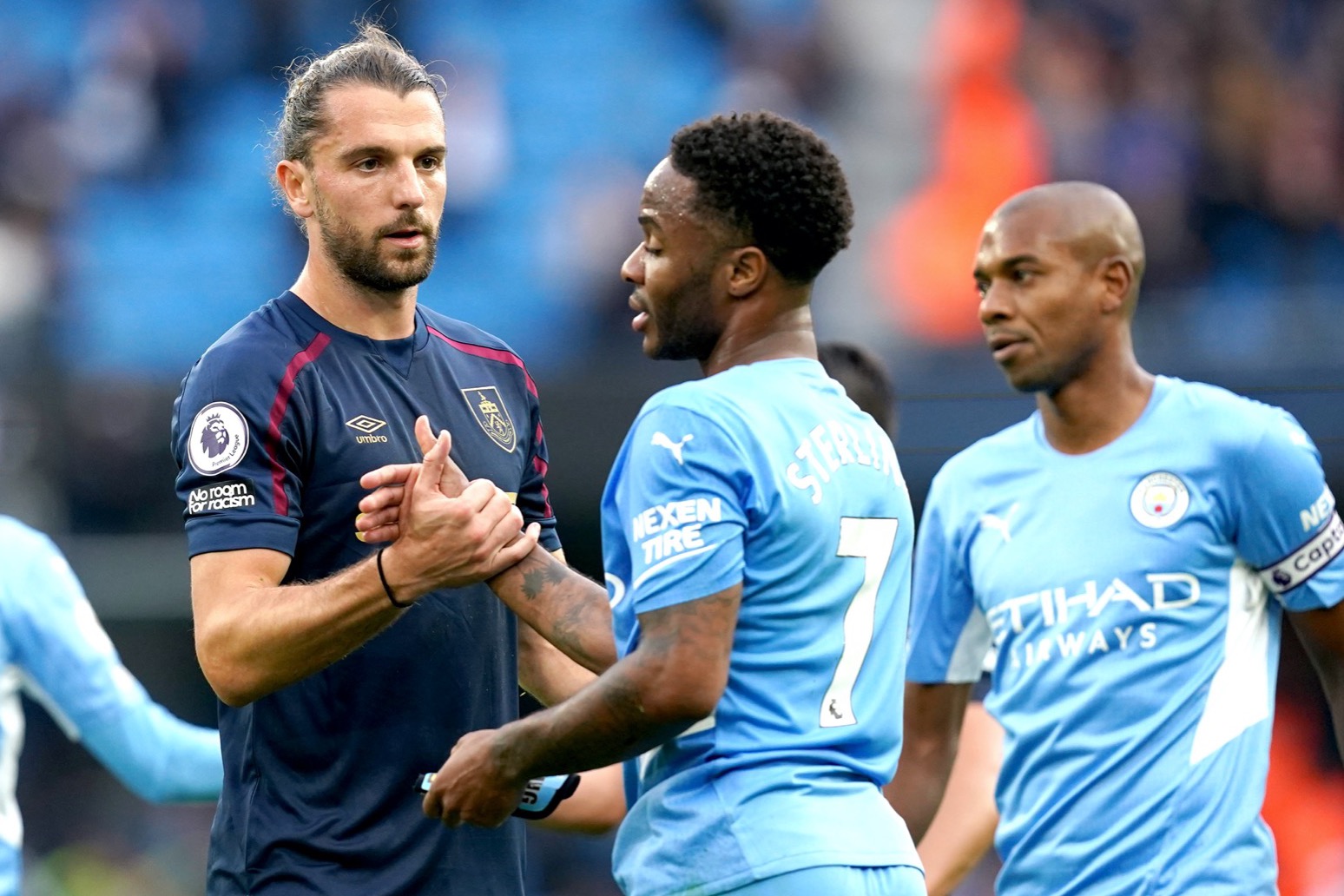 Bernardo Silva and Kevin De Bruyne were on target as champions Manchester City claimed a battling 2-0 Premier League win over Burnley at the Etihad Stadium.

City were not at their fluid best and made some uncharacteristic errors but the Clarets, despite a committed effort, were not capable of punishing them.

The hosts went ahead early after a strong start and, even though Pep Guardiola may not have been happy their intensity dropped after that, they had enough quality when it mattered.

The Clarets had lost 5-0 on each of their previous four visits to the Etihad and they may have feared another repeat as City hit them hard early on.

Riyad Mahrez tested Nick Pope in the opening minutes and, with their build-up play slick and purposeful, it seemed only a matter of time before they would take the lead.

The opener duly arrived after Mahrez did well to wriggle out of a tight spot in the corner and find Silva. The Portuguese in turn picked out Phil Foden with a low ball across the box and, although Pope managed to beat away the Englishman’s well-struck shot, Silva was quick to snaffle the rebound.

Unexpectedly, the champions then stepped off the gas and Maxwel Cornet, who scored four goals in three Champions League games against City for former club Lyon, almost snatched an equaliser.

Dwight McNeil played the Ivorian in on goal with a good ball but Zack Steffen, handed a rare chance due to Ederson’s late return from international duty with Brazil, stood up to deny him. Cornet did get a second chance but blazed over.

Aymeric Laporte then gifted the Clarets another opportunity when he gave the ball away to Jack Cork, whose effort was blocked by John Stones. Still the danger was not clear but Josh Brownhill shot narrowly wide.

Despite their carelessness, City remained the stronger side and had further openings as Mahrez shot tamely at Pope and miscued another effort well over. Raheem Sterling connected with an acrobatic effort from a Mahrez cross but Nathan Collins blocked.

De Bruyne also led a strong charge upfield but the move broke down when Sterling miscontrolled in the area while Silva also missed the target.

Laporte’s uneasy half ended with a booking after a late challenge on McNeil.

City upped the tempo after the break and Mahrez clipped the top of the bar.

Burnley were unable to create anything of substance and City made victory certain 20 minutes from time with an emphatic finish from De Bruyne.

The visitors felt Mahrez fouled Ashley Westwood in the area as City attacked but nothing was given and De Bruyne thumped home unerringly.

City felt they could have had a penalty late on after a James Tarkowski challenge on Foden. 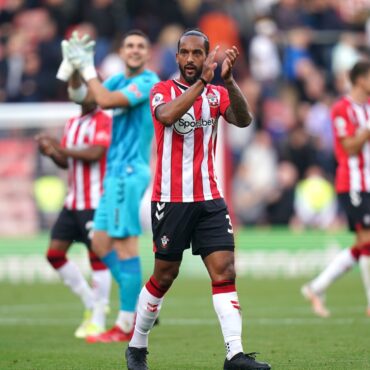 Armando Broja struck his maiden Premier League goal as Southampton picked up an overdue first win of the season by deservedly beating Leeds 1-0 at St Mary’s. Saints boss Ralph Hasenhuttl expressed doubt ahead of kick-off about whether Chelsea loanee Broja was ready to start top-flight games. But the Slough-born Albania striker responded in emphatic fashion, capping a scintillating display by powerfully finishing a flowing breakaway goal in the 53rd […]