Biden Faces a Tragedy He Worked to Avoid 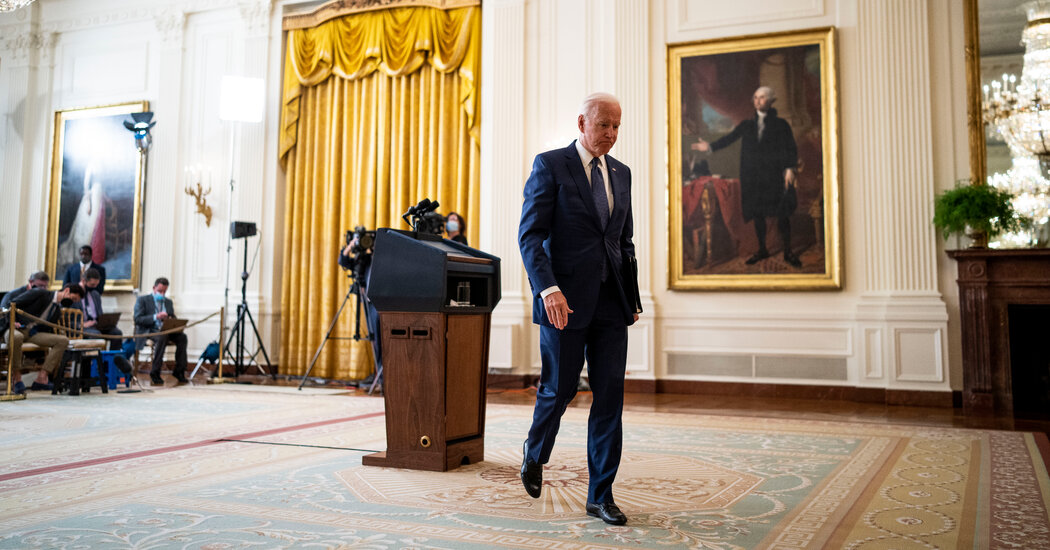 WASHINGTON — It was exactly what President Biden feared most.

His decision to end America’s longest war was driven, he had said repeatedly, by his determination not to sacrifice even one more member of the military on behalf of an effort he had long believed was no longer in the interests of the United States.

But on Thursday morning, the withdrawal he set in motion claimed the lives of 13 U.S. troops, along with scores of Afghan civilians — the first American casualties in Afghanistan in 18 months and the deadliest day there for the U.S. military since 2011.

In searing remarks from the East Room of the White House Thursday evening, Mr. Biden pledged to “hunt down” the terrorists who claimed credit for the bombings at the Kabul airport but said the frantic, dangerous evacuation of U.S. citizens and allies from Afghanistan would continue for several more days.

“To those who carried out this attack, as well as anyone who wishes America harm, know this: We will not forgive,” Mr. Biden said, using language that had grim echoes of warnings President George W. Bush made after the terror attacks on Sept. 11, 2001. “We will not forget. We will hunt you down and make you pay.”

Mr. Biden delivered his remarks hours after the Pentagon confirmed suicide bombers had inflicted the deadliest attack on U.S. forces in Afghanistan in a decade. He expressed “heartache” for what he described as “a tough day,” and said he had asked his commanders to target ISIS-K, the Afghan affiliate of the Islamic State, which claimed responsibility for the attacks.

“We will respond with force and precision, at the place we choose and the moment of our choosing,” he said.

Mr. Biden hailed the sacrifice of the soldiers, 12 of whom were Marines, who lost their lives, and the 18 other American service members who were injured in the blasts, even as the military worked to carry out his decision to fully withdraw from Afghanistan.

He pledged that the United States would uphold its “sacred obligation” to the families of the fallen in Afghanistan, calling those who died in the attacks “heroes who have been engaged in a dangerous, selfless mission to save the lives of others.”

America’s tumultuous exit from Afghanistan has dragged down Mr. Biden’s approval ratings, and Thursday’s bombings surely will open him up to political attacks. But it was unclear what the damage would be to his presidency in the long-term, as he exits a war that most Americans want out of, as well.

Mr. Biden said that as president, he bears responsibility for “all that’s happened,” but he again denied that his decision to withdraw forces by the end of the summer led inevitably to the chaotic scenes of evacuation at the airport, or to the deaths at the hands of the terrorists.

“I had only one alternative: pour thousands of more troops back into Afghanistan,” he said. “I have never been of the view that we should be sacrificing American lives to try to establish a democratic government in Afghanistan.”

Acting against the advice of his generals and overruling some of his top foreign policy advisers, Mr. Biden announced in April his decision to withdraw the remaining 2,500 American troops from the country. The president has said that he did not want to call the parents of another Marine, soldier or airman killed in action in Afghanistan.

But the rapid takeover of the country by the Taliban caught the administration off guard and set in motion a chaotic evacuation in which almost 6,000 American troops tried to secure the Kabul airport against the Taliban and terror groups. Earlier this week, Mr. Biden rejected calls from lawmakers, activists and other world leaders to extend the American presence at the airport past Aug. 31, citing the potential for terrorist attacks.

Since Aug. 14, just before the Taliban seized control of Kabul, the administration says it has evacuated more than 100,000 people, ferrying them to safety. But administration officials concede that there are still more Americans and Afghan allies that want to leave the country.

On Thursday, Mr. Biden said he still intended to meet his Aug. 31 deadline for a full withdrawal. But he also said he would not accelerate the departure because of the bombings. He said his top military officials had told him they had the resources to continue the evacuations even in the face of ongoing threats while also protecting the airport from what they expected would be more attacks in the days ahead.

And he said continuing the evacuation would prove to the rest of the world that “what America says matters.”

“They made it clear that we can and we must complete this mission and we will, and that’s what I’ve ordered them to do,” Mr. Biden said of his military advisers. “We will not be deterred by terrorists. We will not let them stop our mission. We will continue the evacuation.”

Mr. Biden said that the United States would continue to try to help Americans and others escape Afghanistan after the military leaves the country, in part by seeking to cooperate with the Taliban in bringing them out. He said that the Taliban, at least for now, appeared to be interested in cooperating with the United States and other Western nations.

The Taliban, Mr. Biden said, are eager for economic aid and other help as they try to once again rule the country in the months ahead. That gives the United States leverage over the Taliban that could help in finding and evacuating Americans and other personnel, he said.

“There’s a lot of reasons why they have reached out, not just to us, but to others as to why it would be continued in their interests to get more of the personnel we want to get out,” he said.

In the past week, as Mr. Biden defended the way his administration has handled the withdrawal of forces from Afghanistan, he vowed that “any attack on our forces or disruption of our operations at the airport will be met with a swift and forceful response.”

It was unclear on Thursday whether a military response of any kind was already in the works. But military officials said that U.S. troops on the ground had the capacity to strike back while also securing the airport.

Gen. Kenneth F. McKenzie Jr., the head of the U.S. Central Command, said the military would pursue those responsible for the attack. And Mr. Biden later suggested that he would not let the attack pass without a response, though he gave no timeline for action.

Mr. Biden on Thursday asked for a moment of silence to remember those who died.

“Each one of these women and men of our armed forces are the heirs of that tradition,” he said, “of sacrifice, of volunteering to go into harm’s way, to risk everything, not for glory, not for profit, but to defend what we love and the people that we love.”

Pentagon officials described the bombing at the airport as a “complex attack” that included at least two explosions and gunfire by ISIS-K fighters at Americans and civilians.

Mr. Biden received word of the worsening situation Thursday morning as he met with top national security advisers for a regularly scheduled update on how the evacuation was going, officials said.

The bad news — punctuated online by gruesome videos of dead bodies outside of the walls around the airport — continued throughout the day amid unconfirmed reports of other explosions near the airport and a steadily rising toll of injured and dead, many of them Afghan civilians who had been desperately waiting for a chance to evacuate.

Throughout the morning, Mr. Biden huddled with Secretary of State Antony J. Blinken, Secretary of Defense Lloyd J. Austin III and Gen. Mark A. Milley, the chairman of the Joint Chiefs of Staff, as well as other top aides for updates about the explosions and what they might mean for the last days of the frantic evacuation effort underway in Afghanistan.

After word came of the attacks, the president’s schedule was quickly upended.

Less than 15 minutes before Mr. Biden was set to meet with Naftali Bennett, the new prime minister of Israel, the White House announced that the meeting had been delayed. It was later postponed until Friday. And a meeting between Mr. Biden and some of the nation’s governors was canceled. The daily briefing by Jen Psaki, the White House press secretary, was delayed until after Mr. Biden delivered his remarks Thursday evening. 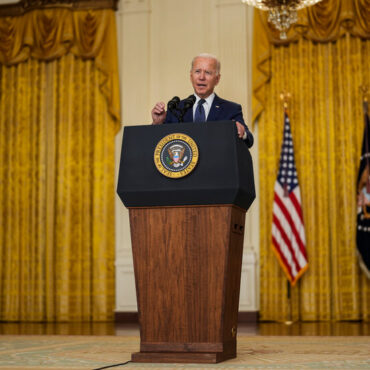 We lost. We have some sense, like many of you do, what the families of these brave heroes are feeling today. You get this feeling like you’re being sucked into a black hole in the middle of your chest. There’s no way out. My heart aches for you, and I know this: We have a continuing obligation, a sacred obligation to all of you, the families of those heroes. That […]