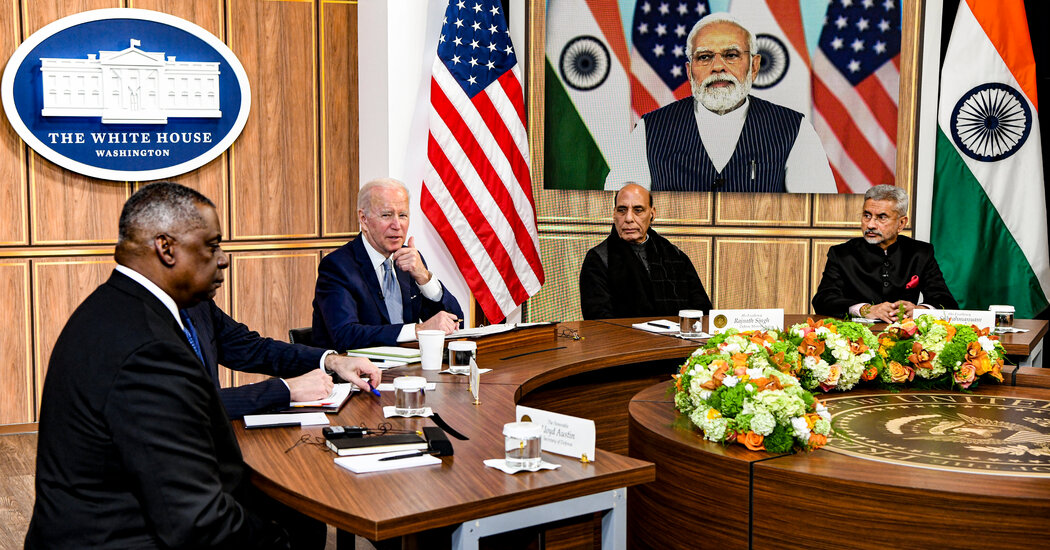 President Biden emphasized growing defense cooperation with India in a virtual meeting with Prime Minister Narendra Modi on Monday — a line U.S. officials have increasingly touted in the hopes of convincing New Delhi to come off the fence over Russia’s war on Ukraine.

India has long been reliant on Russia for military hardware, an important factor in the deep historic ties between the two countries. And so despite global condemnations of Russian aggression in Ukraine, Mr. Modi’s administration has tried to remain neutral — refraining from criticizing Russia, while calling for negotiations and engaging Ukraine with humanitarian assistance.

While American officials have been understanding of the complexity of India’s balancing act, seeing New Delhi as an important ally in the face of an assertive China, they have at times expressed frustration that India’s stance is offering President Putin some cover. Some U.S. officials have warned of consequences if India expands trade with Russia, especially any increase in purchasing oil, as the West tries to tighten sanctions.

India imports only about one percent of its oil needs from Russia. Many Indian officials have spoken of a double standard, with Europe continuing to import oil from Russia while India’s imports come under increased scrutiny.

President Biden echoed sentiments that other U.S. officials have expressed in recent weeks in attempts to reassure India that its source of military hardware would not run dry were it to take a firmer stance against Russia.

“We share a strong and growing major defense partnership,” President Biden said in his opening remarks, before the defense and foreign ministers of both countries sat for extended dialogue. “The United States and India will continue our close consultations on how to manage the destabilizing effects of this Russian war.”

India’s defense purchases from the United States have increased over the past decade to about $20 billion. But analysts have said expanding the ties to the point where India’s dependency on Russian military hardware would wane will be slow as it would require overcoming deeply rooted hesitancy in the relationship between the United States and India that dates back decades.

In his remarks, Prime Minister Modi continued India’s delicate line on Ukraine — expressing concern about the suffering caused by the war but refraining from calling out Russia as the aggressor.

“Our talks today are taking place at a time when the situation in Ukraine is very worrying,” Mr. Modi said. “During this entire process I spoke several times to the presidents of both Ukraine and Russia. I not only appealed for peace, but also suggested there be direct talks between President Putin and the president of Ukraine.” 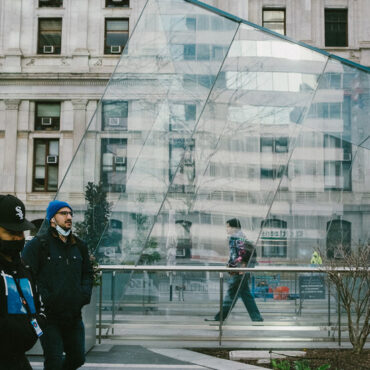 The city of Philadelphia will reinstate an indoor mask mandate, the first major U.S. city to do so this spring.

With new coronavirus cases low but rising sharply in recent days, the city of Philadelphia announced on Monday that it will reinstate an indoor mask mandate a little more than a month after lifting it, becoming the first major U.S. city to do so.“This is our chance to get ahead of the pandemic,” said Cheryl Bettigole, the city’s health commissioner, in a news conference. She acknowledged that the average number […]