Biden to Address Nation About Omicron on Tuesday 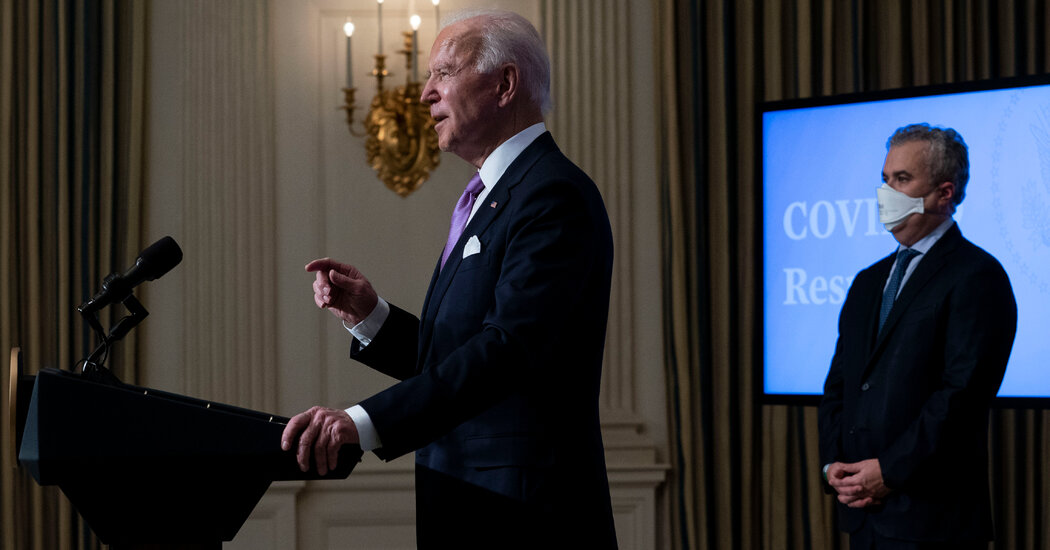 President Biden will address the nation on Tuesday to respond to the spread of the Omicron variant of the coronavirus, which has sent infections soaring in parts of the country and raised new fears of the health of the country and its economy in the months to come.

Mr. Biden “will announce new steps the Administration is taking to help communities in need of assistance,” Jen Psaki, the White House press secretary, wrote on Twitter on Saturday, “while also issuing a stark warning of what the winter will look like for Americans that choose to remain unvaccinated.”

“We are prepared for the rising case levels,” she wrote in a follow-up Twitter post, and Mr. Biden “will detail how we will respond to this challenge. He will remind Americans that they can protect themselves from severe illness from COVID-19 by getting vaccinated and getting their booster shot when they are eligible.”

The remarks will come as administration officials have faced new questions about how they will respond to the challenges of a pandemic that has persisted well beyond the administration’s expectations. Vice President Kamala Harris drew criticism this weekend for telling The Los Angeles Times in an interview that the administration was blindsided by the new variant and the one that preceded it, Delta, which drove spikes in infections and deaths from the virus this fall.

Mr. Biden has both sounded an alarm over Omicron this month while also counseling hope in the face of it, expressing optimism that the fast-spreading variant would not set back the progress the country has made to regain a sense of normalcy in recent months.

After initially imposing a set of travel restrictions on certain countries, including South Africa, where the variant was first detected, Mr. Biden’s response to the variant has leaned heavily on imploring Americans to get vaccinated, including booster shots.

Ms. Psaki has fielded repeated questions in recent weeks over whether administration officials had revised their economic forecasts to account for Omicron. On Friday, she told reporters aboard Air Force One en route to South Carolina that federal surge teams were helping communities handle a surge in cases in hard-hit states like Colorado, Michigan and Vermont.

“There’s not a new assessment that they have provided or new recommendations that they have provided to date” on the economic effects of those caseload increases, she said. “But that’s obviously a conversation that’s happening internally, as we look at not just the new variant, but any cases of — any surges that we’re seeing in communities across the country. And, of course, we’ll continue to assess any new steps that need to be taken.” 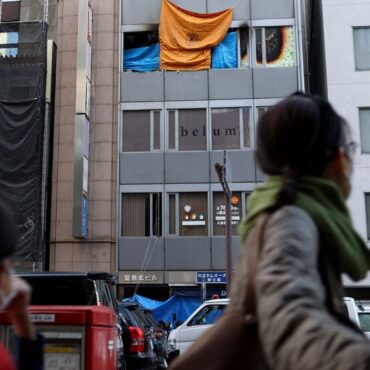 Over the weekend, according to NHK, Japan’s public broadcaster, the fire department in Osaka started urgent on-site inspections of buildings with only one set of stairs, identifying close to 5,500 such structures in the city of nearly 2.7 million. Fire officials were checking to make sure those exits were not blocked.Two years ago, another arson fire at an anime studio in Kyoto, not far from Osaka, killed 33 people and […]