Blinken Warns Russia Against Making a ‘Serious Mistake’ in Ukraine 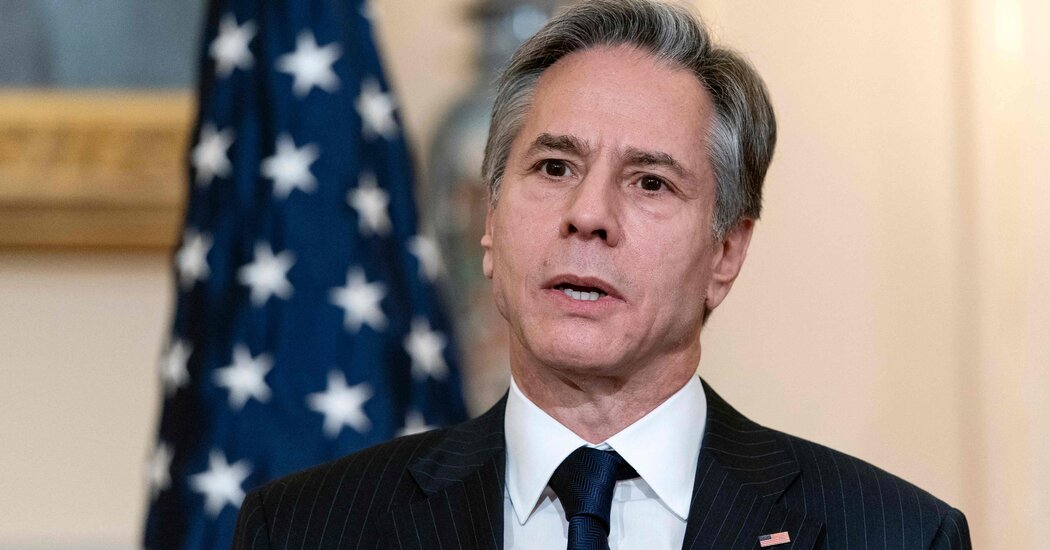 WASHINGTON — Secretary of State Antony J. Blinken said on Wednesday that Russia’s intentions behind its latest military buildup along Ukraine’s eastern border were unclear, but that Moscow would be making a “serious mistake” by committing new aggression against its embattled neighbor.

“We don’t have clarity into Moscow’s intentions, but we do know its playbook,” Mr. Blinken said at a joint news conference at the State Department with Ukraine’s foreign minister, Dmytro Kuleba.

“Any escalatory or aggressive actions would be of great concern to the United States,” Mr. Blinken added.

He met with his Ukrainian counterpart amid reports of new Russian military deployments near the border, raising alarms in Kyiv and Washington again after a huge concentration of Russian troops in the area this spring.

Ukraine’s Defense Ministry said last week that about 90,000 Russian troops were stationed near its border. It was unclear how many of them were newly positioned; U.S. officials said in May that as many as 80,000 Russian troops remained deployed in the area even after Moscow announced a partial pullback.

Biden administration officials have been trying to defuse a potential new crisis. The C.I.A. director William J. Burns traveled to Moscow last week for an extraordinary meeting with Kremlin officials.

The new tensions follow a period of relative calm in U.S.-Russia relations, during which Biden officials have sought to escape an escalating cycle of confrontation with the Kremlin and find areas of cooperation with President Vladimir V. Putin of Russia.

Mr. Blinken suggested that Russia might try to repeat its assault on parts of Ukraine, a former Soviet republic whose political leadership has turned toward the West in recent years, infuriating Mr. Putin. After a largely pro-Western popular revolution overthrew the Ukrainian president in early 2014, Russian troops annexed the Crimean Peninsula and supported a pro-Russian separatist insurgency in eastern Ukraine that continues today.

“Our concern is that Russia may make the serious mistake of attempting to rehash what it undertook back in 2014, when it amassed forces along the border, crossed into sovereign Ukrainian territory and did so claiming falsely that it was provoked,” Mr. Blinken said.

“The message we’re sending today, that I repeated to Dmytro, is that our commitment to Ukraine sovereignty — to its independence, to its territorial integrity, is ironclad,” he continued. “And the international community will see through any Russian effort to resort to its previous tactics.”

But Andrew S. Weiss, a Russia and Ukraine expert at the Carnegie Endowment for International Peace, warned that Mr. Putin had considerable leverage.

“Putin is a master at jerking our chain and throwing us off-balance,” said Mr. Weiss, a veteran of several government national security posts. “He also likes reminding us that he has escalation dominance in the Ukraine conflict, and that he cares about this issue much more than Western leaders do. That makes things very dicey.”

Mr. Kuleba said he appreciated U.S. support for his country, but he also renewed Ukraine’s complaints about the newly completed Nord Stream 2 natural gas pipeline between Russia and Germany. Ukrainian officials say Nord Stream 2 could cost their country $2 billion in annual transit revenue generated by an alternative pipeline that runs through its territory and makes it more susceptible to energy extortion by Russia.

The Biden administration publicly opposed Nord Stream 2 but dismayed Ukrainian officials by waiving key congressional sanctions on it this year after concluding that the pipeline could not be stopped without a counterproductive fight with Germany, if at all.

“What we see is that Russia is already using gas as a weapon,” said Mr. Kuleba, echoing reports of Russian manipulation of energy supplies at a time when Europe is short on natural gas.

“When we speak about Nord Stream 2, I would like to emphasize Nord Stream 2 is not only a Ukrainian problem,” Mr. Kuleba said. “It’s a European problem.”

Mr. Blinken was more circumspect. Pressed on the question, he noted that Russia had weaponized energy in the past but said that he would wait to see whether it made good on pledges to supply more gas to Europe before reaching a conclusion in this case. “We’re looking at that very, very carefully,” he said. 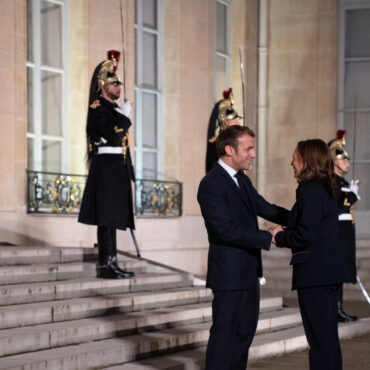 In 2018, Mr. Trump skipped a visit to a veterans cemetery further outside of Paris. In 2020, Mr. Trump denied a report in The Atlantic that he had mocked that cemetery as “filled with losers.”On Thursday, Ms. Harris will attend an Armistice Day ceremony with Mr. Macron and deliver remarks at the Paris Peace Forum as the highest-ranking American official to attend. Mr. Trump skipped the inaugural event. On Friday, […]