Bolsonaro’s Wife Was Vaccinated During Their Visit to New York 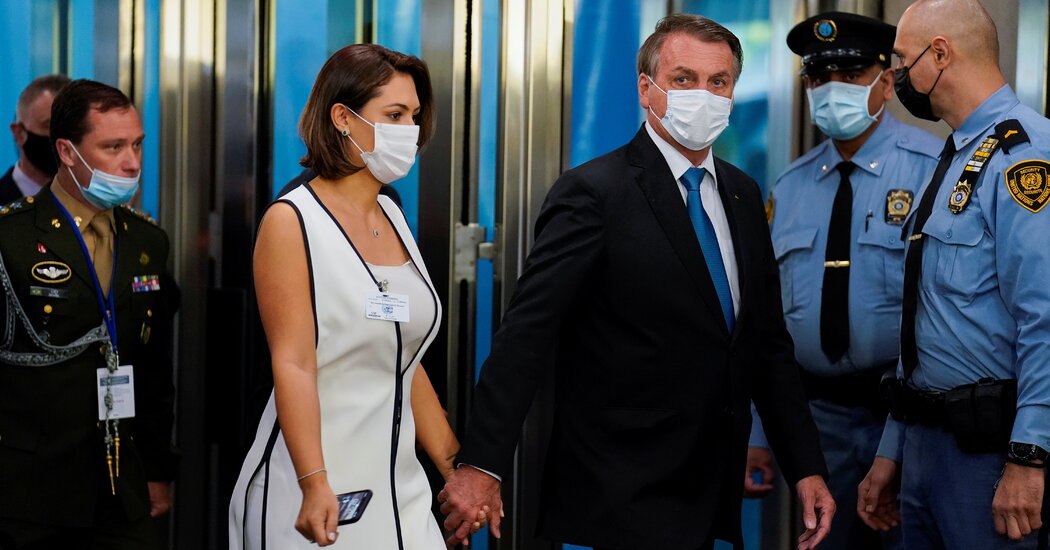 Jair Bolsonaro, Brazil’s proudly unvaccinated president, is contending with more fallout from his visit to New York last week to speak at the United Nations: A fourth member of his entourage has tested positive for Covid-19, and his wife, Michelle, opted to get vaccinated before they returned home.

Pedro Duarte Guimaraes, an economist who is the chief executive of Caixa Economica Federal, a leading Brazilian banking institution, disclosed on Sunday that he had tested positive, joining Brazil’s health minister, Marcelo Queiroga, Mr. Bolsonaro’s son Eduardo and a Brazilian diplomat. Mr. Queiroga, who was diagnosed during the visit, remained in isolation in a New York hotel.

Mr. Guimaraes and Mr. Queiroga have said they were fully vaccinated. Mr. Bolsonaro, whose insistence on downplaying the pandemic has been widely criticized, has declined to be vaccinated, contending that his own recovery from a Covid infection last year gave him resistance to a recurrence.

Defying a United Nations honor system requiring proof of vaccination, Mr. Bolsonaro was the first leader to address the General Assembly last Tuesday when it commenced the annual high-level week of speeches by representatives of its 193 members.

The potentially infectious Brazilians prompted United Nations officials to notify all diplomats at the organization who may have been in contact with them. As of Monday, none had reported testing positive, said Stéphane Dujarric, the U.N.’s chief spokesman.

Mrs. Bolsonaro’s vaccination, disclosed by Mr. Bolsonaro on Thursday after their return home, generated more adverse publicity, apparently revealing the couple’s lack of solidarity on that subject and — to some Brazilians — a disrespect by the Brazilian first lady for her country’s own health system.

The president’s office sought to clarify the circumstances, explaining in a statement Friday night that all members of Mr. Bolsonaro’s entourage had to take a Covid test before boarding the plane back to Brazil. The statement said that during the test, the doctor administering it asked Mrs. Bolsonaro if she would like to be vaccinated.

“Since she had already been thinking about getting a shot, she decided to accept,” it said.

The statement did not identify the vaccine administered to her. Senator Omar Aziz, head of a parliamentary commission examining Mr. Bolsonaro’s handling of the pandemic, suggested she could have performed a patriotic duty by having been vaccinated at home.

Both Mr. and Mrs. Bolsonaro both tested negative on Sunday, his office said.

Nearly 600,000 Brazilians have died from Covid, the second-highest toll behind the United States, where more than 688,000 have died, according to a New York Times database, and only 41 percent of the Brazilian population has been fully vaccinated. 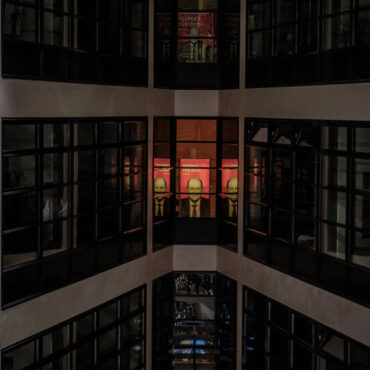 Olaf Scholz is a Winner but Not Chancellor — Yet.

BERLIN — For a moment it felt like he was already chancellor. As Olaf Scholz stood on the stage surrounded by euphoric followers chanting his name and celebrating him as if he were the next leader of Germany, he was the clear winner of the night.Mr. Scholz had just done the unthinkable — carry his long moribund center-left Social Democrats to victory, however narrow, in elections on Sunday that were […]