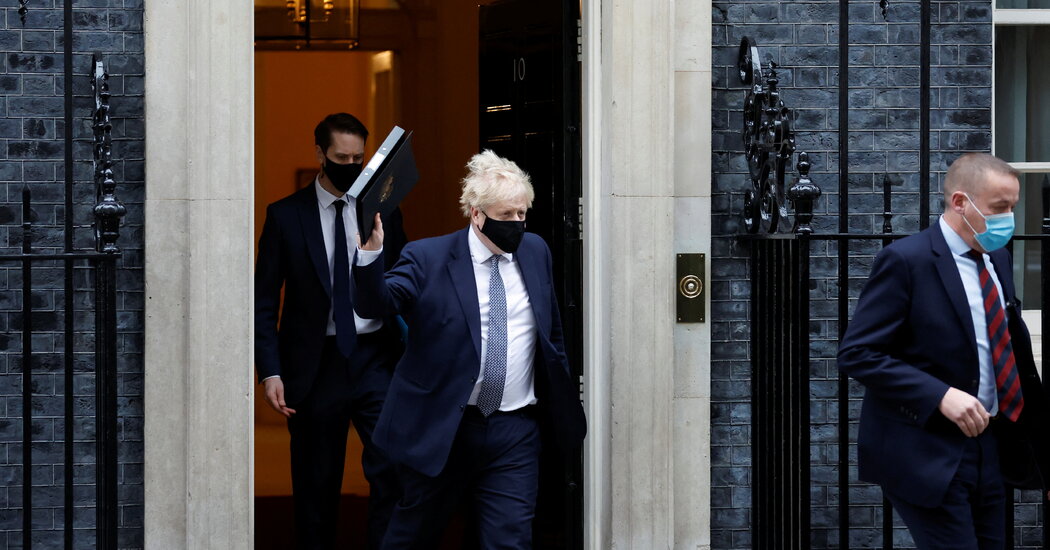 Mr. Johnson, the British prime minister, fended off calls for his resignation over claims that he lied about lockdown-breaking parties and his role in authorizing the evacuation of animals from Afghanistan.

“Whatever he says in his statement later today or tomorrow won’t change the facts. Isn’t this a prime minister and a government that have shown nothing but contempt for the decency, honesty and respect that define this country?” “Of course — of course he wants me out of the way, Mr. Speaker, of course — of course he wants me out of the way. He does. And I can’t — many people, of course — of course, I don’t deny it. For all sorts of reasons, many people may want me out of the way, but I’ll tell you the reason he wants me out of the way is because he knows that this government can be trusted to deliver.” “Every moment that the prime minister lingers, every nick in this death by a thousand cuts, is sucking attention from the real issues facing the public. Tory cuts, Brexit and the soaring cost of living have pushed millions of families into poverty.” “I only wanted to add the point that we’ve taken the tough decisions. We’ve got the big calls right, and we’re — and in particular I am — getting on with the job.” [crowd shouting] 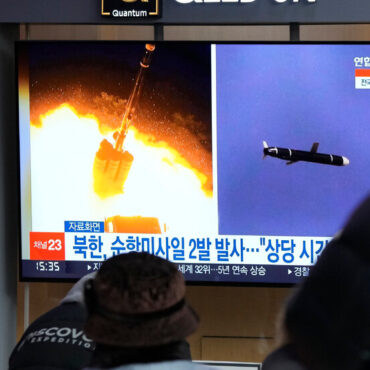 SEOUL — North Korea fired two short-range ballistic missiles off its east coast on ​Thursday ​in its ​sixth missile test this month, the South Korean military said.North Korea began the year with a spate of missile tests, raising tensions at a sensitive time: China is gearing up to host the Winter Olympics in Beijing next month, and South Korea is preparing for its presidential election on March 9.The latest launch […]