Boris Johnson warns that Russia is planning the biggest war in Europe since 1945. 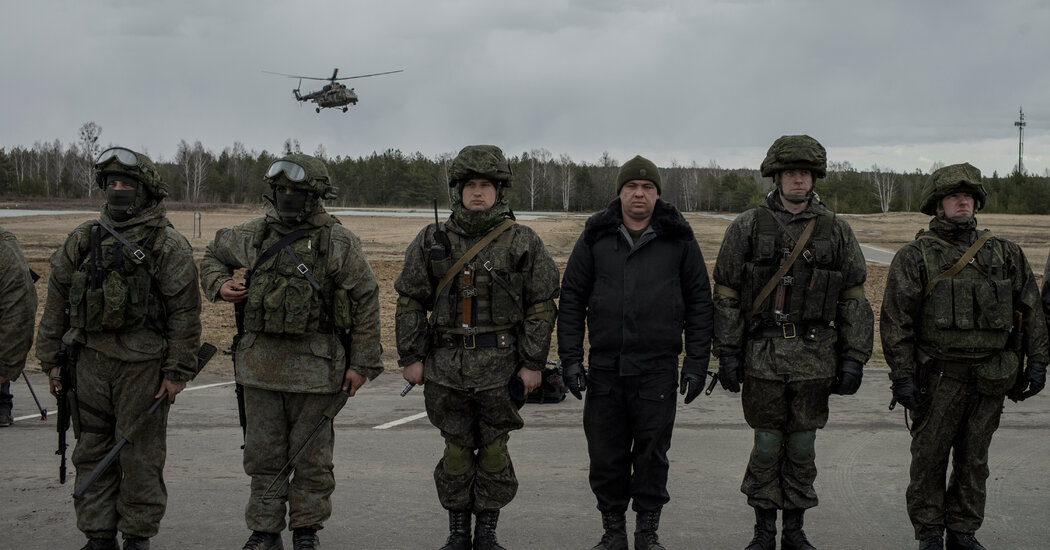 Russia is planning “the biggest war in Europe since 1945,” Prime Minister Boris Johnson of Britain told the BBC on Sunday, warning that a conflict would be a “catastrophe” for Russia.

As the world nervously waits to see President Vladimir V. Putin’s intentions, Mr. Johnson said that all the signs showed that “the plan has already in some senses begun” and that the intelligence pointed to Russia’s intention to invade Ukraine.

“People need to understand the sheer cost in human life that could entail,” he told the BBC, noting that this applied to Russians as well as Ukrainians. He was speaking in Munich.

Mr. Johnson warned that a conflict in Ukraine would be a “catastrophe” for Russia, and suggested that Britain and the United States were prepared to ratchet up sanctions against Moscow beyond those that have already been outlined.

U.S. officials have vowed to unleash searing economic measures if Russia invades Ukraine, including sanctions on its largest banks and financial institutions, in ways that would inevitably affect daily life in Russia.

Mr. Putin has increasingly portrayed NATO’s eastward expansion as an existential threat to his country and insists that Moscow’s military buildup is a reaction to Ukraine’s deepening partnership with the alliance. Essentially, he appears intent on winding back the clock 30 years, to just before the collapse of the Soviet Union.

Mr. Johnson warned that Mr. Putin’s actions would embolden rather than diminish NATO. Paul Farmer, a physician and anthropologist who sought to bring high-quality health care to some of the world’s poorest people, died on Monday in Rwanda. He was 62.Partners in Health, the global public health organization that Dr. Farmer co-founded, announced his death in a statement that did not specify the cause. Dr. Farmer previously lived in Rwanda and spent decades focused on improving its health care system.Dr. Farmer gained public […]