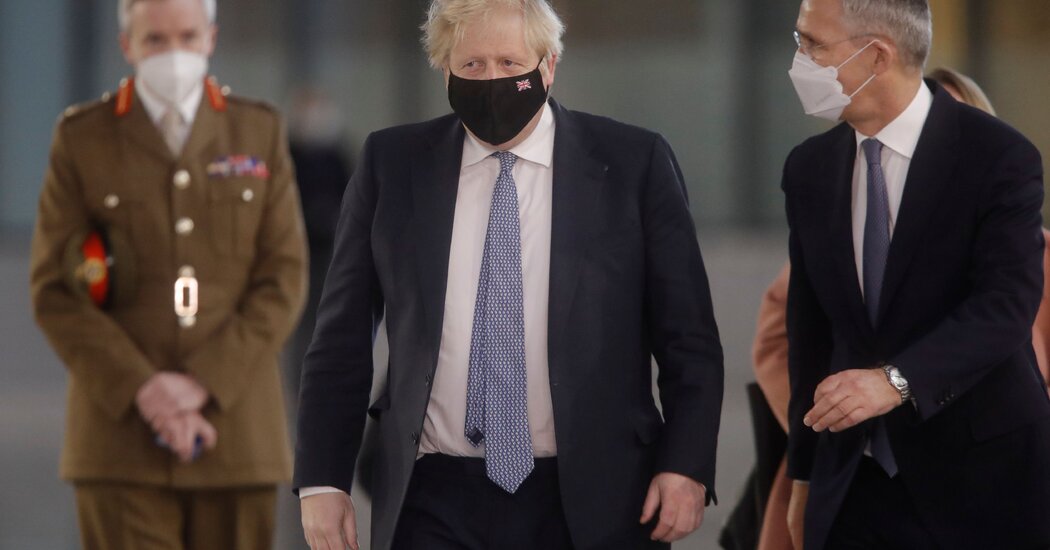 Emphasizing Britain’s “immovable” commitment to NATO, Prime Minister Boris Johnson on Thursday pledged more military support for the alliance and said he thought that Russia had not yet decided whether to invade Ukraine, but warned that the most perilous moment of the crisis was fast approaching.

“This is probably the most dangerous moment, I would say, in the course of the next few days, in what is the biggest security crisis that Europe has faced for decades,” Mr. Johnson said at a news conference after a meeting at NATO headquarters in Brussels.

The British government said on Thursday that it had put 1,000 more troops in a state of readiness to support NATO allies in the event of a humanitarian crisis caused by any Russian aggression. Officials also said they were finalizing a package of potential economic sanctions against Russia if it attacks Ukraine, in a bid to pressure President Vladimir V. Putin to defuse the crisis caused by Moscow’s buildup of what the United States says is 130,000 troops, many of them combat ready, near Ukraine’s borders.

Britain has struck a relatively hard line against Russia in the crisis, one that was echoed during talks in Moscow on Thursday between the country’s foreign secretary, Liz Truss, and Russia’s foreign minister, Sergey V. Lavrov, which ended with no apparent progress. Mr. Johnson was scheduled to meet with Polish leaders in Warsaw later on Thursday.

Mr. Johnson rejected suggestions that there were tensions among European allies over Ukraine, and praised the approach of the German chancellor, Olaf Scholz, who planned to visit Russia and Ukraine next week. He did not mention President Emmanuel Macron of France, who this week held a lengthy meeting in Moscow with Mr. Putin.

Appearing alongside Mr. Johnson, the NATO secretary general, Jens Stoltenberg, also insisted that the alliance was united, and added that while it was “prepared to listen to Russia’s concerns,” it would “not compromise on core principles.” That was an apparent reference to Russia’s demands that NATO block Ukraine from joining — which Western leaders have said is at best a distant possibility — and halt expansion into parts of Europe that Russia considers its sphere of influence. NATO and the United States have dismissed those demands outright.

Mr. Stoltenberg warned that Russian aggression could result in an increased deployment of NATO battle groups in the southeastern part of the alliance. “Renewed Russian aggression will lead to more NATO presence, not less,” he said.

Mr. Johnson’s diplomatic efforts also sought to shift focus away from the acute pressure he faces at home over a police investigation into whether parties held in Downing Street in 2020 breached the country’s strict coronavirus laws. But his political woes followed him to Brussels, where he twice refused to answer questions about whether he would resign if he is found to have broken the law. 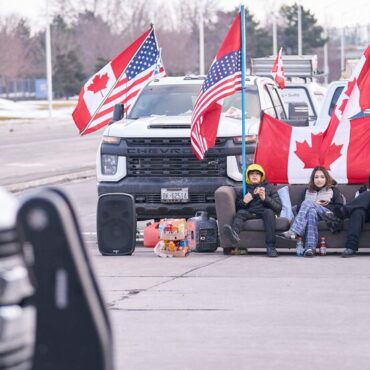 General Motors is the latest automaker to interrupt production because of protests at a crucial Canadian border crossing that have disrupted supply chains already in turmoil because of the pandemic.G.M. said it had canceled two shifts on Wednesday and Thursday at a factory in Lansing, Mich., that makes sport utility vehicles. The plant depends on components that normally travel across a bridge between Windsor, Ontario, and Detroit, which was closed […]