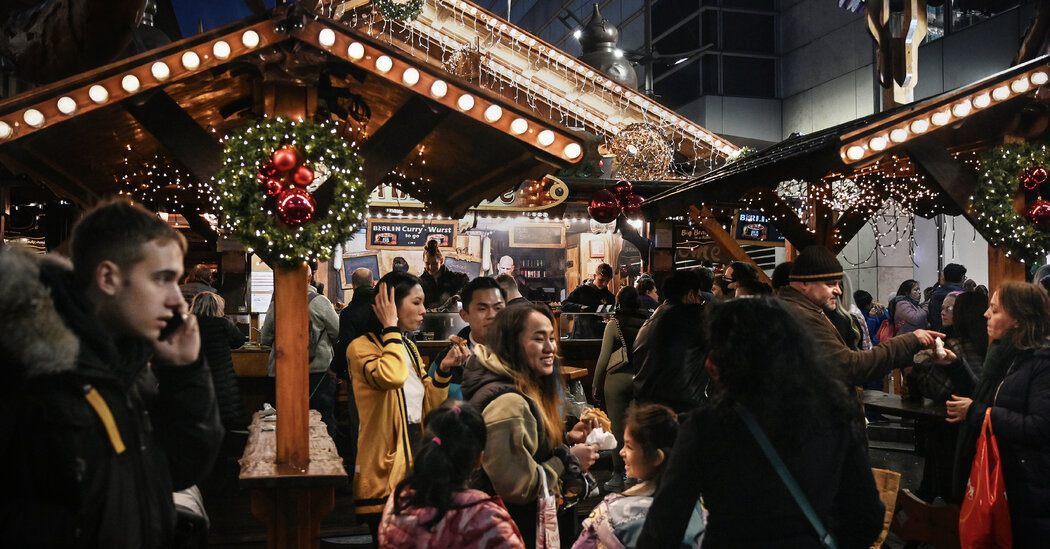 More than 93,000 people in Britain have tested positive for the coronavirus in a 24-hour period, health officials announced on Friday, as the fast-spreading Omicron variant puts pressure on a government that has resisted imposing tough restrictions before Christmas.

The government said that 93,045 cases were recorded in the previous day, the third consecutive day that Britain’s case count set a record.

Omicron has eclipsed Delta as the dominant variant in Scotland, officials said, and was surging in many other areas of Britain, with infections in some places doubling every two to three days.

While the effect on the country’s health system is still unknown, officials warned that the sheer number of cases could still be overwhelming. But Britain’s relatively high vaccination levels appeared to be limiting cases of severe illness and death.

Still, as the country confronts a second consecutive winter shadowed by the virus, officials refrained from ordering a weary public to cancel Christmas plans.

Scotland’s first minister, Nicola Sturgeon, said at a news conference on Friday that Omicron cases were rising “faster than anything previously experienced in the pandemic.”

She added, “The tsunami I warned about a week ago is now starting to hit us.”

But while she reiterated advice that people limit their social contacts as much as possible, and mix with no more than three households over the holiday season, Ms. Sturgeon refrained from announcing tougher steps. She urged people to remain hopeful because “we are in so much better a position than we were at this time last year, because of vaccination.”

“Every booster put into someone’s arm is another brick in this wall of protection,” Ms. Sturgeon said.

British officials are counting on vaccinations to blunt the Omicron wave, and the health system has significantly expanded a booster campaign that is now offering third shots to all adults. On Thursday, health officials reported that more than 626,000 people in England had received a booster dose in the previous 24 hours, a new single-day record.

Still, fewer than 45 percent of people ages 12 and older have received a third vaccine dose, according to government data. Britain’s Health Security Agency has warned that two doses of a vaccine are not enough to prevent illness from Omicron.

In London, most major Christmas events were proceeding largely uninterrupted, even as the virus threatened sports and the arts. Several English Premier League soccer matches were called off over coronavirus outbreaks, and performances of the hit West End productions “The Lion King” and “Life of Pi” were canceled after some cast and crew members tested positive.

Prime Minister Boris Johnson this week pushed through slightly tougher restrictions, including a plan to impose a system of vaccine certification to enter nightclubs and large indoor venues. But he did so over the objections of many inside his Conservative Party, who are firmly opposed to stricter measures.

Some experts said that by avoiding such steps in the run-up to Christmas, considering how fast Omicron is spreading, officials risked hundreds of thousands more people getting infected.

“The time to act is early, and any delays are going to make any measures that are introduced much less effective,” said Peter Openshaw, a professor of experimental medicine at Imperial College London. “The way to protect all our freedoms and our prosperity is to get the virus under control.”

Health authorities in Wales this week also announced new restrictions, which will begin on Dec. 27, including the closure of nightclubs and mandatory social distancing of two meters, or about six feet, in offices and shops.

Describing Omicron as the most serious challenge in the pandemic to date, Wales’s first minister, Mark Drakeford, urged people not to gather in large groups during the holidays. “A smaller Christmas is a safer Christmas this year,” he told Sky News.

Mr. Drakeford added that although the Delta variant remained dominant in Wales, where infections and hospitalizations have held steady, “we know that the Omicron wave is brewing, and that when it arrives in Wales, it will rise very swiftly and very steeply.” 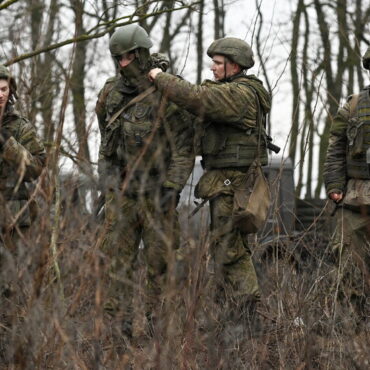 KYIV, Ukraine — Russia demanded on Friday that the United States and its allies halt all military activity in Eastern Europe and Central Asia in a sweeping proposal that would establish a Cold War-like security arrangement, a goal that is unlikely to be realized but poses a challenge to diplomatic efforts to defuse a military standoff along Russia’s border with Ukraine. The Russian proposal came in the form of a […]