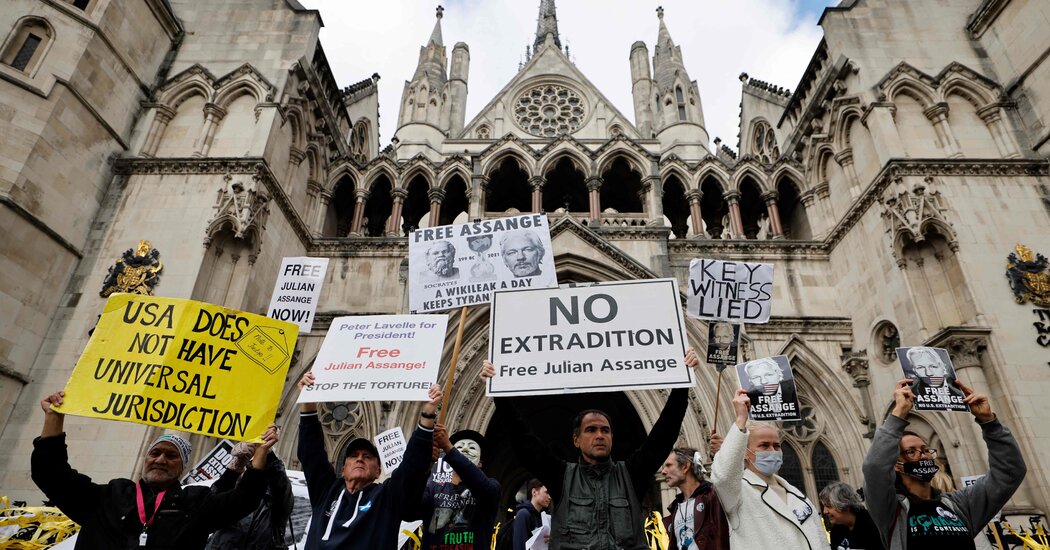 LONDON — The extradition case against Julian Assange, the embattled WikiLeaks founder, resumed in a London court this week as lawyers for the United States argued that concerns about his mental health should not prevent him from standing trial in an American court.

The hearing considered a U.S. appeal of a January decision by a British court not to extradite Mr. Assange, and the outcome is not expected to be known for weeks. It was the latest step in an attempt to send Mr. Assange to the United States to face espionage charges that has dragged on since he was arrested in London in 2019.

If he is extradited, Mr. Assange, 50, could face trial on charges that he played a role in obtaining and publishing secret military and diplomatic documents related to the wars in Iraq and Afghanistan. If he were found guilty on all counts, he could face a sentence of up to 175 years in prison.

In January, a British court ruled that Mr. Assange could not be extradited, citing his diminished mental health and suicide risk, among other factors, in the decision. But American prosecutors appealed, prolonging an international legal battle that has already played out for nearly a decade.

During the two-day hearing this week, Mr. Assange’s defense team argued that new accusations — from a Yahoo News investigation published in September — that the C.I.A. plotted to kidnap or kill Mr. Assange during the Trump administration, as well as fears that he would be placed in harsh prison conditions and concerns about his mental state, should be barriers for his extradition to the United States.

But prosecutors for the United States argued that they had made assurances that Mr. Assange would not face a highly restrictive form of solitary confinement and could apply to serve his sentence in Australia, his home country. They also pledged that he would receive clinical and psychological treatment and would not be sent to a prison reserved for the worst offenders, according to Reuters.

Mr. Assange is still being held in London’s Belmarsh prison, where he has been for more than two and a half years. He did not initially join the proceedings when they began Wednesday morning, as his legal team said he was not feeling well. But that afternoon, he appeared by video link wearing a shirt and tie and a face mask, according to courtroom drawings.

Mr. Assange’s lawyers, rights groups and other defenders have called the charges against him a politically driven attack on media freedom, while doctors and mental health experts have detailed how his physical and mental states have deteriorated since he has been imprisoned.

At the time of the Yahoo report last month detailing an alleged C.I.A. plan to kidnap or kill him, Britain’s National Union of Journalists called the report “chilling.”

“That such acts might have been contemplated as a reaction to an individual who had simply published inconvenient truths is all the more troubling,” Michelle Stanistreet, the union’s general secretary, said in a statement. She called for the appeal to be dismissed and for Mr. Assange to be released.

Mr. Assange published documents on WikiLeaks that were leaked by the former U.S. Army intelligence analyst Chelsea Manning, and he was indicted in the United States in 2019 on 17 counts of violating the Espionage Act. In 2018, he was indicted on one count of conspiring to hack government computers in 2010 and 2011.

He fled into Ecuador’s Embassy in London in 2012 to escape extradition to Sweden, where he was wanted in an investigation into rape allegations that were later dropped. He spent seven years hiding out there before Ecuador revoked his citizenship and evicted him in April 2019. He was then arrested by the British police.

Rebecca Vincent, who has been monitoring the extradition hearing for Reporters Without Borders and was in the courtroom on Wednesday and Thursday, said that the hearing had major implications for media freedom.

“What is at stake here is not only the rights of one man, but the ability of journalists everywhere to do their jobs, to hold power to account and to ensure our ability as the public to access information we have the right to know,” she said in a statement after the hearing. “This is not just about Julian Assange.” 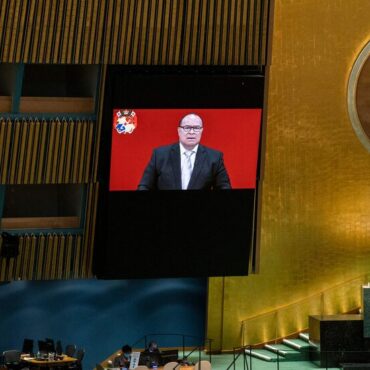 For nearly two years, the remote Pacific island of Tonga has avoided the global pandemic that has infected hundreds of millions of people and left millions dead.That streak of good fortune ended on Friday, when the island nation recorded its first coronavirus case.The infected person arrived in Tonga on commercial flight that left Christchurch, New Zealand, on Wednesday, the Ministry of Health in New Zealand confirmed in a statement. Christchurch […]