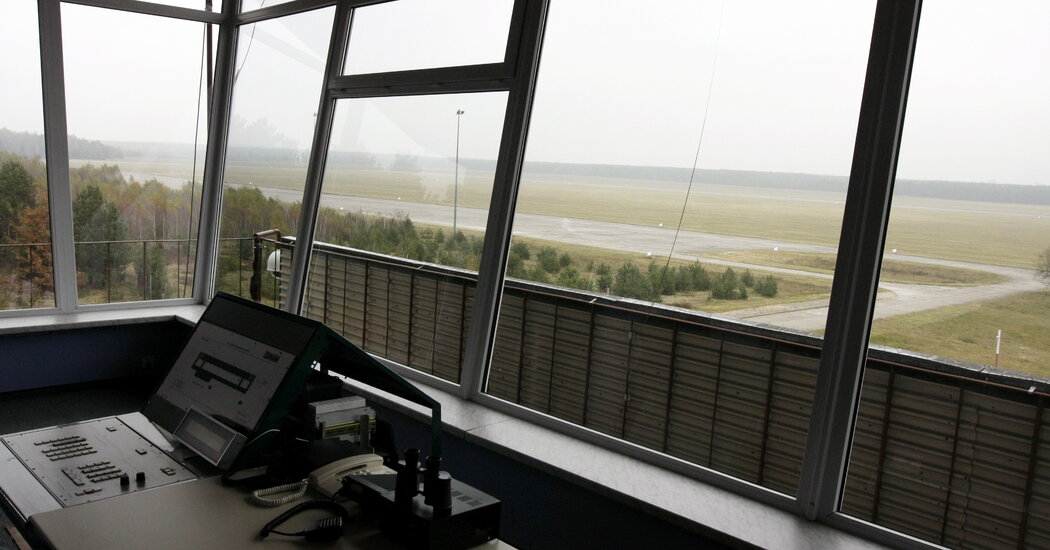 WASHINGTON — The Supreme Court on Thursday shut down efforts by a detainee at Guantánamo Bay to obtain information from two former C.I.A. contractors involved in torturing him, ruling that the inquiry would impermissibly expose state secrets.

Justice Stephen G. Breyer, writing for a badly fractured court, said the main question was whether the information sought by the detainee, known as Abu Zubaydah, would confirm the location of a C.I.A. black site, which is widely known to have been in Poland.

The justices split 6 to 3 on the question of whether the case could proceed. In dissent, Justice Neil M. Gorsuch, joined by Justice Sonia Sotomayor, said the government sought to avoid “further embarrassment for past misdeeds.”

“The facts are hard to face,” he wrote. “We know already that our government treated Zubaydah brutally — more than 80 waterboarding sessions, hundreds of hours of live burial and what it calls ‘rectal rehydration.’ Further evidence along the same lines may lie in the government’s vaults. But as embarrassing as these facts may be, there is no state secret here.”

“This court’s duty is to the rule of law and the search for truth,” Justice Gorsuch wrote. “We should not let shame obscure our vision.”

Justice Breyer, on the other hand, insisted that the question at issue was a limited one. “Obviously, the court condones neither terrorism nor torture,” he wrote, “but in this case we are required to decide only a narrow evidentiary dispute.”

“It stands to reason that a former C.I.A. insider’s confirmation of confidential cooperation between the C.I.A. and a foreign intelligence service could damage the C.I.A.’s clandestine relationships with foreign authorities,” he wrote. “Confirmation by such an insider is different in kind from speculation in the press or even by foreign courts because it leaves virtually no doubt as to the veracity of the information that has been confirmed.”

Abu Zubaydah sought to subpoena the contractors, James E. Mitchell and Bruce Jessen, in connection with a Polish criminal investigation. The inquiry was prompted by a determination by the European Court of Human Rights that he had been tortured in 2002 and 2003 at secret sites operated by the C.I.A., including one in Poland.

When the case, United States v. Husayn, No. 20-827, was argued in October, David F. Klein, a lawyer for Abu Zubaydah said he was not seeking testimony about the location of the black site. “I’m not planning to ask, ‘Did it happen in Poland?’” he said.

Rather, Mr. Klein said, he sought information about his client’s treatment.

“What happened inside Abu Zubaydah’s cell between December 2002 and September 2003?” he asked, giving the dates during which his client was understood to be held in Poland. “How was Abu Zubaydah fed? What was his medical condition? What was his cell like? And, yes, was he tortured?”

Justice Breyer wrote that questions like those “would inevitably tend to confirm or deny whether the C.I.A. operated a detention site located in Poland.”

In a concurring opinion endorsing Justice Breyer’s bottom line but not his reasoning, Justice Clarence Thomas, joined by Justice Samuel A. Alito Jr., wrote that the executive branch was entitled to even more deference than the majority had given it.

Justice Elena Kagan, in a partial dissent in the case, said she agreed that the location of the black site must be protected but said the case could nonetheless proceed.

“I would allow Zubaydah to amend his requests to remove all Poland-specific references,” she wrote, “so that he can obtain testimony about his detention — in whatever country it took place.”

In his dissent, Justice Gorsuch, who had defended the Bush administration’s detention policies as a Justice Department official in 2005 and 2006, said there was no point in barring testimony about the location of the site. “We should not be ignorant as judges of what we know to be true as citizens,” he wrote.

“The location of the C.I.A.’s detention site has been acknowledged by the former Polish president, investigated by the Council of Europe, and proven ‘beyond reasonable doubt’ to the European Court of Human Rights,” he wrote. “Doubtless, these disclosures may have done damage to national security interests. But nothing in the record of this case suggests that requiring the government to acknowledge what the world already knows to be true would invite a reasonable danger of additional harm to national security.”

Abu Zubaydah, whose real name is Zayn al-Abidin Muhammad Husayn, was captured in Pakistan in March 2002 and was initially thought be a high-level member of Al Qaeda. A 2014 report from the Senate Select Committee on Intelligence said “the C.I.A. later concluded that Abu Zubaydah was not a member of Al Qaeda.”

He was the first prisoner held by the C.I.A. after the Sept. 11, 2001, attacks to undergo so-called enhanced interrogation techniques, which were based on a list of suggestions drawn up for use on him by Dr. Mitchell and Dr. Jessen, both psychologists.

Dr. Mitchell has testified that he and Dr. Jessen, who had experience with an Air Force program that taught pilots how to resist torture, were hired by the C.I.A. to consult on the interrogation of Abu Zubaydah. They were ultimately assigned to carry out the techniques on him in the summer of 2002.

A federal judge granted the government’s motion to block the subpoena, saying that “proceeding with discovery would present an unacceptable risk of disclosing state secrets.”

But a divided three-judge panel of the U.S. Court of Appeals for the Ninth Circuit, in San Francisco, ruled that it might be possible to segregate information protected by the state secrets privilege, which bans disclosures that could endanger national security, from other materials.

The full Ninth Circuit declined to rehear the panel’s decision, over the dissents of 12 judges who said the ruling was riddled with “grave legal errors” and posed “a serious risk to our national security.” 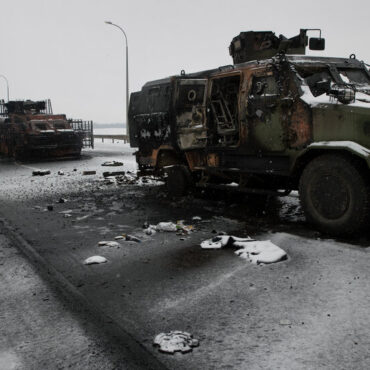 This week, Ukraine’s ambassador to the United Nations, Sergiy Kyslytsya, read out before the General Assembly what he said were text messages a Russian soldier sent to his mother moments before he was killed. They were obtained, he said, by Ukrainian forces after the soldier died.“Mama, I’m in Ukraine,” the ambassador read. “There is a real war raging here. I’m afraid. We are bombing all of the cities together, even […]