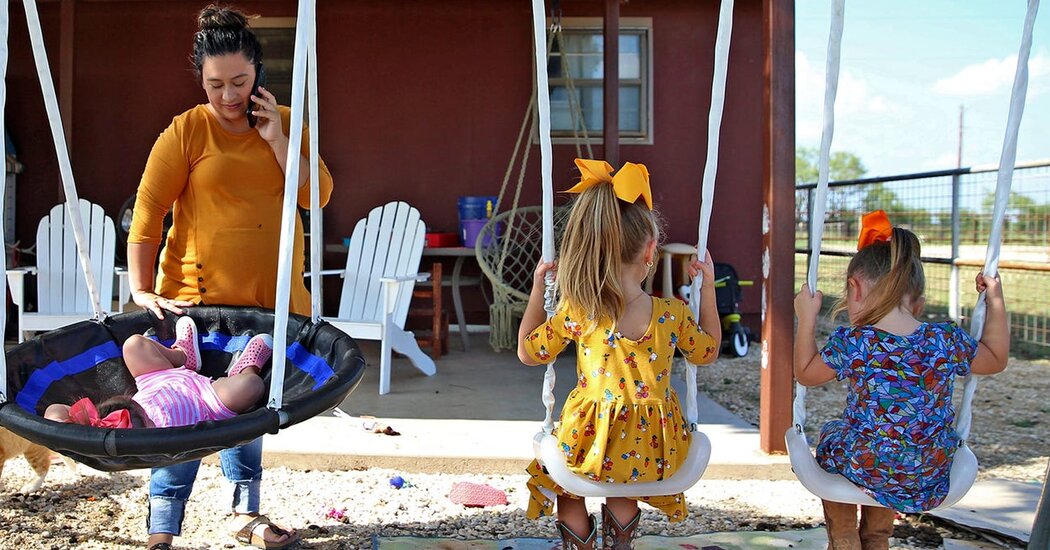 Caleb Wallace, a leader in the anti-mask movement in central Texas, became infected with the coronavirus and has been lying in an intensive care unit for the past three weeks, clinging to life, his wife Jessica said on social media.

“He’s not doing good,” Mrs. Wallace wrote in an Aug. 25 Facebook post. “They called and said they’ve run out of options for him and asked if I would consent to a do not resuscitate. And it would be up to us when to stop treatments.”

Mr. Wallace, who is 30, checked into the Shannon Medical Center in San Angelo, Texas, on July 30. Mrs. Wallace, who is pregnant with the couple’s fourth child, set up a GoFundMe page that has collected over $23,000, to cover the cost of medical bills.

Earlier that month, Mr. Wallace, who lives in San Angelo and works at a company that sells welding equipment, had organized a “Freedom Rally” for people who were “sick of the government being in control of our lives.”

He founded the San Angelo Freedom Defenders, a group that hosted a rally to end “Covid-19 tyranny” according to a YouTube interview with him.

“They believed the coronavirus was a hoax and they felt that the government was being too heavy-handed when it came to masks,” San Angelo’s mayor, Brenda Gunter, said in an interview. Ms. Gunter said she had spoken to Mr. Wallace and members of the San Angelo Freedom Defenders in the last year as they held protests and rallies in the city.

In an interview with the San Angelo Standard-Times, Mrs. Wallace said when her husband first felt ill, he took a mix of vitamin C, zinc, aspirin and ivermectin — a drug typically used to treat parasitic worms in both people and animals that has been touted as coronavirus treatment but was recently proven ineffective against the virus.

In April, Mr. Wallace penned a letter to the San Angelo Independent School District demanding they “rescind ALL COVID-related policies immediately,” and questioning the science and efficacy of masks for school children.

Despite her husband’s political and pandemic views, Mrs. Wallace said she personally wears a mask. She told the Standard-Times that “whether he was a hard-core conservative or not, he was an amazing man.”

During the state’s record-breaking winter storm in February, Mr. Wallace and his father Russell volunteered to drive out to residents trapped in their homes. Mayor Gunter rode with Mr. Wallace.

“When we are called to action, we forget about those differences and just do the right thing,” she said. The mayor told the Standard-Times that Mr. Wallace “had an overwhelming love for this city and its citizens.”

Shannon Medical Center currently has 70 percent of its intensive care beds full. This August, Tom Green County, which contains San Angelo, has see its seven-day average of new cases rise to the highest level since November 2020, according to a New York Times database. 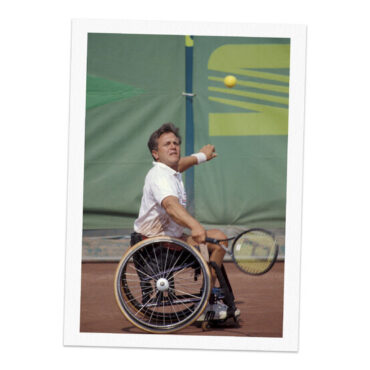 As an author Snow wrote “Wheelchair Tennis: Myth to Reality” with Dr. Bal Moore, a college coach and close friend and a mentor for 12 years. Published in 1994, it is widely regarded as the gold standard for teaching the sport of wheelchair tennis. Snow also wrote “Pushing Forward: A Memoir of Motivation” (2001) and “Too Far From Home” (2006), whose cover describes it as “A Book About Change, Teamwork, […]