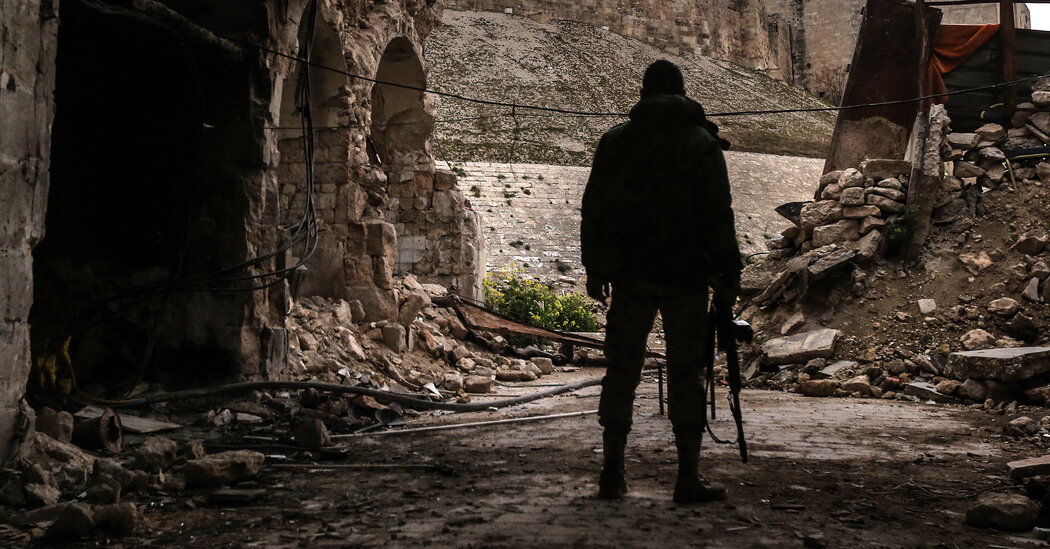 OTTAWA — A Canadian man admitted in court on Friday that he made up tales about serving as an Islamic State fighter and executioner in Syria. In exchange, Canadian authorities dropped criminal charges against him of perpetrating a hoax involving the threat of terrorism.

The man, Shehroze Chaudhry, had spread fabricated stories of life as a terrorist in Syria on social media beginning in 2016, according to an agreed statement of facts between prosecutors and the defense. He then repeated them to several news outlets, including The New York Times, which then amplified his tales, the statement said.

Mr. Chaudhry, who is now 26, had come to regret giving interviews to the news media and “wanted to finish school and turn his life around,” the statement said.

Prosecutors agreed to drop the charges because Mr. Chaudhry’s tales “were mistakes borne out of immaturity — not sinister intent and certainly not criminal intent,” his lawyer, Nader R. Hasan, wrote in an email.

Mr. Chaudhry was, however, required to post a so-called peace bond for $10,000, which would be forfeited if he violates terms of the deal. The prosecutor was not immediately available for comment.

Under the name Abu Huzayfah, Mr. Chaudhry, who lives in the Toronto suburb of Burlington, Ontario, was the central figure in The Times’s 10-part podcast series “Caliphate.” The release of that series in 2018, and other reports based on Mr. Chaudhry’s tales, created a political firestorm in Canada’s Parliament among opposition parties that repeatedly attacked Prime Minister Justin Trudeau’s government for seeming to allow a terrorist killer to freely roam the streets of suburban Toronto.

But in truth, there was little if no risk to the public. The statement of facts presented in the Ontario Court of Justice in Brampton on Friday concluded: “Mr. Chaudhry has never entered Syria nor participated in ISIS operations anywhere in the world.”

Last year, Mr. Chaudhry was arrested in Canada on charges that he perpetrated a hoax that terrified and threatened the public. After his arrest, The Times re-examined the ‘Caliphate’ series and found “a history of misrepresentations by Mr. Chaudhry and no corroboration that he committed the atrocities he described in the ‘Caliphate’ podcast.” The podcast did not hold up, The Times said.

The re-examination of the series found that “Times journalists were too credulous about the verification steps that were undertaken and dismissive of the lack of corroboration of essential aspects of Mr. Chaudhry’s account,” said Danielle Rhoades Ha, the spokeswoman for The Times. “Since that time, we’ve introduced new practices to prevent similar lapses,” she said.

The Royal Canadian Mounted Police interviewed Mr. Chaudhry in April 2017 — a year before the “Caliphate” podcast — based on information about his social media postings. At that time, he told them he had made up his tales of being an ISIS fighter in Syria.

Despite that admission to the police, he continued to portray himself in news media interviews and on social media as a former Islamic State fighter almost up to his arrest in September of last year.

The statement of facts presented in court on Friday said a Times journalist, Rukmini Callimachi, pushed Mr. Chaudhry to spin his false narrative.

“At times during the podcast, Ms. Callimachi expressly encouraged Mr. Chaudhry to discuss violent acts,” the statement says. “When Mr. Chaudhry expressed reluctance to do so, she responded, ‘You need to talk about the killings.’”

Mr. Chaudhry’s trial on the terrorist hoax charges was scheduled to begin in February. Prosecutors agreed to drop them in exchange for his confession, as well as his consent to post the peace bond and abide by its conditions.

Under the terms of the peace bond, which is reserved for people who the authorities fear may commit terrorist acts, Mr. Chaudhry must remain in Ontario for the next year and live with his parents. He is prohibited from owning any weapons, must continue to receive counseling and is required to report any changes in his virtual or physical addresses to the police.

The statement of facts said that even though Mr. Chaudhry’s tales of participating in Islamic State executions may have been untrue, “they provide reasonable grounds to fear that Mr. Chaudhry may commit a terrorism offense.”

Mr. Hasan, Mr. Chaudhry’s lawyer, said his client has made “an acknowledgment that he made mistakes.”

Instagram posts starting in 2016 — made under Mr. Chaudhry’s name and posted along with an identifiable photograph of his face — said Mr. Chaudhry had traveled to Syria in 2014 and been made part of the Islamic State’s Amniyat section, a group responsible for internal security, “for a bit less than a year.”

“I’ve been on the battlefield,” the posts said. “I support the brothers fighting on the ground.”

All the while, however, Mr. Chaudhry had been at his family’s home in Burlington or working at a restaurant it owns in neighboring Oakville, Ontario.

In November 2016, the Middle East Media Research Institute, a group based in Washington, compiled Mr. Chaudhry’s online claims of terrorist activity into a report that was distributed to Ms. Callimachi and the Royal Canadian Mounted Police, among others.

That report prompted an anti terrorism unit with members from various Canadian law-enforcement and intelligence agencies, including the Mounties, to open the terrorism investigation.

After confirming Mr. Chaudhry’s identity by matching an online portrait against the photo on his driver’s license, the police also obtained his travel records. In an meeting with the police on April 12, 2017, Mr. Chaudhry confirmed that he had written those posts.

“He also readily admitted that he never went to Syria,” according to the joint statement of facts presented in court.

The statement also says that shortly after receiving the research group’s report, Ms. Callimachi emailed Mr. Chaudhry to ask if he would speak about his supposed experiences inside the Islamic State. She soon traveled to Toronto to record interviews that were used for “Caliphate.”

Errol P. Mendes, a professor of law at the University of Ottawa, said the decision to drop the charges suggested that prosecutors and the judge concluded that Mr. Chaudhry was not a danger but more of “an immature young man who basically made up a lot of stuff and tried to convince people that he was far more influential than he was.”

Mr. Hasan, the defense lawyer, said in the email that the resolution of the case “takes into account the tremendous strides that Mr. Chaudhry has made over the past two years.”

“Despite the worldwide media attention this case has garnered and the stress of a criminal charge,” he wrote, “Mr. Chaudhry has managed to graduate from university and maintain full-time employment.” 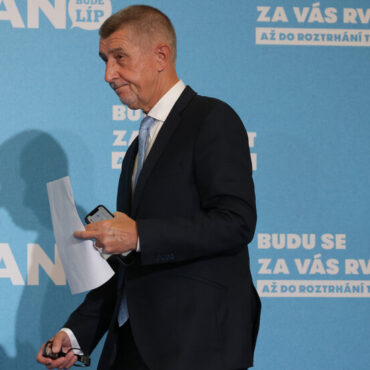 “He succeeded in making migration one of the main issues of the election, but anti-immigrant talk wasn’t enough; he lost,” Otto Eibl, the head of the political science department at Masaryk University in Brno, the Czech Republic’s second-most populous city, said in a telephone interview.The election, he added, did not revolve around policy choices but “was a referendum on Andrej Babis.”Neither the opposition coalition nor Mr. Babis won an outright […]